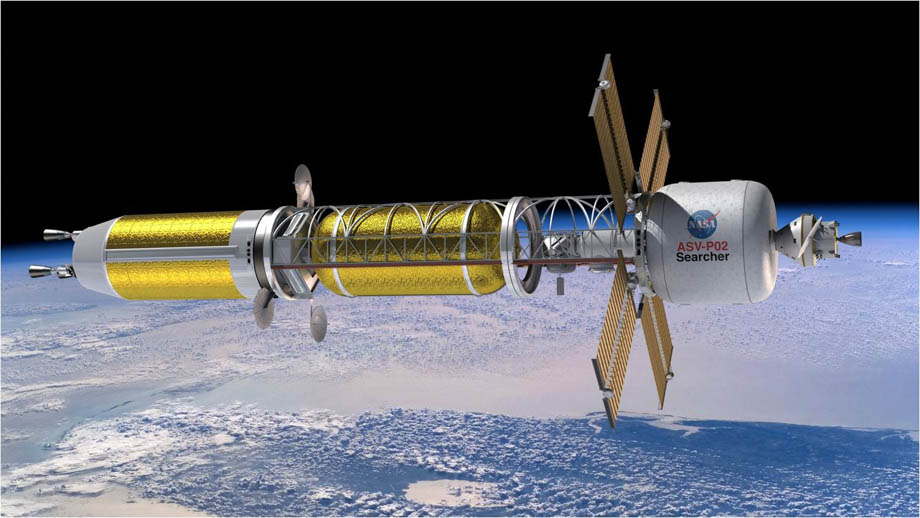 The Future of Nuclear Rockets for Space Travel

For Bill Emrich, working at NASA has been a life-long dream come true. “This has been my dream job, and something I thought about since I was a kid,” said Emrich, lead project engineer at the Nuclear Thermal Rocket Element Environment Simulator (NTREES).

Not only is Emrich the lead project engineer at NTREES, he also conceived and designed the megawatt-class thermal simulator. And Emrich’s current project is to determine the best material and method of designing nuclear rockets for space travel to Mars and beyond.


The Nuclear Rockets of the 20th Century


Nuclear rockets are not a new idea. Since the beginning of the space program, nuclear rockets were considered as a possible way to send astronauts to the Moon. The nuclear research that’s been done post-World War II in the 1950s officially became the Nuclear Engine for Rocket Vehicle Application (NERVA) project in 1961, under NASA’s supervision. The program ran for almost two decades, designing the certified XE engine that even then satisfied all the requirements for a mission to Mars. 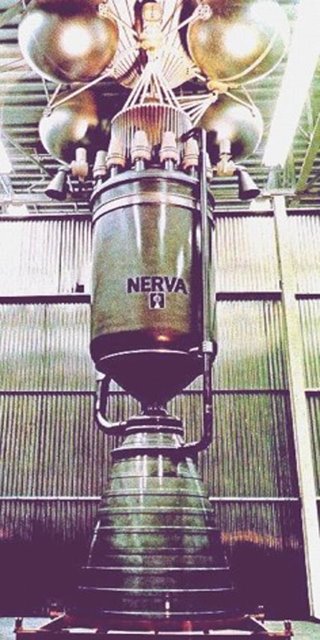 The 1960s NERVA engine designs are still used as the basis for modern nuclear rockets. Photo: NASA/Marshall Space Flight Center
“When President Kennedy first proposed the space program, no one knew exactly what was the best way to accomplish space travel. People were aware of the advantages of nuclear power even back then, and I thought to myself, nuclear rockets is what we need,” Emrich said. “But as the space program went on, multi-stages rocket becomes the more accepted method of space travel, and NASA realized they didn’t need nuclear rockets to reach the moon.”

The NERVA program eventually shut down in 1973 due to political influences and growing costs. The program cost almost $2 billion in total—that would be equal to nearly $173 billion in today’s money.

However, the program is widely considered a success: To this day, any nuclear rocket engine’s design still uses the same concept as the NERVA NRX or Pewee rockets.


The Nuclear Rockets of the 21st Century


Fast forward to now, and there is a new sense of urgency for space travel. The current administration issued a mandate to return to the Moon by 2024 and NASA has partnered with commercial aerospace companies, such as Boeing and Space X, to reach that goal.

Recommended for You: Commercial Crew: The Return of Manned Missions

But besides going to the Moon, the current administration has asked NASA to explore nuclear power as an alternative means for space travel. A memo issued in August 2019 has tasked NASA to develop safety protocols for operating nuclear reactors in space. The first flight of a nuclear engine could happen as soon as 2024.

Emrich has worked at NASA since 1987 and wrote the book on nuclear rocket propulsion. He and his team at NTREES have been working on designing, optimizing, and testing nuclear rocket configurations for the last ten years at the Marshall Space Flight Center.

There are two types of engines that can be used for nuclear rockets. The first is having a nuclear reactor generate electricity, which then powers the ion thrusters for electric propulsion. 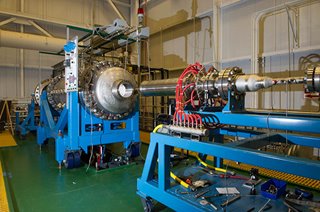 NTREES engineers test different types of uranium-based fuels in hopes of finding the perfect source for deep space travel. Photo: NASA/Marshall Space Flight Center
The second option is to have a nuclear reactor achieve high temperatures, then flowing cold hydrogen through the top of the rocket. Hot hydrogen exits the bottom of the rocket through a nozzle, acting as thrust just as a chemical engine would.


At the NTREES facility, engineers test nuclear engines with different uranium-based fuel types under the same conditions that would exist during space travel. The main stresses would be extreme high temperatures and pressures. A NERVA rocket’s highest temperature ever experienced was 2,250 degrees Kelvin or 3,590 degrees Fahrenheit.

While the nuclear rocket design hasn’t changed much since the 1960s, the fuel materials have improved significantly and are stronger now—even for handling nuclear energy. The nuclear engines are still powered by uranium 235, just as they were back in the NERVA projects day, but are now embedded into different materials. 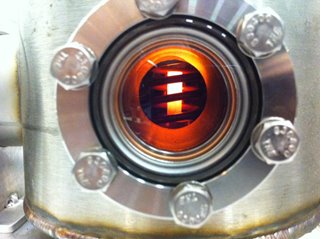 The uranium-based fuels are exposed to the same high temperatures and pressures in the test facility as they would experience during space flight. Photo: NASA/Marshall Space Flight Center
Carbon-based fuels are graphite-based with embedded uranium. The fuel is shaped into hexagonal prisms with a hole stroke where the hydrogen flows through them. Graphite can withstand the high temperatures but still requires coating on the flow channels. Otherwise, the hydrogen will attack the graphite, causing cracking.

Cermat fuels are a combination of ceramic and metallic materials. They are usually comprised of uranium, dioxide, and tungsten. Cermat fuels can better withstand the attacks from the hydrogen but have a lower tolerance against the high temperatures.

Editor’s Pick: How Engineers Put Astronauts on the Moon

The third fuel types are dicarbide or tricarbide fuels. These fuels are alloy-based and made of uranium, zirconium, and niobium. These fuels can handle the high temperatures extremely well and do not get attacked by the hydrogen flowing through the engine. However, they are brittle and tend to crack.

At NTREES, these different fuel types are shaped into different geometries to see which ones will perform the best. Even the smallest changes in the shape, or changing the way the graphite is coated, can lead to better rocket performance.


Nuclear Rockets and Travel to Mars


Determining the fuel for nuclear rockets is only the first step toward nuclear space travel. As Emrich points out, the work done at NTREES is only the beginning in a long process toward viable nuclear-powered rockets.

“Once the testing is complete, you have to take the fuel and put it into a nuclear reactor. Then that nuclear reactor has to work together with pumps, valves, hydrogen feed systems, nozzles, and so forth,” Emrich said. “You also have to test the fuel in a nuclear test reactor in the presence of a high radiation field, and ultimately perform an actual engine test powered by the nuclear fuel. So there's a lot that has to go on after the first step of testing the fuel.”

In order to travel to Mars, it will be necessary to perfect the design of nuclear-powered rockets. Those rockets not only have to reach Mars but also, more importantly, come back to Earth.

“Elon Musk and others want to take people to Mars and start a colony there. If you want to go to Mars and leave people on Mars, you can do that with chemical rockets,” Emrich said. “It will be a difficult journey but possible. But if you want to bring people back to Earth, you are almost forced to use nuclear-powered rockets. And at NASA, we are more interested in bringing people back home.”