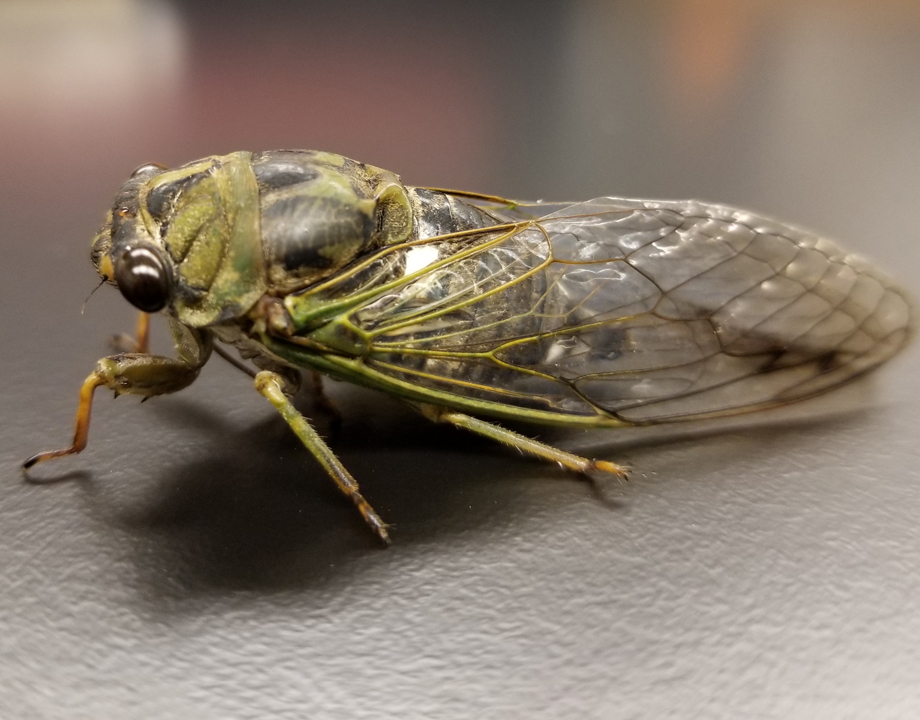 The Buzz about Cicada Wings

Cicadas are most well-known for the species that burrows out of the ground every 17 years to generate a very strong mating buzz. But it is their annual cousins who may be more interesting. At the University of Illinois at Urbana-Champaign, an interdisciplinary team of engineers, chemists, and biologists have devised a clever and low-tech method to reproduce nanostructures in those cicada wings that are key to repelling water and bacteria. The research may help in developing water-resistant or water-proof materials.

The cicada, Neotibicen pruinosus, is an annual species common in the central United States. “There’s probably a cost associated with having nanostructures on the wing,” said Marianne Alleyne, an entomology professor at the university. “They live for about two months. Periodicals live for about two or three weeks so they are not that invested in staying clean.”

The research is a collaboration between the university and the U.S. Army Corps of Engineers’ Construction Engineering Research Laboratory. To reproduce the nanostructures, the team simplified a fabrication process called nanoimprinting lithography, which can be expensive and labor intensive. The process often involves using toxic materials that could easily damage an insect wing or high temperatures that could damage or destroy the tissue.

Recommended for You: Why Flying Snakes Make Mid-Air Undulations

To make a template of the wing, Alleyne said researchers coat it with common nail polish and allow it to cure at room temperature. Then the template can be coated with a metal or a polymer. “The next step is to dissolve the template with acetone and at the end you are left with a perfect replica,” she said. 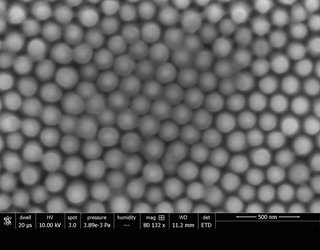 The wings of the cicada Neotibicen pruinosus were used at the master to fabricate replicas. A scanning electron microscope image (inset) shows the pillars on copper replica of the wings. Photo: Catherine Dana and Junho Oh, University of Illinois at Urbana-Champaign
While it sounds simple, the process was developed through a lengthy period of trial and error to find the proper formula of nail polish that would not warp or deform the wing tissue. It can be done in an open lab at room temperature and atmospheric pressure. “In the end it was the grad students who figured it out,” she said.

Results of the study, published in the journal Nano Letters, show the templates were fully dissolvable and produced replicas that average 94.4 percent of pillar height and 106 percent of the original wing’s pillar diameter. The team tested the process with two different materials, copper metal and PDMS, a flexible silicon-based organic polymer.”

In addition to Alleyne, the team’s leaders included Donald Cropek of the Corps’ construction lab and Nenand Milijovic, a mechanical engineering professor at Illinois and the Beckman Institute for Advanced Science and Technology at Illinois, an interdisciplinary research center.

Alleyne credits the structure with pushing forward the research. “We meet fairly often and it is a very diverse group of biologists, chemists, and engineers,” she said. “If you look at how people communicate within disciplinary boundaries, it is so siloed and hard to communicate with each other. A biologist wants to know why something is the way it is; engineers want to know how it is the way it is. Bioinspired design only works if you talk to each other.”