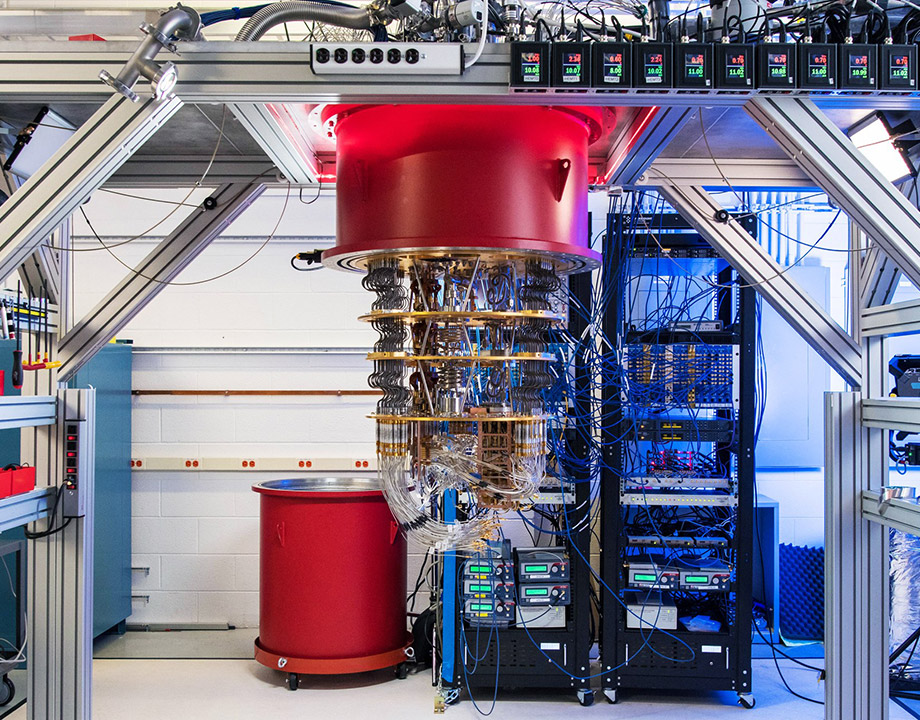 The Google quantum computer “Sycamore” recently solved an equation in 200 seconds, a task that would have taken a supercomputer thousands of years. Photo: Google

The Basics of a Quantum Computer

“Quantum computing” is one of the phrases that invoke the imagination of future technology. Along with artificial intelligence, self-driving cars, and robots, quantum computing has been heralded as the future of computing.

Companies like IBM, Google, and Honeywell—that has just unveiled its new quantum computer in partnership with Microsoft—are all developing quantum computing systems to tackle complex computations for both business and engineering services.

Understanding how a quantum computer works and operates is an ongoing puzzle, even to its own developers. The larger question is, can quantum computers become the future of computing and what role will engineers play in their development?


How Does a Quantum Computer Work?

For regular computers, bits are the basic unit of information. They are binary, that is, they can be either on, represented by a “1,” or off, noted by a “0.” This binary code is the language of computer coding. Arranging the 1’s and 0’s into different configurations enables us to see an image, a video, a text, or a graphic on any computer.

The basic unit of information in quantum computing is the qubit, and it has many possibilities. 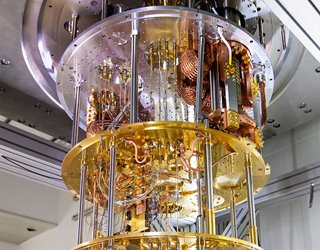 The IBM dilution refrigerator is comprised of several stages meant to cool the quantum bits to 10 to 15 milliKelvin, a temperature colder than outer space. Photo: IBM
"Physicists often think of a qubit like a little globe, with '0' at the north pole and '1' at the south pole," said Marissa Giustina, a Google research scientist and quantum electronics engineer. "The qubit’s configuration is represented by a point on the globe. In manipulating the qubit, we can send any point on the globe to any other point on the globe."

Google’s quantum computer, for example, can perform complex test computations within 200 seconds. The most powerful supercomputers would spend years to finish the same computations.

You May Also Like: AI to Predict Kidney Failure in Advance

For each of these states, the value of qubit can only be measured in 1’s and 0’s. So while information can be stored in multiple states, computing those states still require a binary relationship. This is the current hurdle of quantum computing. Researchers are working on how to scale up quantum computers and how to measure the quantum processors accurately.


What is Inside a Quantum Computer?


The inside of a quantum computer resembles a massive fridge. The dilution refrigerator is layered in tiers that create colder and colder levels until it reaches super freezing temperatures of 10 to 15 milliKelvin, which is colder than temperatures in outer space. These temperatures allow quantum processors to create superposition and entanglement scenarios.

IBM’s quantum computer can be broken down into seven areas. It starts with the qubit signal amplifier. This first is one of two amplifying stages where the cooling starts to a temperature of 4 Kelvin. The second area is the input microwave lines, where attenuation is applied to each stage of the refrigerator to protect the qubits from thermal noise while controls and signals are sent to and from the processor.

The third area is the superconducting coaxial lines that direct the signals between the first and second amplifying stages. The fourth area is cryogenic isolators, which enable the qubit signals to go forward while preventing noise. The fifth area is quantum amplifiers inside a magnetic shield, which captures and amplifies readout signals while minimizes noise. 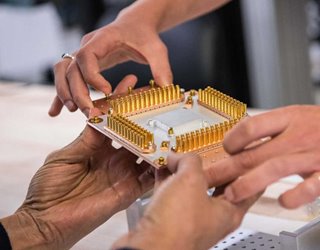 This device is massive, and the processors are its finite resource. Google’s quantum computer Sycamore is a near intermediate noisy quantum (NISQ) device. The Sycamore has about 50 qubits and a finite lifetime. A NISQ device will perform up to a few thousand quantum operations, and then you will need to replace the quantum processor with new qubits. The limited computational lifetime forces engineers to carefully decide which computations will be performed.


How Engineers Will Impact Quantum Computing?


To date, quantum computer use cases are limited and have revolved around solving complex data scenarios that would be difficult for supercomputers.

“We think quantum computers are going to be used to accelerate the types of computations that are hard for classical machines. Simulating nature is something that is really hard—such as modeling atomic bonding or electronic orbital overlap. Instead of writing out a large summation over many terms, you can now simulate the system directly onto a quantum computer.”

Watch our Video on: CES 2020 Highlights in Robotics, AI, and Smart Vehicles

Honeywell has partnered with two quantum software and algorithm providers, Cambridge Quantum Computing and Zapata Computing, to launch and to research use cases for their quantum computing.

"Materials companies will explore new molecular structures. Transportation companies will optimize logistics. Financial institutions will need faster and more precise software applications. Pharmaceutical companies will accelerate the discovery of new drugs. Honeywell is striving to influence how quantum computing evolves and to create opportunities for our customers to benefit from this powerful new technology," said Adamczyk.

A prime example of using quantum computing is for chemistry applications. Quantum computers can predict the behavior of molecules in a solar cell, because the same laws of physics govern qubits in a quantum processor. It provides engineers with a more accurate model of how their design will function.

While computer processing is advanced, the systems used to create a quantum computer are still based on traditional engineering.

“To build the dilution refrigerator, traditional mechanical cryogenic engineering is used to achieve the super cold temperatures,” said Yu Chen, a quantum electrical engineer at Google. “Also, the control signal used to command the qubits are based on classical micro-electrical engineering principals.”

On the mechanical side, creating stable heating and cooling systems will be the main task. Vacuums are used to create the low temperatures, and the challenge is to figure out how vibration will affect the computer’s systems. Mechanical engineers will need to design a cooling system capable of the low Kelvin temperatures without damaging the equipment.

“There is a lot of unknown in terms of how the current environment will interact with quantum systems. We will need a lot of help from the engineering community to reach the next stage,” Chen said. “How do we modify classical computing facilities to house quantum computers? How should we build logic facilities? What are the mechanical concerns to house a quantum computer? These are questions that the engineering community will need to answer once the quantum computer begins to scale.”