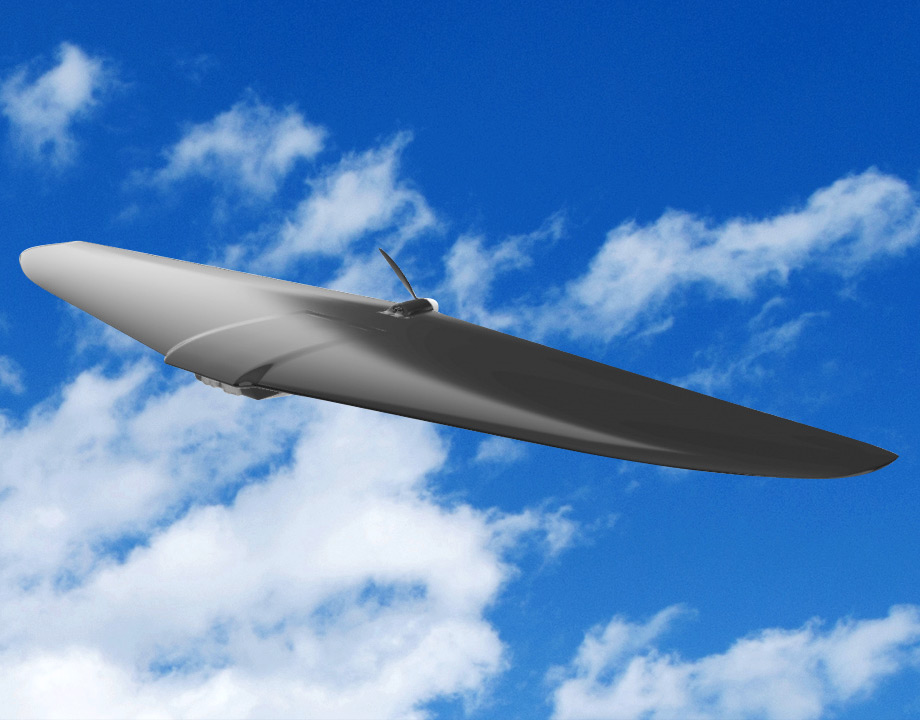 Russian scientists developed a method to design drones, like this one, using mathematics and algorithms. Photo: TSU

A lot of engineering goes on behind the scenes, just as it does in designing an airplane.

Engineers who design unmanned aerial vehicles (UAVs), more commonly known as drones, face some unique engineering challenges. Afterall, these machines have many moving parts and they have to fly—as the name implies—without a pilot at the controls.

No wonder that as drones become more advanced, engineers must spend more time designing them, said Kirill Kostyushin, a researcher at the Tomsk State University (TSU) in Russia.

His team wanted to approach drone design in a new way. Their method calls upon the center’s supercomputer, called SKIF Cyberia, to run quickly through vast amounts of numerical data to find best drone designs based on the engineering specifications, Kostyushin said.

This essentially automates drone design and helps engineers solve the problems they commonly encounter when working on a new version of these aircraft, he added. The automated design processes are also supposed to speed up development and production.

Recommended for You: Laser Weapon to Shoot Down Drones

“Manufacturers that call upon the help of the automated system can have an edge in a competitive marketplace, because the supercomputer approach reduces dependence on real-world prototypes, enables faster iteration in response to customer feedback, and improves the quality of the final product,” Kostyushin said.

The supercomputer approach can also be used to construct aircraft models and to optimize the performance of existing aircraft, he added.

Kostyushin’s method calls upon supercomputer’s swift numerical modeling capabilities, and SKIF Cyberia is well suited to tasks like these. The supercomputer cluster has 11.8 terabytes of memory and a total peak performance of 106.82 teraflops. 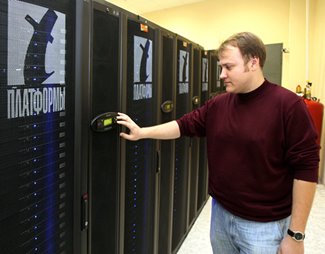 SKIF Cyberia supercomputer works not only on drone design, but on space technology and materials science. Photo: TSU
Here’s how it works: Computing engineers created cloud software linked to the TSU supercomputer. Then, mechanical engineers create a 3D model for the drone, added their engineering requirements, and upload it into the software. Requirements can include specifications such as maximum lift, wingspan, flight time and distance, and speed.

SKIF Cyberia uses vast amounts of data and algorithms to perform aerodynamic calculations. Those identify potential problems with the uploaded design, while the supercomputer proposes options that could improve it. Engineers then test a proposed design—with improvements made—in a virtual wind tunnel to assess performance.

TSU scientists have already released the first laboratory copy of a drone created by their supercomputer. The drone is designed to monitor the environment by assessing air quality with an onboard gas analyzer. Also, the drone can survey terrain to identify new landfills and illegal dumping of waste.

You May Also Like: How Long Can a Drone Stay in the Sky?

In the future, such a UAV can be used to search for wildfires in the Tomsk region, in Siberia, Kostyushin said. In the summer of 2019, over 3 million hectares of Siberian forests were on fire, mostly in remote and inaccessible areas, an impossible task for monitoring and extinguishing by traditional means.

Tomsk researchers are also taking advantage of their supercomputer for other tasks, including designing rockets and space technology, mining equipment, and the creation of new types of rocket fuel and superhard coatings.

For instance, in the September 2019 edition of the journal Supercomputing Kostyushin and his fellow authors published results of a 3D simulation of the soft landing of the ExoMars spacecraft on the Mars surface. The researchers studied the interactions of multiple supersonic jets with surfaces on Mars using the known gas, lift loss effect, erosion, and particle motion on the planet.