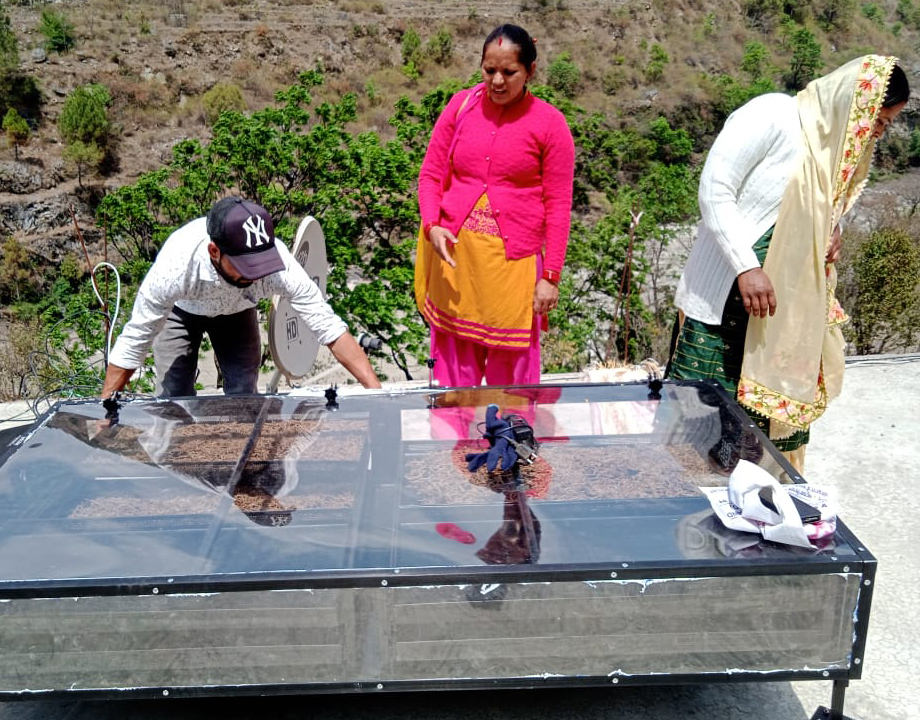 Electric Power Electrical Equipment and Appliance Manufacturing Energy
Food is essential to life, but in many places, cooking can lead to premature death. That’s because around one-third of the global population cook over open fires, according to the World Health Organization. In India, the government estimates that 1.5 million premature deaths occur each year due to indoor air pollution caused primarily by wood fires, and women and children are the most affected, as they spend more time at home.

Devang Joshi is an entrepreneur from Surat in the state of Gujarat, one of the sunniest places in India. One of his ventures is making and selling solar-powered ovens and dryers so that rural people can cook and preserve food without risking their health. 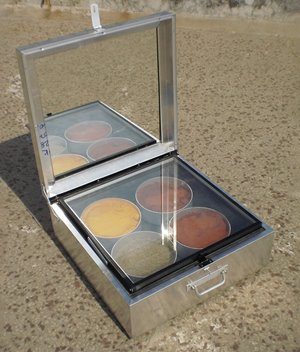 An entrepreneur from Surat is helping rural residents live better with solar ovens and dryers.
His company, Rudra Solar Energy, tries to "grab the power of the sun" and put it to get daily activities done. Since the start of the company in 2006, Joshi and his partners have used engineering for more efficient and decentralized solutions. The company sells large Fresnel lenses, used for heating materials with concentrated sunlight, and a solar desalination system.

Products focused on food preparation are solar dryers, solar cookers, and a solar oven, which are the most popular.

The solar oven “has been designed in such a way that it has a longer heat storage life, stability and a wider temperature range above 150-180 degrees Celsius,” Joshi said during a recent talk on the modern energy transition in cooking. “Our solar ovens could be used for making simple dishes, but also for industrial moisture removal applications.”

The Rudra solar ovens take around 90 minutes to two hours to cook a typical meal. According with Rudra´s website, the process time depends on intensity of the sunshine and the nature and quantity of material to be cooked. “Hard meat and pulses take some more time to cook,” the website warned.

In spite of the advantages of clean, fuel-free cooking, Joshi believes that people still resist the use of these implements. One stumbling block is the fear that foods cooked with solar energy will taste differently than they expect.

“Food cooked in Rudra Solar Cooker tastes much better than food cooked over conventional stoves,” Joshi said. “In slow cooking, natural flavors and fiber retains its shape. Cooked food rises to its full volume and is fluffy. The food is always tender and more palatable.”

The company also supplies multipurpose solar dryers, which the company says are changing the lives of people in rural areas, many of whom are small-scale farmers. The dryers can dehydrate all sorts of crops without affecting their nutritional value, color, aroma, or taste. This enables farmers to preserve crops that might otherwise spoil before reaching market. Because the units are modular, farmers can purchase systems that meet their needs.

In the last 10 years, Rudra has sold around 30,000 solar drying units, and over the past five years, around 2,000 small-scale home enterprises have adopted them.

More Like This: 8 Hot Applications for Solar Thermal Power

There’s still a large market for these solutions, however. Due to the expansion of India’s economy and population, there is a growing demand for energy. While that could be met by fossil fuels, there is big awareness around the advantages of clean energy in the country, and the Indian government has encouraged the development and implementation of solar resources.

That should guarantee that solutions like solar ovens and dryers should become more commonplace in rural India.