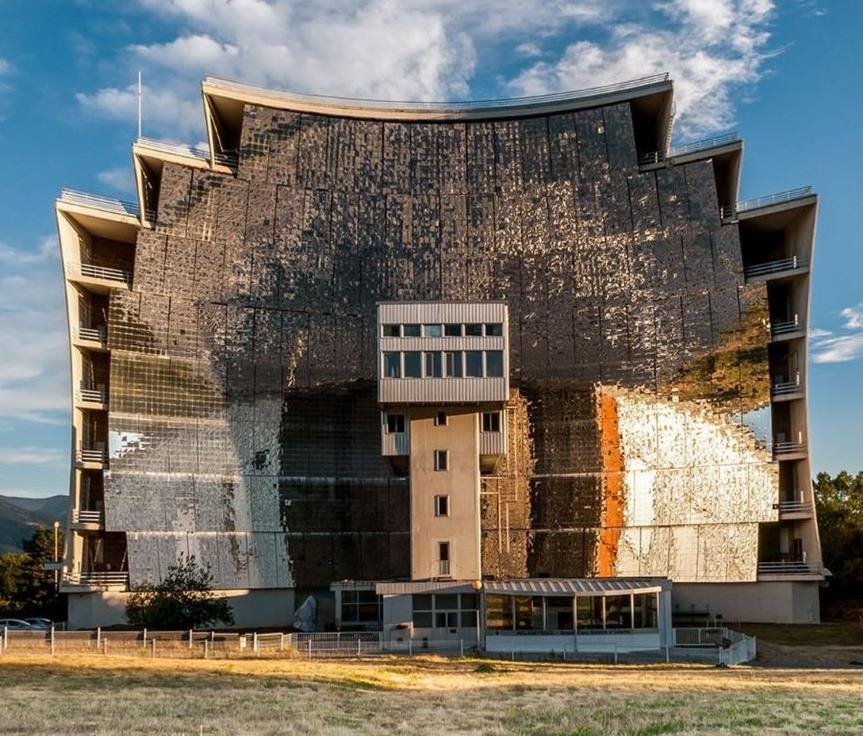 Solar energy is more than photovoltaics. The heat from sunlight can used in many ways.

When we think about solar power, most of us think of photovoltaic solar technology, which converts sunlight directly into electricity using panels made of semiconductor cells. However, a popular alternative to photovoltaic systems that can be just as effective is solar thermal systems, including concentrated solar power (CSP). These systems capture heat from sunlight and then directs the heat to various operations or applications.

In a CSP system, mirrors reflect a larger swathe of sunlight to a small patch, which is heated in proportion to the amount of solar energy and the area receiving that energy. Collectors may absorb the heat and transfer it to a fluid such as air, water, oil, or molten salt which is then sent to the areas to be heated. In larger systems, the heat from the fluid can create steam, which drives a generator to create electricity.

Solar thermal power can be used at all scales, from residential heating applications to industrial installations. For most applications, the operating temperatures is 200 °F or less. Because the thermal energy is directly applied to heating, it can by more efficient than photovoltaic systems.

Below are eight direct applications of solar thermal power that can be used today. 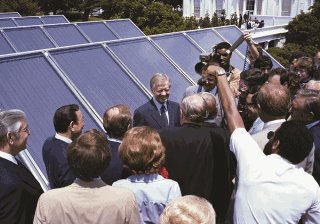 A solar water heater consists of a collector and a storage tank. A transfer liquid in the collector captures the heat directly from the sun. The heated liquid then circulates through a heat exchanger in the tank, transferring the heat to the water. Perhaps the most famous solar water heating system was installed on the roof of the West Wing of the White House in the summer of 1979.

President Jimmy Carter was looking for ways to promote alternatives to fossil fuels during the late-1970s Energy Crisis. To symbolize “the power of the sun to enrich our lives as we move away from our crippling dependence on foreign oil,” Carter brought in 32 solar panels to heat water in the presidential household. The panels served the White House for seven years until President Ronald Reagan had them removed in 1986.

The Benefits of Joining ASME


Similar to the solar water heater, swimming pool water is circulated through a series of valves to a collector, where it absorbs solar heat and is then sent back into the pool. The cycle repeats until the pool reaches the desired temperature. A smaller-scale system heats hot tubs. 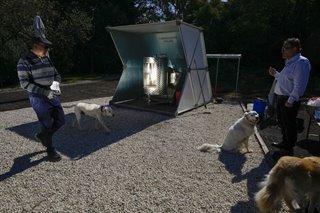 Italian engineers have developed a solar-powered coffee roaster. Antonio Durbe and Daniele Tummei built a 40-mirror field that tracks the sun and focuses its light on a rotating steel basket containing coffee beans, which can roast in 20 minutes at temperatures of about 450 °F. The system can roast over 100 pounds of coffee per hour. In the sunny south of Italy, the inventors say, the system can roast 30 tons of coffee a year and save 60,000 kilowatt-hours of electricity. 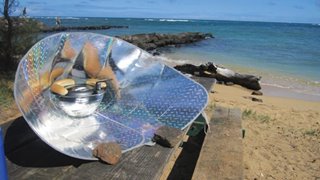 One simple way to cook food, especially in rural areas where electricity or cooking fuel might be scarce, is using a solar oven. A reflector directs sunlight through the glass top into a compartment where the food slowly cooks. Box cookers can produce enough heat for baking or reheating, while models employing parabolic mirrors can quickly reach temperatures high enough to safely cook meat. 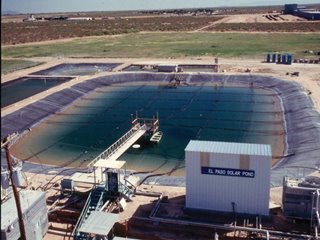 A solar pond is a body of highly saturated saltwater designed to collect and store solar thermal energy. The saltiest water at the bottom heats up but is too dense to mix with the cooler layers above it. As a result, the brine remains trapped. Temperatures can reach nearly 180 °F in the stratified layers. A 0.8-acre solar pond built in El Paso, Tex., in the 1980s produces hot water for industrial process heat in a canning facility. The operation later added an organic Rankine cycle turbine using a refrigerant that boiled at the temperature of the heated saltwater. 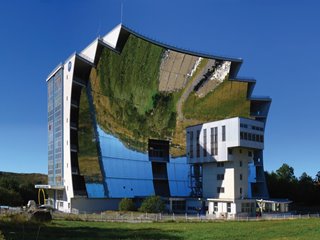 Large CSP systems are capable of producing very high temperatures. The Odeillo solar furnace in southern France uses a field of 9,600 mirrors to reflect sunlight onto a parabolic reflector that could concentrate the sunlight by a factor of 10,000. Temperatures in the 16-inch diameter target can exceed 4,500 °F. In the U.S., researchers at NREL have also created a solar furnace. Their model uses only 25 mirrors to concentrate solar radiation, delivering 10 kW of thermal power to a focal area about four inches in diameter within the laboratory control room.


A CSP solar farm relies on thousands of mirrors to concentrate the sun’s energy and direct it toward a tower or other receiver, generating heat that is then converted to electricity to power generators. The Ouarzazate Solar Power Station located in Morocco, is one of the largest solar power complexes in the world, with an installed capacity of 510 MW. Heat is stored in molten salts. Another large complex is the Ivanpah Solar Electric Generating System in the Mojave Desert in the U.S.—the plant generates about 400 MW from 173,500 heliostats, each with two mirrors that focus the CSP.

Check Out the Infographic: Clean Electricity Around the World


The biggest advantage of CSP over PV is that it circulates heat, not PV-generated electricity. Heat is necessary for many manufacturing and industrial processes—in fact, according to the International Energy Agency, heat makes up two-thirds of the energy demand of the world’s industries. Therefore, using CSP-generated heat is one way these industries can reduce their carbon footprints.

CSP could also be deployed in a variety of ways, at different scales. For example, a CSP plant could be integrated into other power plants or utility operations, thereby offsetting total energy costs and reducing carbon emissions. In fact, widespread adoption of CSP could help the world achieve its climate goals more quickly.