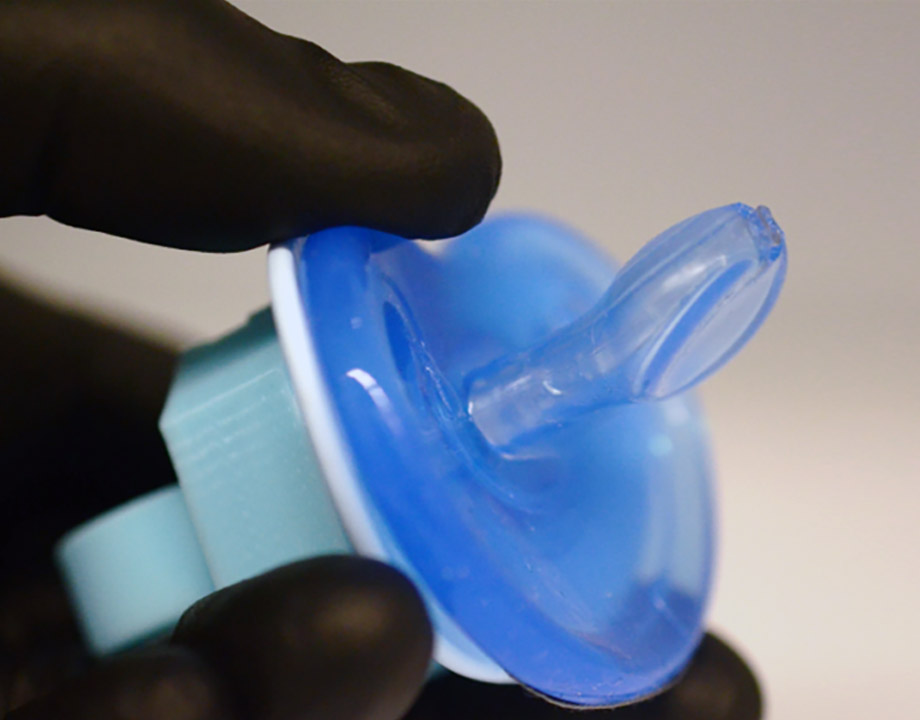 Researchers are developing a pacifier biosensor that can measure blood sugar while the baby sucks on it. Photo: UCSD

Babies can cry and babies can coo—beyond that they’re not too good at telling us how they’re feeling. It’s hard to diagnose them, and, becase no one wants to stick needles in a baby more often than is strictly necessarily, it’s hard to test them. These difficulties would make infants the ideal candidates for wearable sensors, except they do everything in their power to get things off from their bodies.

Now a group of researchers from Spain’s University of Alcalá, in conjunction with engineers from the Department of Nanoengineering at the University of California, San Diego, have set out to create a sensor that babies might want to engage with: a pacifier.

The prototype is made to test glucose levels.

“We modified the pacifier as little as possible, so that the baby could not tell the difference from a common one and reject it,” said Alberto Escarpa, a professor of analytical chemistry at Alcalá.

The sensor and all the electronics are kept on the outside of the pacifier, so there’s no risk to the baby—or the sensor. A small channel in the nipple collects saliva and, with the help of the baby’s natural mouth movements, it gets pumped up to the glucose sensor.

To prevent the saliva from reentering the baby’s mouth after it’s touched the sensor, plastic valves keep the flow unidirectional. After coming in contact with the sensor, they emerge on a hydrophilic pad and are exposed to the air. 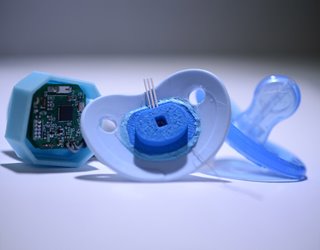 Diabetic babies won’t be the only ones to benefit from the new binky. “A low glucose level in a healthy baby may be a good indicator that they are hungry, and it is very difficult to tell if a baby needs to eat more or if they are sick,” Escarpa said. The pacifier would solve that problem in a matter of seconds.

Other metabolic diseases such as phenylketonuria and tyrosinemia can be monitored as well. “The applications of the device are huge,” he said.

But before babies begin biting the bio-binky, there’s work to be done. For one thing, so far only adults have used one: Those same adults who worked to create it.

“Sucking it in front of everybody else is a funny situation,” Escarpa said. “It led to a lot of anecdotes and jokes. For example, there was an intense discussion with all the researchers in the lab about what was the correct and precise technique of sucking a pacifier by a baby, and then a lot of practice to learn how to use it as a baby does.”

To commercialize the product it has to finally get in the hands—and mouths—of babies. After a few more design tweaks, Escarpa and his colleagues plan to move to hospital trials and measure the glucose levels of actual infants.

As the pacifier is made mostly from a commercially available one, the materials have already been approved. So it shouldn’t be long before the pacifier makes the leap from trials to drug store shelves. Babies, and parents, everywhere will surely be grateful to swap the finger stick for the nipple.