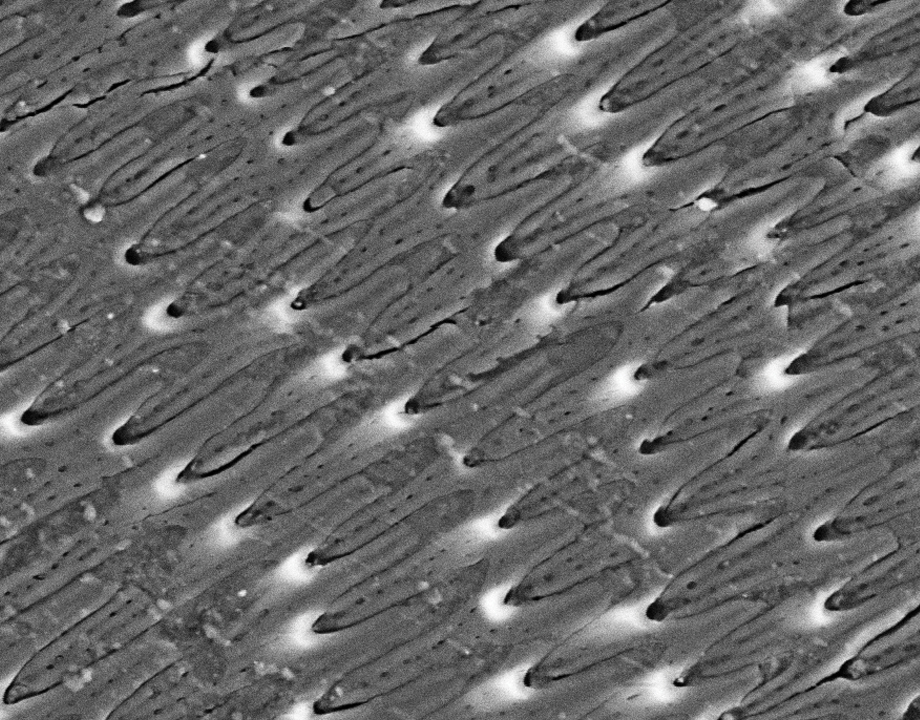 High heels are uncomfortable. But picture a high-heeled shoe that can vary the cushioning it provides according to the surface it treads. Even better, this specially designed footwear might not only absorb the force on the foot but also release some of that energy back, making walking seemingly effortless.

To design such a shoe, look no further than the snake, said Hisham Abdel-Aal, a tribology researcher with Laboratoire de Mécanique et Procédé de Fabrication at the Arts et Métiers in Châlons-en-Champagne, France. Shoe design depends on understanding load-bearing forces and friction, among other factors, which snakes have optimized.

Shoe design is not the only area where engineers can apply the knowledge from snake-inspired intentional surface design. A workaround for dry machining (without lubricants) propelled Abdel-Aal’s early research. Dry machining was gaining traction in Europe as a way of decreasing the use of toxic lubricants. The challenge was to modify the surface of machining inserts to compensate—the solution: a deterministic surface with textures that behave predictably under varying external conditions. 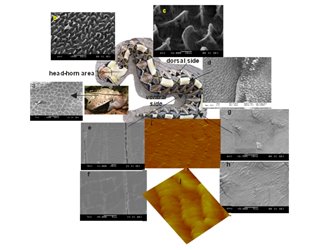 A microscopic view of a snake’s scales. Photo: Laboratoire de Mécanique et Procédé de Fabrication
Snakes have certain repeating elements in their skin surface design, from the size and shape of scales to microscopic hair-like elements called fibrils that enable friction control. Abdel-Aal believes that understanding these snakeskin patterns is the first step toward designing better surfaces. Four parameters cross over elegantly from bio-inspired surfaces featuring protrusions and dimples to snakeskin: the total area of the feature; the feature-to-surface ratio; protrusion height; and height-to-base ratio.

Outlining these parameters enables engineers to craft surfaces with textures that behave predictably. In other words, once you have mapped a variety of snake skins—Abdel-Aal has mapped skins from about 50 different species—you have a reference guide that helps you design a surface.

Engineers can benefit by studying not just the snake’s skin but also how it uses this skin and the rest of its body to comply with Amontons’ laws of friction, which state that frictional force is a function of the area of contact between two bodies and the load on them. “If you want to control friction, you either control the force [on the two bodies], or you control the area,” Abdel-Aal said. The snake does both.

You May Also Like: Ladybug-Size Sensor May Be a Lifesaver

The tribological takeaways from snakes are already making an impact. To reduce friction in prosthetic hip joints along with other applications, a collaboration with researchers in the National University of Colombia, Medellin, developed elliptical texture patterns inspired by the python on the surface of titanium alloy pins. The patterns reduced friction by about 15 percent.