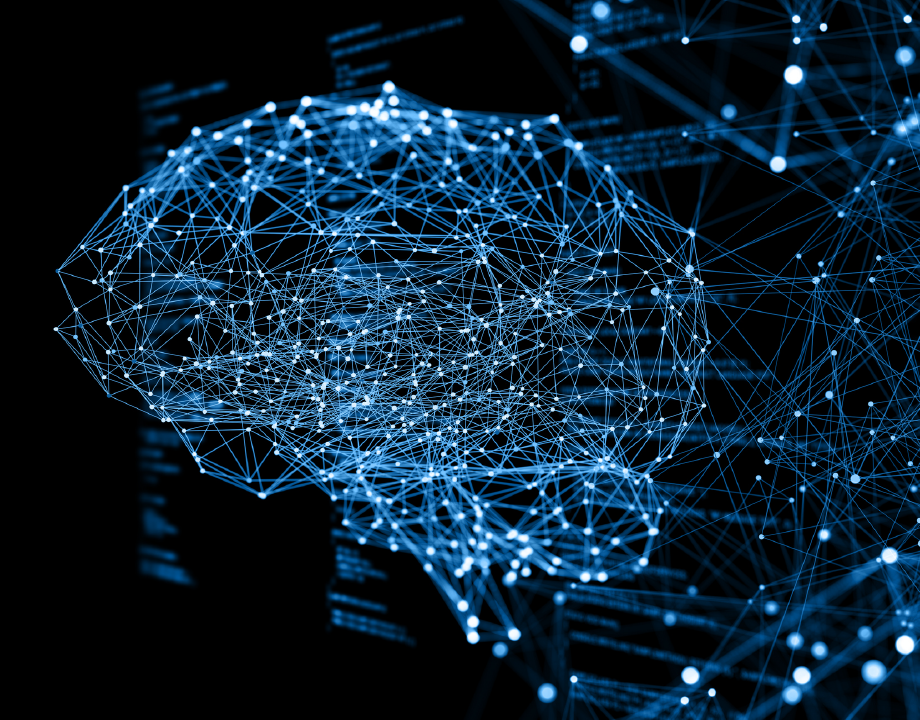 A research team combined 3D imaging with 3D printing to reconstruct tumor morphology to test how it responds to drug treatment.

The human brain functions within its own sealed environment, the human head, making it a notoriously difficult place in which to conduct clinical research. But if drugs that help fight brain tumors are to be found, that research needs to be done.

Now, scientists at Northeastern University in Boston and the Rensselaer Polytechnic Institute are perfecting a way to print live brain tissue in three dimensions. When tumor cells are introduced, they infiltrate the model, responding the way they would within the brain itself.

The bioprinting method gives researchers a way to study how glioblastoma (GBM) tumors respond to drug therapies in a bid to find the most successful treatment.

GBM is the deadliest form of brain tumor, with only 10 percent of patients surviving more than five years after initial diagnosis. What’s more, GBM tumors grow and spread rapidly and standard treatments like radiation, chemotherapy, and surgery are only marginally effective.

“Because there’s no effective treatment for GBMs, we need to understand how they respond to drugs,” said Guohao Dai, an associate professor of bioengineering at Northeastern. But it’s not easy to follow a tumor that grows with such speed within the brain.

“It’s difficult to do research on the human brain tumor because you can’t really see what’s going on,” Dai said.


To find a drug regime capable of fighting GBM, scientists need to be able to understand exactly what happens between the time chemotherapy or radiation treatment shrinks the tumor and the time it comes back, he said.

“We can take cells from patient and implant them into mouse, but the mouse model isn’t exactly human cells. And it’s expensive to make mouse models,” he said. “Also, the models take time and don’t know what’s happening in the middle, during the growth.” 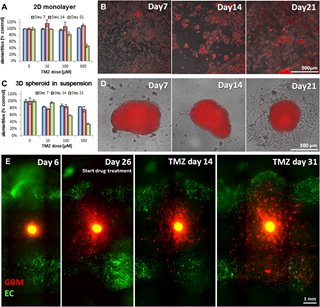 A high-resolution tomographic depiction of drug response to GBM brain-cancer cells cultured in different settings. The tumor shrank 14 days after treatment. However, some GBM cells survived the treatment and resumed their active invasion even as treatment continued. Image: Northeastern University
The scientists knew that to gain direct insight into the behavior of GBM tumor cells, they’d need to see how those cells behave within the brain. To that end, Dai led a team of researchers in bioprinting the 3-D tumor model. It includes microenvironments that mimic GBM tumor behaviors and that act as brain tissue for the tumor cells to infiltrate.

“We use human brain blood vessel cells, and connect them with all the major cell types in the human brain,” Dai said. “We then stack them and print them in 3D.” In the middle of the structure, which is only a few millimeters thick, the researchers place GBM tumor stem cells derived from patients with the brain tumors.

Next, researchers needed a way to get an accurate picture of what was happening inside the model without disrupting it. That’s where Xavier Intes, a biomedical engineer at Rensselaer Polytechnic Institute, comes in. He used a laser to scan the model and to quickly create a 3D snapshot of the cellular structure with an imaging technique developed in his lab.

Read Our Bioengineering Blog: Simulation at the Crossroads of Engineering and Biology

“We combined 3D imaging and 3D printing on the same platform to reconstruct tumor morphology and growth and see how it responds to drug treatment,” Dai said.


The researchers were able to evaluate the effectiveness of a commonly used chemotherapy drug, temozolomide. Their findings were disappointing—not because their testing methods didn’t work, but rather because they did work, showing temozolomide to be an ineffective treatment for GBM tumors.

Initially, the tumor shrank in response to the drugs, but then it grew back swiftly and aggressively, mirroring the experience of GBM patients who receive the drug.

“We monitored this chemotherapy over two months. And what we found was the chemotherapy was not able to kill the tumor,” Dai said. “So we need to develop and screen other chemotherapy drugs.”

Recommended for You: Robotic Worm to Navigate Through Human Brain

The team’s 3D bioprinting and imaging method will aid those future developments.

“The whole idea is to use this for preclinical testing before you test on a human,” Dai said. Meanwhile, they’ll continue to further improve the model, so it better responds in the same way the human body does. “It’s still doesn’t exactly mimic the body,” Dai said. “We’re going to compare gene splice in our model with mouse models and may make changes.”

He expects the 3D model to be ready to run preclinical drug-screening tests in about five years.