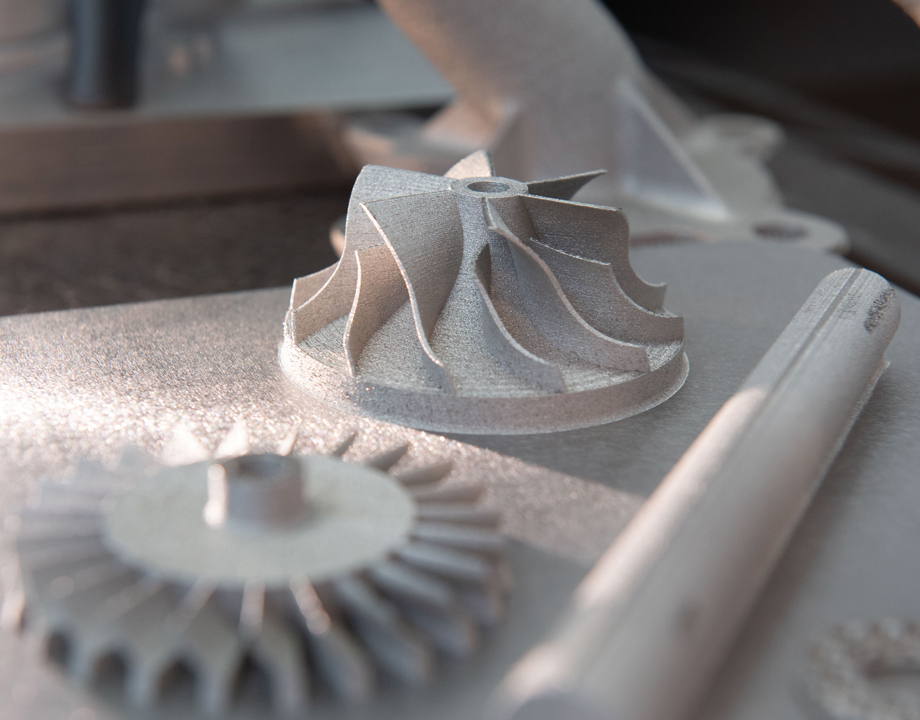 For members of the armed forces, 3D-printed parts have a key advantage because they can be made quickly and easily at less cost onsite or in the field, providing a tactical advantage that can keep soldiers on the move.

Compared to traditionally cast or machined components, however, 3D-printed parts typically have structural imperfections that can negatively impact strength and performance in ways that traditionally machined parts do not. Determining when a part will fail could be the difference between successfully completing a mission and needing to be rescued.

U.S. Army researchers at Aberdeen Proving Ground in Maryland recently discovered a way to use sensors to monitor the performance and degradation of 3-D printed parts over time. With this data, they can predict when a part will need to be replaced.

The research team utilized sensors to monitor wear and tear on 3D-printed parts made from maraging steel, a type of steel that is hardened with cobalt, molybdenum, titanium, and aluminum. The tests confirm that sensors can successfully predict when parts need to be replaced, before failure occurs, thereby avoiding expensive downtime. This type of predictive maintenance, combined with the ability to make replacement parts in the field, further ensures readiness for military operations.

“The ability to 3D-print replacement parts would also significantly reduce the logistical costs associated with supplying replacements from more distant locations,” said Todd Henry, a mechanical engineer with the mechanics division at the Army Research Laboratory and a lead researcher on the project.

Henry and his team published its findings in the International Journal of Advanced Manufacturing Technology.

The goal of predictive maintenance is to get the most life out of a part that is wearing out, before it breaks.

“If I took a batch of paper clips and started bending them back and forth, they’ll break from fatigue damage at different intervals depending on the internal imperfections associated with the steel,” Henry said. “Every real-world material and structure has imperfections that make it unique in terms of performance so if the batch of paper clips take 21 to 30 cycles to break, what we would do today is after 15 cycles throw the batch of paperclips away, just to be safe.”

Henry and the research team assessed the real-time fatigue behavior of maraging steel beams that were fabricated using laser powder bed fusion, an additive manufacturing technology. The goal of the work was to use digital image correlation (DIC), structural compliance, and eddy current magnetic permeability in-situ measurements to determine the fatigue behavior of the beams.

The testing consisted of measurements of porosity via X-ray computed tomography, nano-indentation modulus and hardness, and atomic force microscopy topography, followed by quasistatic experiments to capture the stress-strain magnetic permeability behavior and then subjecting the beams to fatigue loading and monitoring the results.

More for You: Podcast: Ergonomic Tools for Manufacturing

“Measurements of structural compliance and DIC tensile strain over time were shown to be sensitive to damage at approximately 90 percent of life,” the team wrote in their paper. “DIC measurements were situationally more sensitive depending on colocation of failure and observation where structural compliance was consistently agnostic to failure location. Eddy current measurements were better able to capture the mechanical state as early as 50 percent of life, depending also on failure location.”

One of the top challenges for future research will be finding a sensor that is sensitive to the earliest stages of fatigue life, most of which are not, Henry noted. “The eddy current response was sensitive to maybe 50% of life,” said Henry. “This result is OK, but going forward we need either a better sensor or, in design, make a section of the structure that is always the failure location, so a smaller volume of material needs to be monitored. Temperature is also a concern—extreme heat and cold both change the sensor behavior and may damage the sensor.”

Initial results of this study are promising.

“The strain or eddy current sensor can supply a measurement that can let us know when a part needs replaced,” Henry said. He hopes to develop a sensor technology tool that can track individual 3D-printed parts and predict their failure points, so they can be replaced a few cycles before they break.

Parts that can be monitored range from simple components like door handles to mission-critical parts such as helicopter rotator hubs.

“Going forward,” Henry said, “we need better sensors that can detect very small changes in structural or material behavior, to capture the very earliest stages of fatigue life. Another possibility is miniaturizing sensors so they can be embedded in the part. We will also be looking into machine learning applications, instead of sensors, to characterize the life of parts.”

Mark Crawford is a technology writer in Corrales, N.M.