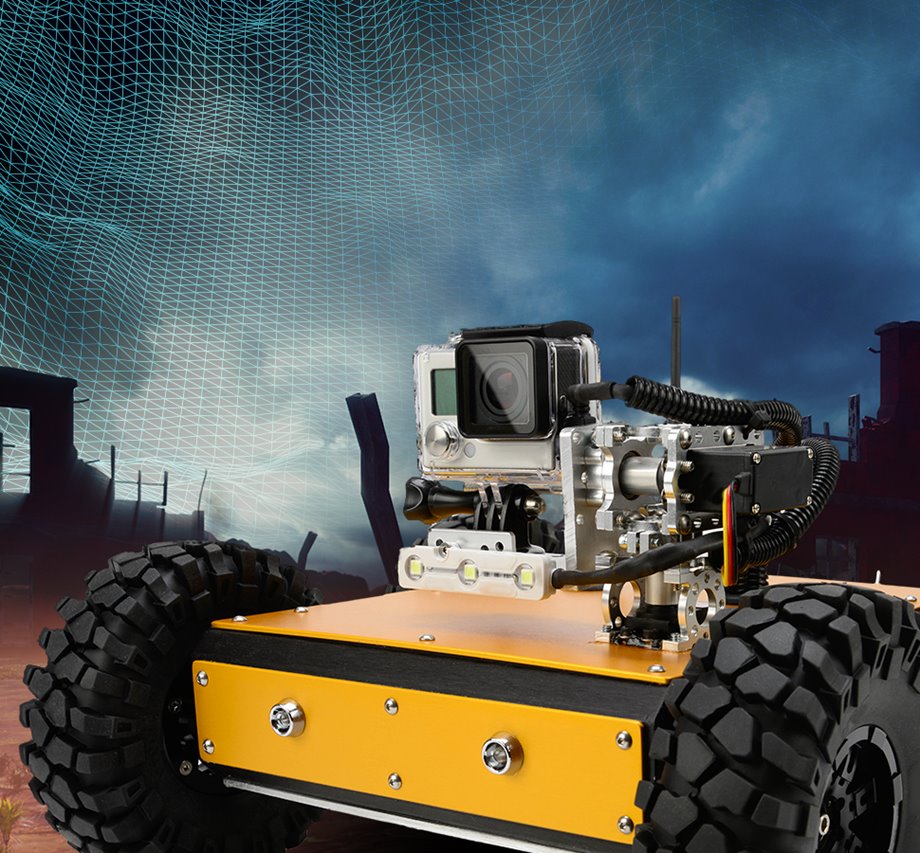 A new algorithm allows robots to climb and scale uneven and rough terrain.

Robots Climb Through Rubble with a new Algorithm

Rolling along the smooth floors of a supermarket or mall to guide shoppers to the right shelf, or down a flat sidewalk to deliver a pizza, are uncomplicated tasks for today’s robots, and we are sure to see more of them doing both in the years to come. But the arguably more important job of traversing a war-torn landscape or climbing over rubble in a city hit by an earthquake to look for survivors, is beyond the capabilities of today’s automata. It’s just too complicated. 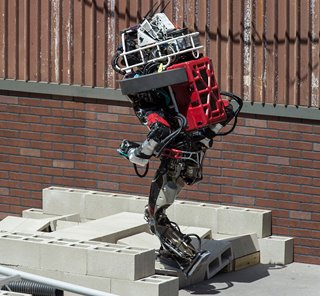 For robots being deployed into disaster areas, they will need to be able traverse rough terrain.
“There’s been a ton of work on robots that are just using their feet and walking almost exclusively on flat ground,” said Dmitry Berenson, a professor of electrical and computer engineering at the University of Michigan’s Robotics Institute, “but very little work on multiple limbs—three of four at the same time—mainly because the range of options is too great.”

But now Berenson and his colleagues have created a new route-finding algorithm that cuts down that range of options and allows robots to climb rubble with a much greater efficiency than before.

Recommended for You: Metal-Eating Robots

Compared to our mechanical substitutes, humans do pretty well negotiating wreckage and rubble, but Berenson didn’t turn to flesh and blood to create his pathfinding algorithm. “Humans are really bad at explaining their decisions. You see what they would do but not why,” he said. And robots need to move slowly to maintain stability, where humans, typically, prove to be a lot more dynamic. We can bound, bounce, spring, and hop over gaps.

Instead, Berenson had a virtual robot teach itself. He generated a host of random environments and sent his digital robot through them. From this experience the robot learned what feet and hand combinations and placements work for a large range of different scenarios. “For an environment that looks like x, we can figure a certain number of footsteps to be valid,” Berenson said. “That is used to train a neural network—it will take in a new path and determine how traversable it is.” 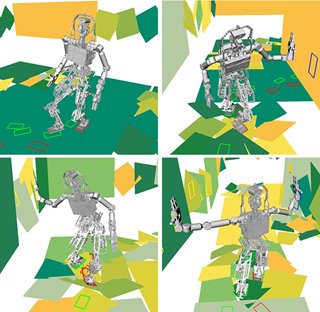 Thanks to the new algorithm out of the University of Michigan’s Robotics Institute, a mere pile of rubble will no longer keep robots from reaching the needy. Image: University of Michigan
The algorithm that Berenson eventually derived has two essential elements. One sees the big picture and depends on a map that would likely be created by a drone. The other looks at the specifics of a short stretch of difficult terrain. “The idea is that you wouldn’t just want to plan a few steps ahead, especially in a disaster environment. You could hit a dead end and have to turn around and go back,” Berenson said. So the algorithm looks along a whole path. Where traversability is simple the robot walks with just its feet. Where the path gets thornier, it turns to a method of comparing its experience to situations it has previously encountered and confronts them using three or four limbs.

Though the algorithm was created with a virtual bipedal humanoid robot, it was tested in the real world on a more vehicular robot with wheels and a couple of arms. “One of the benefits of writing a more general algorithm, is that you can swap robots out,” Berenson said. Using that same algorithm, the wheeled bot was able to successfully scoot along a slanted surface, buttressing itself with its arms against a broken frame hanging from a wall.

Editor's Pick: A Military Robot Has Fallen and It Better Get Up

As it stands, the algorithm is ready to help robots search and rescue, but it could be refined in the future. Currently it doesn’t consider the texture of the planes it examines for traversability. Nor does it make any guesses about the stability or wobbliness of any surface it might step or press on.

“These are very difficult perception problems,” Berenson said. “Another way to look at them is to have some estimate, from some perception method, but never totally trust it. So when you go to actually step maybe you probe it a little bit. That would be a great thing to add to this method.”