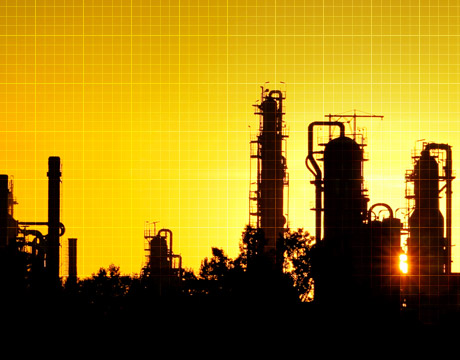 A recently signed formal agreement between Schweitzer Engineering Laboratories (SEL) and the University of Idaho is facilitating a research project designed to determine generator model parameters at power plants while the system is operating. Currently, the only method to determine parameters is implemented when the system is offline, and that makes it difficult to recreate real-world conditions, and thus, results are not as reliable as needed.The research is expected to enable operators to more accurately plan and react to disturbances on the power grid.

Led by University of Idaho Engineering Professor Brian Johnson, whose interests and work include power electronic applications for the control of power transmission and distribution systems, the two-year research project could ultimately lead to the prevention of brownouts and blackouts or at least much fewer of them. The project is sponsored by SEL, which manufactures power protection systems.

Machine manufacturers typically provide most, if not all, of the parameters at the time of manufacture, but these are not always validated, and some of the parameters vary over time. It was learned from major blackouts starting in the 1990s that the causes were often triggered by a small event or sequence of small events that build up to big problems. Johnson notes that investment in building power transmission and generation infrastructure that had been growing through the 1970s practically stopped after that because permission to install new lines took a long time. Because system modeling and the ability to determine a system’s stability was more limited before then, systems had been generally overbuilt to compensate. That extra margin allowed for additional electrical load over the next couple of decades but by the 1990s, much of the margin had been used up, and a series of widespread power failures occurred in the West and, subsequently, in other parts of the country as well.

One of the biggest happened on the afternoon of Aug. 10, 1996. According to the Northwest Power and Conservation Council, a power line sagged into trees just southwest of Portland, OR, during a period of high temperatures and high demand for electricity. It wasn’t the only power line in the area to fail. Within two hours, five power lines in Oregon and nearby Washington short-circuited and 13 hydroturbines at McNary Dam about 190 miles away also ceased operation. These events triggered power outages that affected millions of customers for up to six hours from Canada to Baja California, Mexico.

In a follow-up study, one issue that stood out was that the models of some of the equipment weren’t good enough, and plant operators did not know how close the systems were to failure. It took several years to collect the data for the study because most of the event data from various recorders of the equipment wasn’t time synchronized. Then, when the sequence of events was recreated exactly with the simulation models, the system was stable. Since the real system had had failures, researchers concluded that there were problems with the models.

Despite understanding the problem and the call for utilities to update models for all their generators, “a lot has not been done super well,” Johnson, says, adding, however, that they have probably done as much as they could. He says there have been few consultants who really understand what needs to be done. Equipment hasn’t been widely available and development costs probably couldn’t have been recouped discouraging further work, he adds.

He believes that could change with a positive outcome for his project and that SEL is likely interested in adding such monitoring to its existing products. Some of the information required is already being collected by SEL equipment. By doing some additional calculations and using new data in combination with what is already being monitored could greatly improve reliability, he said.

Johnson acknowledges that coming up with a set of equations to calculate the parameters is still going to be a challenge. But within the two-year research-phase of the project, he is hopeful that the algorithms will be developed, validated, and ready to pass along to SEL, which may need an additional couple of years of engineering before being ready to go online.

Nancy S. Giges is an independent writer. Learn more about the latest energy technologies at ASME’s Power and Energy 2015.

For Further Discussion
By getting a better model of the machines, [power plant operators] can better predict whether the system is close to the edge of stability or whether they have a big margin. Dr. Brian Johnson, University of Idaho College of Engineering