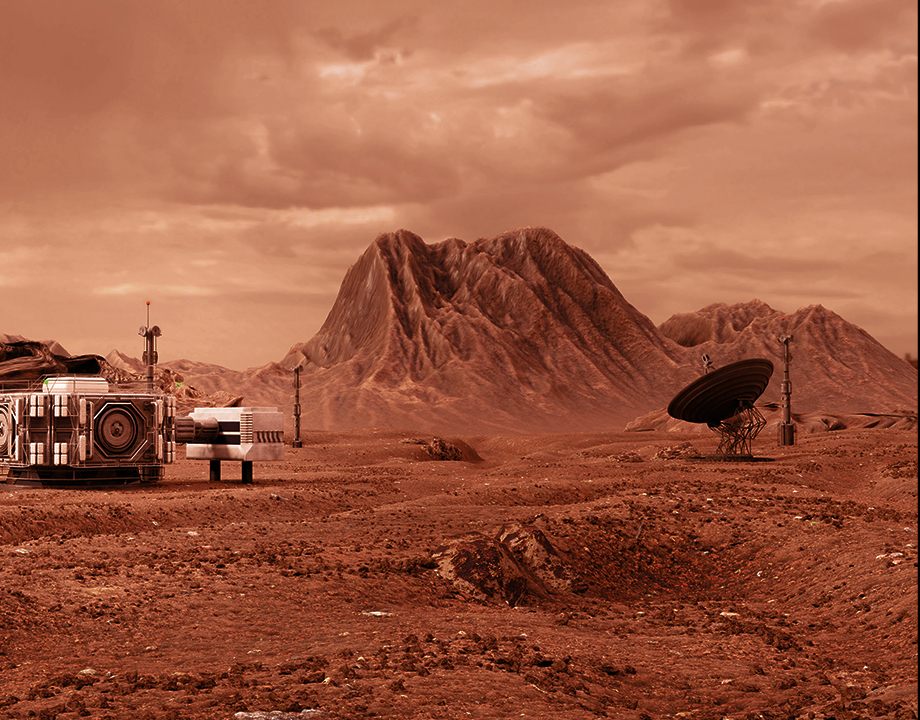 A California-based startup is building and testing a robotic fleet with the hope that its technology will be used on future Mars missions.

Although Perseverance was set off on a mission to study when life could have existed on Mars, many humans are watching and wondering whether life could exist there once again. If we think about the Red Planet as a future habitat for human life we might imagine complex underground dwellings, artificial gravity, and processing systems for the essentials like air, water, and fuel. OffWorld, a technology company based in Pasadena, CA, anticipates that developing this infrastructure will take millions of robots working in harmony, and they are already building a fleet–and testing it–with the hope that its technology will be used on future missions.

Jim Keravala, CEO of OffWorld, explained that when humans finally reach Mars it won’t be practical for them to build the habitat. Not only is it not a good use of astronauts’ time, but they would also be terribly equipped for such a massive undertaking. Aside from the physical labor it would require, the radiation and exposure to the elements on the surface of Mars would make it incredibly unsafe or even deadly to complete such a project. Ideally, this means everything humans need to survive on Mars will be in place before we arrive.


Since launching OffWorld in 2016, Keravala and his team have been using Earth as a test subject for their technology. The company’s main focus is on mining and they are currently working on a number of private contracts that fund their robots, which can be adapted to both Earth and interplanetary conditions. They have a number of different “species” of robots including diggers, which can do laparoscopic mining–only extracting resources without the need for fracturing or stripping the natural landscape above.

“Our robots can maintain an environmental greenfield at the surface whilst operating underground without anyone really knowing that there's a mine there,” said Keravala. “It’s an entire redefinition of the kind of mining that causes aggressive, brutal scarring of the planet, and is more of a harmonious harvesting of resources.” 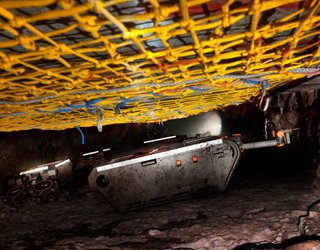 The main focus of the robots currently is on mining but they can be adapted to both Earth and interplanetary conditions. Image: OffWorld
OffWorld has created an end-to-end system in which these bots are functioning in entirely self-sustaining colonies underground. In addition to the digger bots, they have robots for collection and processing. They also have robots that are designed to service and rescue other bots. Keravala likes to think of the various species of robots like an industrial Lego kit because all of the robots are modular. If there is a subsystem failure, the other bots can work together to swap out the broken parts. The bots use a kind of swarm intelligence to look after each other without any human interference. After all, they will have to fend for themselves on Mars and the mines are just a small glimpse into what conditions will be like there.

Recommended for You: Flying on Mars

“These robots are rugged, hardened systems that can operate for years in the rough, harsh, unforgiving environment of the mines, where there's a lot of dust and moisture,” he explained. “They really get the regolith kicked out of them.”


OffWorld is currently working through the many challenges of machine learning, actuator technology, and performance density. But, Keravala explained these are short-term issues that he believes will be solved in the next 10 years by which point they will have more than a million robots in operation, both on Earth and in space. 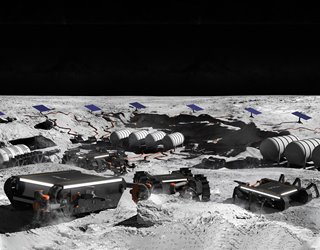 Though a Martian civilization remains a distant dream, OffWorld hopes the scalability of its robotic workforce will one day serve as a key component of our survival on Mars. Image: OffWorld
Although the OffWorld team has its sights set on space, a major aspect of its work is preserving our home planet. According to Keravala, Earth is our most precious jewel and we must find ways to not only protect it, but understand that the activities that have taken place in the past 200 years of industrial and technological advances are not sustainable for the environment or human survival. Now is the time to engineer our way out of the worst possible scenarios.

“If we get constraints on water, or we have resource wars, climate change, oil issues, or temperature and extinction issues, we might look back in 30 years and say, ‘wow, in the mid-20th and early 21st centuries we had a golden age of opportunity, which we squandered on short-sighted resource acquisition.’”

Keravala also acknowledges that much of humanity’s advancement has been owed to slavery and the exploitation of human labor for hundreds of years, and he believes robots are the key to changing that.

“We cannot have closed political and economic systems that provide value for the few and hardship for the many,” Keravala explained. “As we go out into space, we absolutely need to set the very highest and finest ideals of human culture as the aspirational goal of how we want to operate and live... that there is a code that represents who we are as a species because people will change and cultures will evolve.”

Though a Martian civilization remains a distant dream, OffWorld hopes the scalability of its robotic workforce will one day serve as a key component of our survival on the Red Planet and beyond.