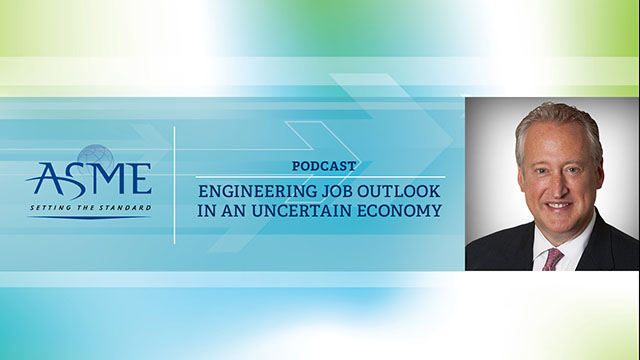 Thomas G. Loughlin, Executive Director of ASME, talks about job prospects for mechanical engineers in the current economy and the role engineers play as economic drivers.

A mechanical engineer and ASME Fellow, Loughlin has overall responsibility for the society's wide-ranging technical and educational programs, finance and operations, and staff.

Before joining ASME in 1993, Loughlin worked as Chief Engineer at Securitas Lock Group, Inc., Brooklyn, NY, from 1990 to 1992, and is co-founder of Security Techniques, Inc., Stanton, NJ. He also worked at Emhart Corp., Berlin, CT, serving as developmental engineer, project manager, and product manager from 1983 to 1987.

Read ASME's 2012 Salary Survey to learn more about the state of salaries and the job market in the field of engineering.