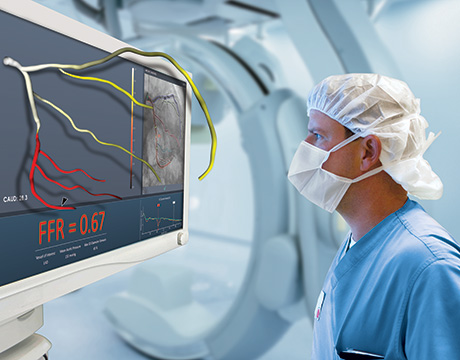 CathWorks, an Israel company with U.S. operations based in California, recently raised $30 million after the Food and Drug Administration approved its FFRangio system, one of the first commercially available noninvasive technologies for visualizing blockages in heart arteries.

“We have proven that this method of analysis through our clinical research provides a more complete picture of coronary artery physiology,” said Jim Corbett, CEO of CathWorks.

Coronary heart disease, caused by narrowing or obstruction of heart arteries, affects as many as 16.8 million people in the United States. 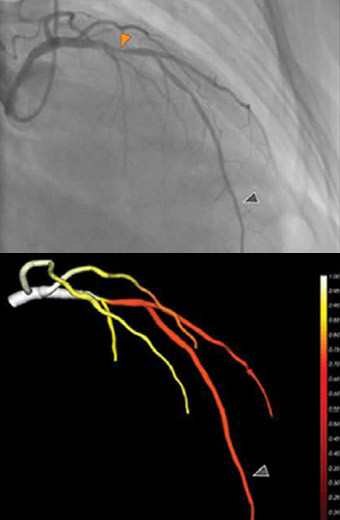 Physicians typically test people for coronary artery disease using a coronary angiogram. After injecting a contrast dye visible in an X-ray into the blood vessels of the patient’s heart, an X-ray machine rapidly takes a series of images (angiograms).

These are visually assessed for potential blood vessel blockages. If there is evidence of a blockage, the surgeon will perform a percutaneous coronary intervention (PCI), a procedure that uses a catheter to place a stent to open up narrowed blood vessels.

Unfortunately, visual assessments have their limits. A 2009 New England Journal of Medicine study, known as the FAME Trial, noted that 30 percent of patients who had stents implanted after visual assessments did not actually need the procedure.

The researchers knew this because they evaluated those patients with a technique called fractional flow reserve. It relies on a pressure-sensing guidewire fed through a catheter to the blockage. When placed across the blockage, the wire measures the difference in blood pressure between the entrance and exit. If the blood pressure is significantly reduced, the blockage would be a good candidate for PCI.

The FAME trial found that fractional flow reserve, also called FFR, is more accurate in determining blockages that restrict flow and require intervention. Yet the procedure was used in fewer than 20 percent of interventions. This is because it requires more time than an angiogram and inserting a catheter into the artery, which is both risky and expensive. Also, wire-based FFR requires intravenous adenosine, which increases blood flow to the heart but is uncomfortable for patients.

CathWorks’ new FFRangio device uses mechanical models of the coronary artery system to combine the best of angiograms and FFR. Although not invasive, it is nearly as fast as an angiogram and achieves the same accuracy as FFR.

The system fits into existing medical imaging workflow and produces a color-coded map of FFR values that is easy for physicians to read. Unlike conventional FFR, which works in only one location, FFRangio can identify issues throughout the coronary artery system.

The software assesses the model to determine the centerlines and boundaries of the arterial walls, then analyzes them for narrowing or obstructions. It does this at different scales, looking at artery segments, entire branches, and junctions where the artery branches off into secondary or tertiary branches. This enables a fluid dynamics model to estimate the flow resistance throughout the entire system and apply FFR values to the system.

The result is a report with three-dimensional, rotatable, full-color images coded by the degree of arterial flow restriction.

The procedure takes about five minutes on average, including about two minutes of computational processing time and about three minutes of user interface. Its speed enables surgeons to use it while patients are still on the table to see if a stent has effectively propped open the artery.

A wire-based FFR can identify a lesion in just one location in the artery. But FFRangio software allows the operator to view potential lesions in different locations along the artery.

“The FFRangio console cursor can be adjusted to view the full length of the arterial tree, millimeter by millimeter, including the diameter of the artery throughout,” said Corbett. “You can also rotate the artery tree with the cursor and locate any artery in the tree you want. And you can view whether or not the coronary flow is adequate in all locations.”

CathWorks has started early commercialization efforts in California, focusing on training physicians and staff in the state.