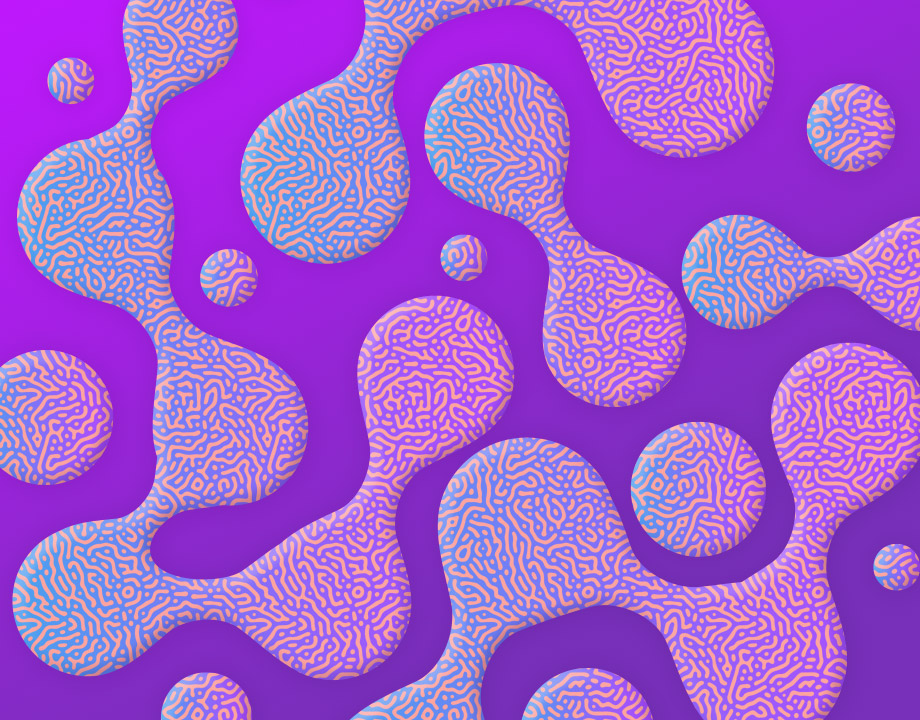 Inspired by a lotus leaf, researchers used chemistry and nano engineering to develop a self-cleaning polymer that repels liquids.

Building Equipment Contractors Chemical and Pharmaceutical Manufacturing Primary Metal Manufacturing Robotics
The problem with viruses—like the novel coronavirus that causes the disease covid-19—and bacteria is that they cling on just about any surface. Take a child at school who wipes their nose, then gets up to sharpen a pencil. When the next child touches the same sharpener handle and then fingers their face, the bacteria—streptococcus maybe—or a coronavirus complete their journey from child to child.

But if those pathogens had no way of sticking to the sharpener’s handle, their journey from nose to mouth would be halted midcourse. Infectious diseases would be easier to control and epidemics would be thwarted. 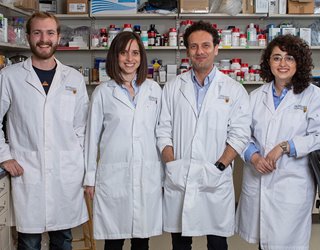 Graduate student Roderick MacLachlan, Canada Research Chair in miniaturized biomedical devices Leyla Soleymani, assistant professor of mechanical engineering Tohid Didar, and graduate student Sara Imani, all worked on the self-cleaning plastic wrap. Photo: Georgia Kirkos, McMaster University, Canada
Scientists have been trying to bring about this utopia. For instance, researchers at Ontario’s McMaster University have created a new polymer surface that repels blood, microbes, water, and just about any other liquid that comes in contact with it.

To make this protective plastic, they turned to the lotus plant, whose superhydrophobic leaves cause water to bead right up and roll right off. “What it has, when you look at it with electron microscopy, is scales of texture from nano to micrometer,” said Sara Imani, a PhD student at McMaster’s School of Biomedical Engineering.

Imani and her colleagues set out to imitate the architecture of the lotus leaf. Counter-intuitively, it’s the wrinkles and textures created by the nano-to-micro pattern that create the hydrophobia. Usually, a smooth surface sheds microbes and liquids better than a surface with crevices. But in this case, the geometry traps pockets of air, and it’s the air that does the repelling.

In addition to this “hierarchical structuring” the material is chemically treated to increase the hydrophobia. Without the texture this chemical is far less hydrophobic. When the two are combined, liquid that comes in contact with the polymer seems to literally flee the surface, and the surface “self-cleans.” 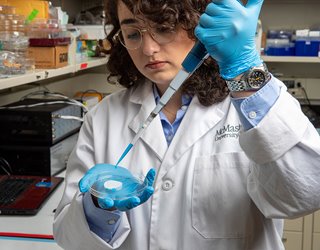 Sara Imani testing the universally repellent polymer. Photo: Georgia Kirkos, McMaster University, Ontario, Canada
The polymer is produced in a thin film, like plastic wrap. But it’s stronger than plastic wrap and stands up to bleach and alcohol exposure. To apply it to a surface—say a door knob, or the handle of a pencil sharpener—the material has to be heated. The heat will fuse the plastic to whatever surface it’s on, as well as bring out the nano-to-micro structure of the plastic that makes it work.

Thankfully, this near miraculous material is not pricey. “It is a relatively inexpensive chemistry to put together right now,” Imani said. “But I think scaling it up will eventually make it really inexpensive.”

The potential applications for such a polymer are enormous: Just about anything that might come in contact with a sick person or food makes for a good candidate for a coat of the self-cleaning anti-microbial plastic. Medical tools, kitchen counters, food packaging, conveyors belts, and pretty much every surface in an elementary school, public transport, or a hospital, will slough off any antibiotic-resistant bacteria or other pathogens they come in contact with once they’ve donned the new polymer. “Basically, for any surface that has a risk of contamination, this could be applied to minimize that risk,” Imani said.

Imani and her team did not yet test the polymer with fungi, but there’s no reason to think that this life form will do any better holding on to the material than pathogens or blood. “It’s universally repellant, so I assume this would repel fungi as well,” she said. If so, the polymer will be a boon in the fight against antibiotic-resistant fungi. In the future anyone would be able to use the product in their homes. All they would need is a sheet of this polymer and a heat gun.

The polymer is ready to go and just needs some financial backing to become a purchasable product. “We’ve had a lot of industrial interest,” Imani said. “Now, we’re looking to commercialize it, to make it at a larger scale, and to put it into use.”