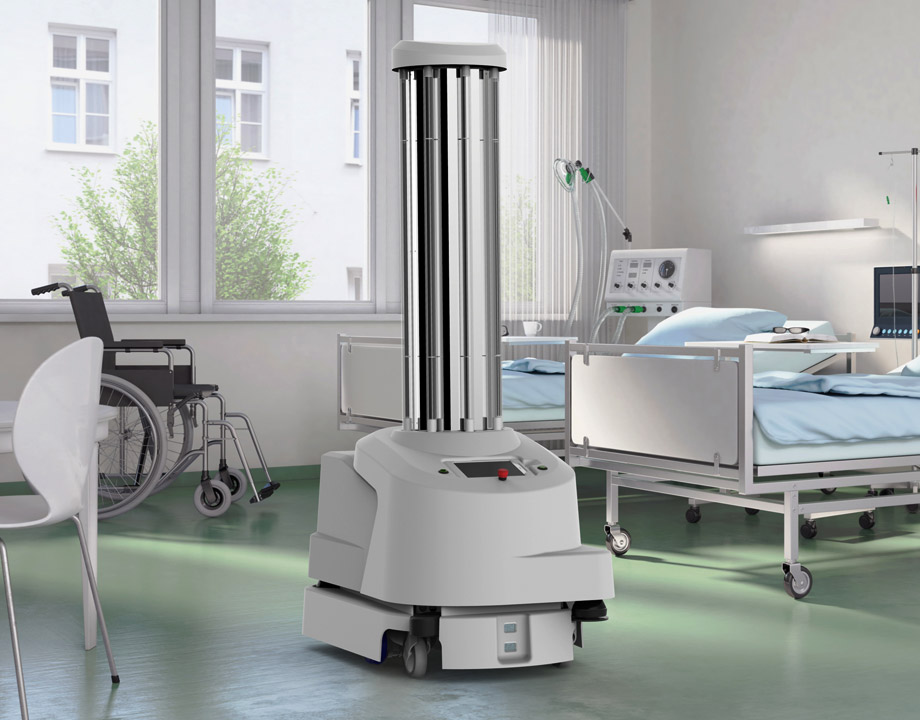 Infections are a major problem for hospitals. On any given day, about one in every 31 hospital patients in the United States has at least one healthcare-associated infection, according to the Centers for Disease Control and Prevention. About 99,000 people die each year.

Healthcare-associated or hospital-acquired infections (HAIs) are infections that people get while they are receiving care for another condition. The source of these infections can be other patients, staff, visitors, or equipment, according to the agency. They can happen in any health care facility.

Not only HAIs are deadly and dangerous, they’re costly, mainly due to patients’ need for extended hospital stays and for readmission. They are also preventable.

A new collaborative robot may help to lower those numbers. The robot autonomously moves around hospitals, maneuvering hallways and tight spaces, to a designed area where it disinfects the surroundings by emitting concentrated ultraviolet C light. UVC eliminates bacteria and other harmful microorganisms known to cause HAIs. 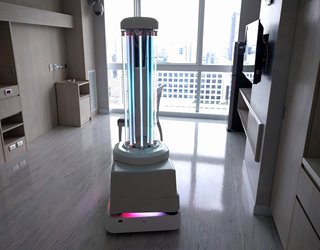 “Everyone can feel safe in rooms that have been disinfected by the robot,” Risager added.

UVC light, one of the three types of ultraviolet rays from the sun, has a wavelength of between 200 to 400 nanometers. It’s effective at killing bacteria and viruses because it destroys the molecular bonds that hold their DNA together.

An exposure time of ten minutes can kill up to 99.99 percent of pathogens, she said. The robot disinfects all contact surfaces as well as the air in hospital wards, corridors, and the like. The technology implies that the robot is to be used as part of the regular cleaning cycle.

The company developed the robot in a partnership with several Danish hospitals. “This way the development process was highly user-centered and resulted in a product that customers and end-users actually want to use,” Cikotic said.

Though germicidal qualities of UVC light have been known for over a century, these rays are also dangerous to humans—prolonged exposure can cause skin cancer and cataracts—, so they are for the most part limited in use to stationary controlled settings.

Ultraviolet germicidal irradiant devices are regularly used in water purification, food manufacturing and processing, and many others. Various studies have proven UVC light is effective at killing such pathogens as Ebola, Smallpox, HIV, Staph, Influenza, and many others.

In hospitals across the United States, UV light devices are primarily used to decontaminate surgery rooms and for equipment sterilization purposes. “They are, however, limited by a lack of mobility, flexibility, and the capability to autonomously position themselves in relation to the surroundings,” Cikotic said.

Latest safety technologies, human error safeguards, and autonomous mobility allows the UVD Robot to safely disinfect any surface in any enclosed hospital area, as a routine matter. The machine drives itself to a user-defined area, where it autonomously navigates while zapping bacteria and harmful microorganisms with concentrated UV light from many different angles. If a human tries to enter the disinfected area while the UVD Robot is working there, it will automatically turn off the light.