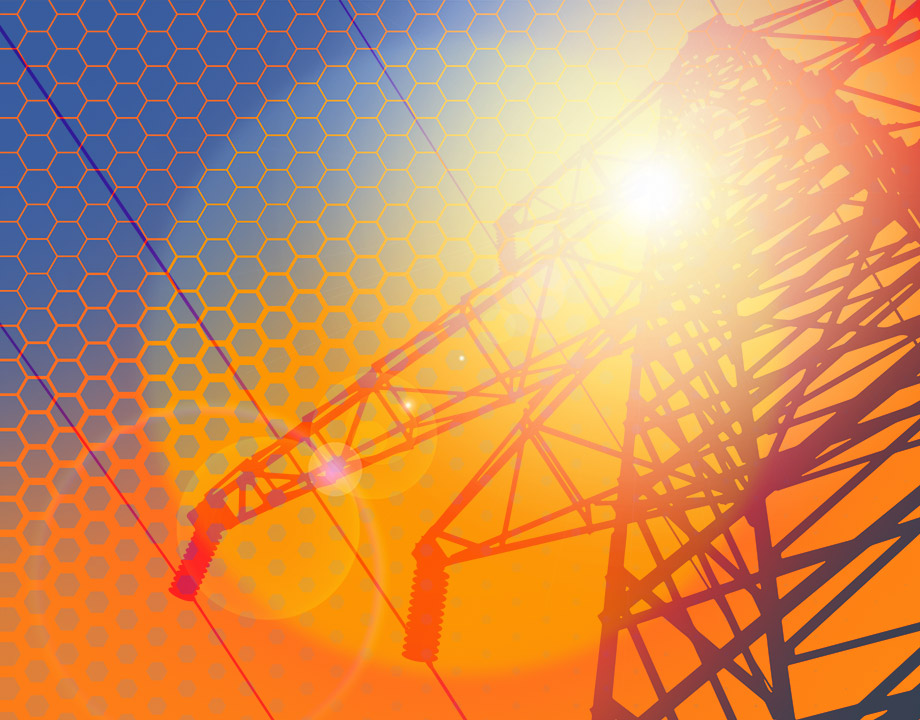 Micro solar cells are of keen interest due to their high efficiency, configurability, and low manufacturing costs.

Solar cell innovation has resulted in numerous breakthroughs, including micro solar cells, which can be as small as 600 micrometers on each side. Their small size and scalability make micro solar cells ideal for ultra-small-scale applications that require flexibility or less weight. They can even be woven into fabric and clothing. Even better, micro solar cells are affordably mass-manufactured with standard semiconductor and solar-cell microfabrication materials and technologies.

The cells are composed of semiconducting layers, each one absorbing a different wavelength of light. Micro solar cells can have efficiencies as high 35 percent, compared to standard solar panels that typically capture 15 to 18 percent of the solar energy.


Tiny solar cells woven into flexible mesh or fabric may soon be a reliable power source for thousands of applications, ranging from spacecraft to wearables—even fashionable clothing. For example, Nottingham Trent University in the U.K. has developed a method that embeds waterproof micro solar cells into yarn that can then be knitted and woven into textiles. The solar cells measure 3 mm x 1.5 mm. The goal is to weave enough of these cells into textiles to create solar-enabled clothing—for example, 2,000 cells generate enough power to charge a cell phone.

On the industrial side, Albuquerque, N.M.-based mPower Technology has developed a textile-like photovoltaic material created from micro solar cells. The U.S. Department of Defense is especially interested in the technology, awarding a $1.1-million research grant to the company to explore military applications. 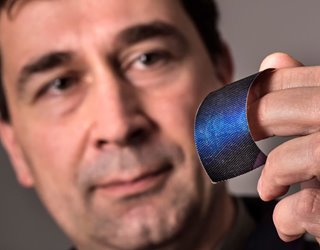 “Gallium arsenide-based cells are very expensive, and the supply is constrained, with only three major manufacturers in the world,” said Kevin Hell, mPower president and CEO. “Our cells are cost-efficient and flexible to fit any form factor needed on space vehicles, taking up much less space. They can fold up tightly, offering low volume and much lighter weight because they don’t need the glass enclosures.”

Recommended for You: Energy Blog: It’s Time to Break with the Past

Also, because a DragonSCALE is comprised of interconnected networks of cells, the rest of the panel keeps working if one cell stops functioning, for example, if damaged by space debris. “This makes them very resilient in extreme space conditions,” Hell added. “With most solar panels, if you knock out one point, the full string of solar cells goes out.”


Stanford University researchers have developed a solar cell made from a network of perovskite micro solar cells that are protected by a hexagon-shaped scaffold. Although perovskite materials are low cost and can generate as much or more energy than conventional silicon solar cells, they are highly unstable and break easily.

To create more stability, Reinhold Dauskardt, a professor of materials science and engineering at Stanford University, studied the structure of compound eyes in insects, which consist of hundreds of tiny segmented eyes. “It has a beautiful honeycomb shape with built-in redundancy: If you lose one segment, hundreds of others will operate,” he says. “Each segment is very fragile, but shielded by a scaffold wall around it.”

Using the compound eye as a model, the research team created a compound solar cell consisting of a vast honeycomb of perovskite microcells, each encapsulated in a hexagon-shaped scaffold just 0.02 inches (500 microns) wide.

The scaffold is made from a common, inexpensive epoxy resin widely used in the microelectronics industry. Tests showed the scaffolding had no negative impact on the efficiency of the perovskite cells. “We got nearly the same power-conversion efficiencies out of each little perovskite cell that we would get from a planar solar cell,” states Dauskardt. “We therefore achieved a huge increase in fracture resistance with no penalty for efficiency.”

Further tests showed the cells functioned effectively when exposed to extreme weather conditions of temperatures of 185 F (85 C) and 85 percent relative humidity over a six-week period.

Dauskardt and his team are now studying new ways to scatter light from the scaffold into the perovskite core of each cell to improve efficiency. “We are very excited about our results,” he said. “It’s a new way of thinking about designing solar cells. These scaffold cells also look really cool, so there are also some interesting aesthetic possibilities for real-world applications.”

Mark Crawford is a technology writer based in Coralles, N.M.