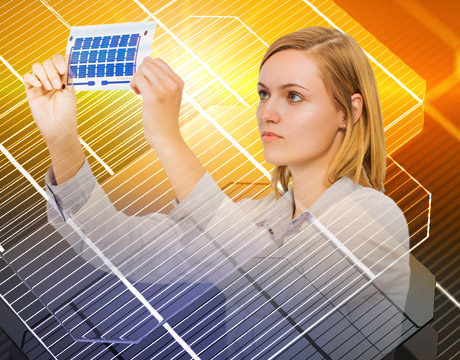 When we think of solar panels, chances are we think of roofs or giant arrays of glimmering panels in the desert. However, advances in photovoltaic (PV) technologies over the last decade have made possible many more smaller-scale applications for everyday living, on a more personal level. Improvements in design and configuration, energy storage, efficiency, and battery size have created opportunities for solar energy in a variety of situations, some of which you have probably not considered—including off-grid scenarios that can help you survive emergency situations. Below are nine examples of innovative, low-cost ways solar energy is being used to enhance our daily lives.

More cities across the world are powering streetlights with solar energy. The sun charges the batteries during the day, which then powers light-emitting diodes (LEDs) at night to illuminate the streets. San Diego is incorporating smart sensors into streetlights that can even direct drivers to open parking spaces and help first responders during emergency situations. Combining internet-linked sensors with solar powered streetlights saves both time and money.

In developing countries, 24-hour electricity isn’t guaranteed, and in many cases, there is no electrical grid. “Private companies have been manufacturing solar-powered vaccine refrigerators so healthcare workers in remote areas can administer critical medication to those who need it,” states Charlie Gay, director of the Solar Energy Technologies Office for the Office of Energy Efficiency and Renewable Energy (EERE). “This technology solution has been saving lives for more than four decades.”

Solar ovens—also called solar cookers—reflects the sun’s energy to cook food. Solar cookers can be parabolic orsquare structures lined with a reflective material that directs the rays into the box, where it heats the food evenly. The lid on top is typically made out of glass to better focus the sun’s rays. They are ideal for off-grid living and often used in developing countries, which reduces air pollution that results from burning fuel.

USB cell phone chargers can charge a phone to almost full after only a few hours exposure to UV sunlight. These portable solar panels are about the size of a tablet and can also charge GPS trackers, tablets, or even laptops. They can be hooked on backpacks to collect solar energy as you walk, making them ideal for outdoor excursions.

Instead of constructing typical solar cells of silicon, “polymers dissolved in a solvent create a ‘paint’ or coating that can be applied to any surface – from homes to offices to cars,” writes technology writer Stephanie Hicks on Hub Pages. “It’s inexpensive and versatile. Unlike bulky photovoltaic solar panels, solar paint uses thin-film nanoparticles instead of silicon as solar conductors. When applied to the sides of structures that face the sun, the thin solar cells invisibly generate clean, green power.”

Solar-powered tents are essentially larger versions of solar-powered backpacks. The tents have imbedded photovoltaic cells that store solar energy by day, which is then used to illuminate the tent at night and charge or power devices and small appliances, including heaters. The U.S. Army has a version that can generate up to 2 kilowatts of power a day.

The Ellipse Skylock is the world’s first solar-powered bike lock. It powered by a built-in solar panel that provides enough power for a week after just one hour of charging. The Skylock connects wirelessly to the rider’s phone to provide keyless entry, theft detection, bike sharing, and crash alerts. It also sends an alert if the bike is disturbed, using its long-range Bluetooth.

Thin-film solar panels attached to the outside of backpacks provide up to about four watts of power—enough to charge phones, cameras, and other devices while simply walking. These exterior solar cells can also be attached to briefcases and handbags. These backpacks are ideal for students, hikers, and campers, who will always have a charged device during their travels, or when they reach their destination.

Solar fabric is an application of solar technology with a wide range of applications. Solar cells are woven into textile fibers and generate convenient solar electricity. “One version, created by FTL Solar, can literally be pitched like a tent to provide both shelter and electricity,” writes Hicks. “Consider the endless possibilities: military, rescue operations, disaster relief, recreational options, medical units, and even temporary housing. Any place you need flexible convenient solar power, solar fabric is your answer.”

“Rooftops are just one of thousands of places where solar panels are generating power,” says Gay. “As costs drop and energy production rises, we expect to see many more places where solar technologies are put to work—providing unleashed, inexpensive electricity.”