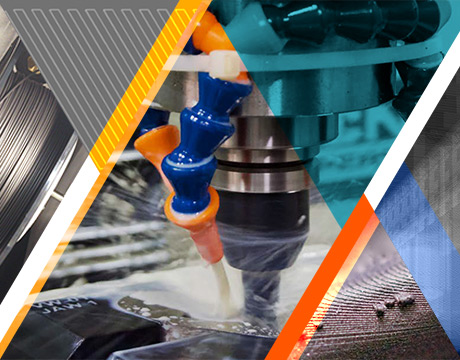 Markforged CEO Greg Mark has always been hands-on. He fabricated custom bicycle frames in high school and built lightweight racing cars with MIT’s Formula SAE team while studying aeronautics at the school. After graduating, Mark became a serial entrepreneur, founding companies that made high-energy-density power connectors, aerodynamic wings for race cars, and dc power electronics for solar systems. Mark then turned to fiber-reinforced and metal 3D printing, recruiting several of his Formula SAE teammates to start Markforged. The company has quickly made a name for itself developing 3D printers and additive manufacturing solutions that focus on creating products made from metal, composites, and other strong materials. Mechanical Engineering magazine recently spoke with Mark about advancements in industrial 3D printing.

ME: Additive manufacturing has been around for 30 years, but only recently has it begun to attract the attention of traditional manufacturers. What has changed?

G.M: We’re now enabling high-strength, low-cost parts. For 30 years, 3D printing was trapped in plastic. Now, when we make parts out of carbon or Kevlar composites or metal, they’re strong enough to actually use.

ME: Where are manufacturers using those stronger parts?

G.M: The production line is the killer use case, especially high-value, low-volume products like custom jigs, tools, and fixtures that improve productivity. Manufacturers have to drive productivity every year or you get hosed by a competitor. Additive helps them do it.

ME: Could you give us an example?

G.M: One customer made a measurement fixture to mount a piston. It was a $1,300 fixture if they sent it to a vendor to make. Instead, they printed it for about $40. After using it, the engineers realized what they could load and unload quicker if they chamfered it. They didn’t have to ask the boss or get a P.O. They just printed another $40 part. As these improvements work their way through the line, throughput rises and the boss thinks they’re rock stars. Companies around the world are going through this learning. That’s why additive is taking off now.

ME: Continuous manufacturing improvement on the cheap sounds like a big change. How else does additive change manufacturing?

GM: It simplifies your supply chain. There’s never a shortage because the specs or material is wrong. If there are one or two parts that are holding up production, they might cost 50 percent more to print than to buy from a vendor, but if it unblocks the line so you’re back up faster, it’s totally worth it. Industrial equipment is designed to last 20 or 30 years, and vendors must support them the whole time. A large company might stock tens of thousands of spare parts, but they only need a few of each per year. So instead of stocking a warehouse, it’s faster and cheaper to print them when they need them.

ME: So how did you get involved in additive manufacturing?

GM: The first two times I saw 3D printing, I was like, “If you drop a part, it breaks. I’m not interested for the kind of stuff we do.”

ME: So, what changed?

G.M: The Marines asked the company where I worked to make a prototype to charge batteries off the grid. We sent them a prototype one week later, but they couldn’t use it because it was plastic. I had a background in high-strength materials, and I thought, “Hey, if you put carbon fiber in here, you’d have a production part they could drive over with a Humvee, and we’re still rock-and-roll.” So I started a company.

ME: Any advice for future entrepreneurs?

G.M: Build a great team. The hard part of 3D printing is integrating hardware, software, materials, and electrical engineering. Our initial team filled out that skill set and it allowed us to move a lot faster.

ME: What about the future?

G.M: We’re still in the beginning of learning, both for companies that build printers and customers who use them. As that learning gets better and people understand what you can do with your printers, you’ll just see more and more 3D printed parts.

David Walsh is an independent writer

More Exclusive Stories from ASME.org: Artificial and 3D-Printed Skin Advances for Robots, Humans The Rise from BattleBot to Corporate Robot Autonomous, Robotic Boat First to Sail Across the Atlantic

For Further Discussion
For 30 years, 3-D printing was trapped in plastic. Now, when we make parts out of carbon or Kevlar composites or metal, they’re strong enough to actually use.Greg Mark, Markforged