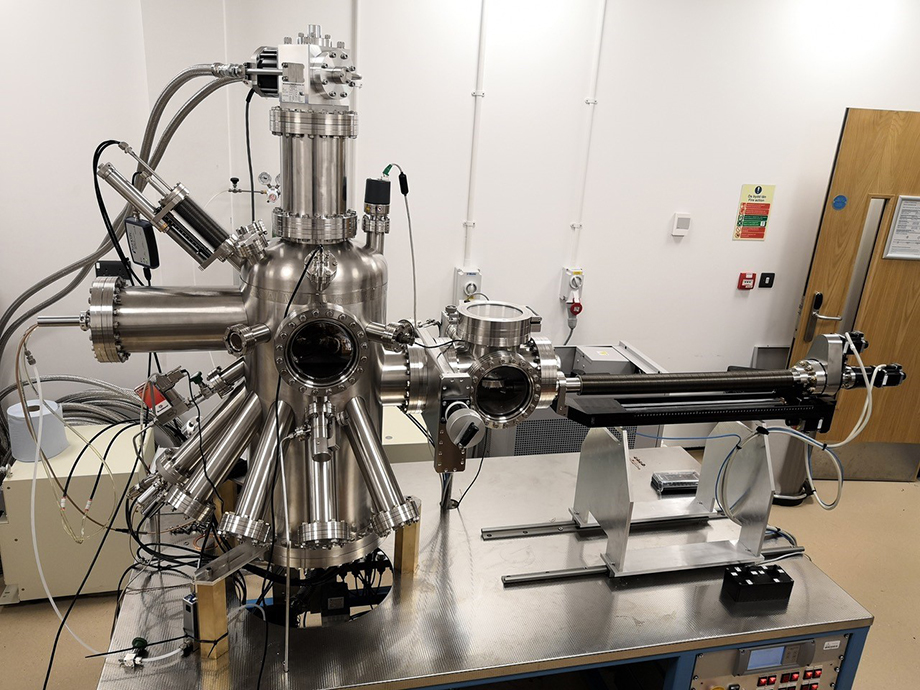 Good medicine is dependent on good chemistry. The molecules used in pharmaceutical and other industries are created with catalysts, which are, in turn, chemically synthesized using solvents. But that process comes with an environmental price.

"You necessarily create effluents you have to dispose of,” explained Richard Palmer, an engineering professor and head of the Nanomaterials Laboratory at Swansea University in Wales. “From a green perspective, it would be desirable if one could avoid solvents, effluents, and toxic salts.”

To do just that, Palmer set out to make a nanoparticle catalyst by physical means, rather than chemical.

People have made beams of nanoparticles with non-chemical methods before—the buckyball is a famous example—but never at a scale large enough to be actually useful. Current techniques produce no more than a microgram of clusters in an hour.

Palmer wanted to scale that up by several orders of magnitude. “If you can make a gram of catalyst in an hour, you can do a lot of Rand D with that,” he said.

In the traditional method, a solid target is vaporized in a vacuum then mixed with a cold gas, making the atoms condense into clusters. Palmer’s breakthrough was to use a solid, instead of a gas, as a coolant. At the core of the machine he created—the Matrix Assembly Cluster Source, or MACS—is a matrix of argon. Metal particles that collide in the presence of the refrigerant stick together and grow, eventually becoming nanoparticles.

But the growth of these particles at the cold temperatures the matrix requires would be prohibitively slow. So the MACS fires a beam of ions at the matrix to accelerate the collision rate of metal atoms. “Every time one of these ions hits the matrix, it produces a cascade of collisions inside the matrix during which the metal atoms find each other,” said Palmer. Once the particles have grown to an appropriate size, they are “knocked out of the matrix by another impact. It’s like a machine gun of these ions, you know—zap zap zap zap, like Space Invaders.”

As proof of concept, Palmer has created a catalyst for water purification. Molecules used in pharmaceutical manufacturing and found in the water supply are a growing problem for fish and people alike. One culprit, nitrophenol, is toxic for aquatic life, so Palmer set out to target it with a catalyst. The one he created uses silver or gold nanoparticles to oxidize the offending chemical in combination with ozone. The catalyst destroyed nitrophenol completely. And, like any good catalyst, it remained unchanged, ready to be used again.

Of course, Palmer’s demonstration was nowhere near the scale that would be needed for a water treatment plant. But that’s beside the point. A similar catalyst made by chemical means might do as much damage to the environment in its creation as it would help the environment with the cleaner water it produced. “You normally make catalysts by chemical methods in liquid, but we are making them with a beam in a vacuum—a clean, safe, and contained environment,” said Palmer. “It’s a different paradigm.”