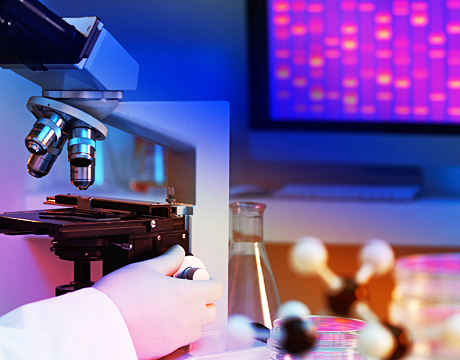 A New Class of Polymers

Polymers can be flexible, polymers can be hard. Their versatility is what puts them in practically every product imaginable. But these days, it’s not enough for a material to be useful. To maximize utility,it should be recyclable as well. Yet, the problem with the hardest plastics is that they’re also the hardest to break down.

Of course, it’s a major advantage to be able to reform the plethora of water bottles that get tossed in the blue bin. But they don’t need to be able to withstand heat, or much pressure, when used as intended. Circuit boards and dashboards, however, need to be more durable, and they’re made with thermosets. Heat up such a polymer and its chemical bonds change. It “sets,” never to return to its earlier form. Great for toughness, not so good for the landfill.

Chemists at IBM were looking to create a thermoset that could also be recycled. And they were doing that in the time-honored way of creating new polymers: varying existing polymers with different chemicals. Jeannette Garcia thought she had done just that when she left the lab at IBM one day. She thought she had mixed three ingredients together as planned. In fact, she’d left one of them out.

“I had left it going overnight, and when I came back to it, it had solidified into a hard plastic in my flask,” she says. “I was very, very surprised that anything had happened at all. I couldn’t get this hard white plastic out of my flask. I had to break the flask with a hammer to get it out and it didn’t seem to be effected at all by this operation. I hit it with a hammer and it didn’t break up.”

Garcia had inadvertently made the very product that the lab had been searching for. The stubborn white plastic was as hard as bone and completely recyclable—just add an acid fluid and it returns to its previous uncured state. The combination is unique among thermosets.

Under analysis it turned out that when heat was added, the material lost weight—not a phenomenon usually associated with polymers of this type. The amount of weight lost depended on the temperature at which the polymer was cured. The loss was due to water being trapped in “a stable intermediate version” of the material. This was a clue that the polymer was even more unusual than expected.

The computational team that worked with Garcia soon confirmed that the thermoset was so unusual that it was in fact a new class of polymer; the first discovered in decades.

Garcia and her colleagues started tweaking the new polymer directly. By adding carbon fiber, the Young’s modulus went up from 14 to 20 gigapascals. That is, it became even stronger. By changing the monomer, they created polymers with other characteristics. One of them is a self-healing organogel. “Trapped inside a polymer metric, you have an OH group capable of hydrogen bounding,” says Garcia. “When you cleave the gel and separate it and then put it together, those hydrogen bonds re-form.”

The potential applications are many. In particular, there’s a good chance the polymer will soon be used in cars in Europe and Japan where, by 2015, 95% of every car will have to be recyclable. It could also be used in airborne vehicles and in computer chips. “Because you can revert it and take it back down to its starting material, it’s good for manufacturing,” says Ari Entin, of IBM’s Research Communications Department. “If you make a mistake, you can bring it back and rework it instead of starting all over again.”

Flexibility made polymers versatile in use. Looks like they just became even more flexible and tough.

For Further Discussion
The computational team that worked with Garcia soon confirmed that the thermoset was so unusual that it was in fact a new class of polymer; the first discovered in decades.