Largest Hydroelectric Dam on Each Continent

Largest Hydroelectric Dam on Each Continent 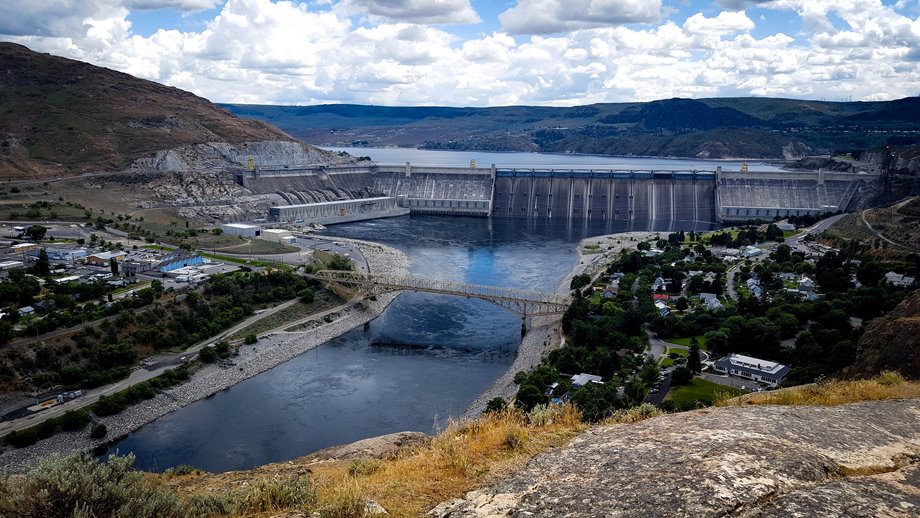 The best hydro sites around the world have been dammed to provide the water to power electricity-generating turbines. Find out more about these clean-power giants.

Building Construction Electric Power Energy Technology and Society
Hydropower is one of the oldest forms of renewable energy. Even before the discovery of electricity, humans were using the force of running water to turn wheels for powering grain mills or even factories. Beginning in the 20th century, though, the best hydro sites have been dammed to provide the water to power electricity-generating turbines. 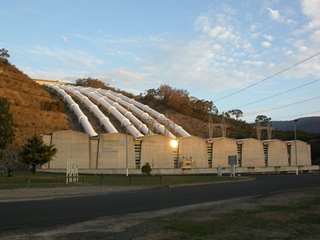 Photo by Colin Henein
Due to its status as the driest continent, there are few watersheds in Australia with the potential for hydropower. The Tumut 3 Power Station, located on the Snowy River in southeastern Australia, is rated at 1,600 MW and is the largest single provider of hydroelectricity in the country. Completed in 1973, it’s part of a larger power and irrigation scheme that provides water to the parched region to the west of the Great Dividing Range while providing as much as 3.7 GW of power. 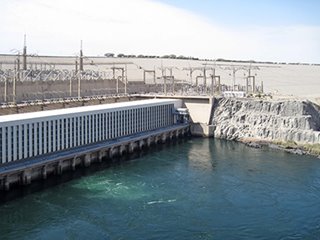 Photo by Olaf Tausch
Since ancient times, annual flooding on the Nile River was a blessing, providing water and vital nutrients to farmland along its banks, and a potential curse if flood levels got too high. When it was conceived in the 1950s, the Aswan High Dam was designed to control the annual flood and provide as much as 2,100 MW of electricity to help modernize Egypt. Designed by Soviet engineers and completed in 1970, the dam is not only the largest provider of hydroelectricity in Africa, but it is also the world’s largest embankment dam. The Grand Ethiopian Renaissance Dam, which is filling now, will have a capacity of more than 5,000 MW. 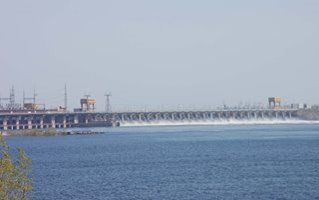 Photo by Anna Novikova
Russia has many very large hydroelectric power stations, but the largest are in the Siberian portion of the country. The Volga Hydroelectric Station is located in the European portion of Russia, along its famed Volga River. When it was completed in 1961, it was not only the largest hydropower project in Europe, a title it still holds, but with a maximum capacity of 2,700 MW it was the largest power station in the world. The power plant is connected to the only high voltage DC line in Russia to send electricity east. 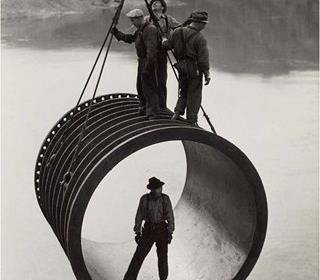 Photo by United States Bureau of Reclamation
This dam on the Columbia River was started during the Great Depression as a way to provide economic benefit to the dry eastern region of Washington state. Irrigation from the dam helped farmers there become more productive, but the electricity had a wider impact. Not only did the abundant power from dam help spur the aluminum and aerospace industry in the Pacific Northwest, but electricity from the dam (completed in 1942) was used by the nearby Hanford site to produce plutonium for some of the first nuclear weapons. After expansion in the 1970s, the dam can generate more than 7,000 MW. 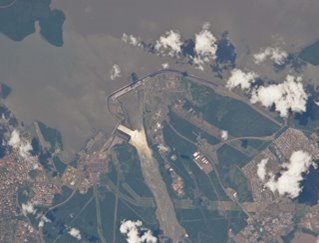 Photo by NASA
The Itaipu Dam spans the Paraná River between Paraguay and Brazil. The structure is actually four dams joined together, and enough steel was used during construction to build 380 Eiffel Towers. The two countries split the output of the 14,000 MW of the dam’s 20 turbines, but Paraguay gets more power than it can use and winds up selling the excess back to Brazil. It was the largest hydropower facility for nearly 30 years after it was completed in 1984. 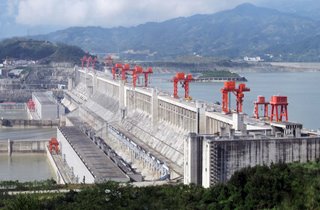 Photo by Rehman
The site along the Yangtze River in China has long been considered as a prime spot for a hydroelectric dam. As completed, the Three Gorges Dam can hold back a wall of water more than 360 feet high. Its construction and the filling of the reservoir was controversial for its ecological and human impact; in total, more than 1 million residents were relocated. But since the dam was fully completed in 2012, its 32 turbines have a total installed capacity of 22,500 MW, which is power that would otherwise be generated by the country’s coal power plants. Three Gorges Dam should hold the record as the largest hydroelectric dam for some time, as there are no plans currently to build anything larger.