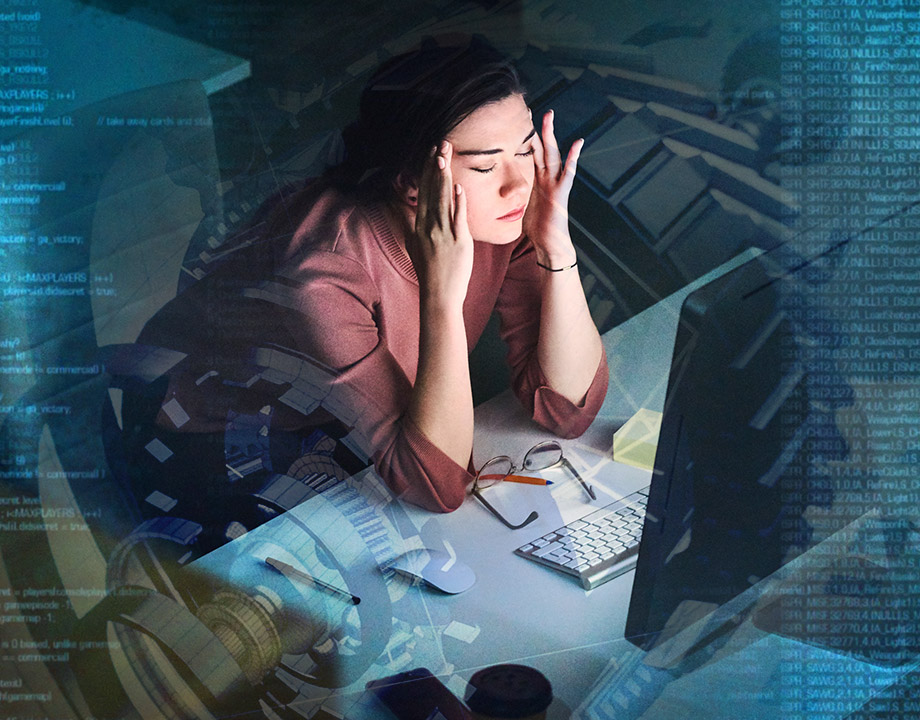 Job burn out is pretty common. Recognizing and addressing the underlying issues behind it could lead to positive career outcomes.

Job Burnout is Real: Learn How to Address It

This is a strange time. Maybe you’ve shifted into working from home. Maybe you’re working extra hours as your jobs shift. Or, you’ve ramped up efforts to avoid layoffs at your company. Or, you’re not working at all.

With a chance to reflect on your working life, you may discover something you hadn’t expected: You’re experiencing job burnout.

“It’s a very stressful time, so burnout is going to spike,” said Rachel Moñtanez, a corporate and private career consultant.

“You have the hours back you spent commuting to think,” added Devon Grilly, career transition coach at Rock the Pivot. “There’s only so much interesting stuff you can watch on Netflix before you have to think about your life.”

While job burnout is pretty common in our always-going American society, you may have a surprisingly hard time realizing with what you’re dealing, Grilly said.

Her company specializes in coaching women in technology. Grilly has a bachelor’s degree in chemical engineering and a master’s degree in bioengineering. She understands the field.

“Someone may think there’s something wrong with them because they’re not happy in their job or getting a promotion,” Grilly said. “But as I talk to them, it becomes clear they’re exhausted on a really deep level. They’re not missing a skill or doing something wrong. They’ve been in the go, go, go, for so long and they don’t understand why they don’t want to go to work or their productivity is down.”

Five Ways to Address It


1. Find the Why
First try to identify what’s causing you to feel dissatisfied. Then you can address issues associated with them, Moñtanez said. Examine your mindset about your work and the company you work for; your working environment, such as coworkers, office layout, the number of meetings you attend; your physical state as well as your work and life balance.

Recommended for You: Making the Most of a Virtual Job Fair

Pinning down what’s weighing you down and working to change changes your attitude and leads to positive career moves, Moñtanez said.

Maybe your values are at odds with your job, Grilly added.

“Say you value creativity and you’re stuck in a role where everything in top down and you don’t have creative freedom to problem solve or explore the way you’d want to,” she said. “That can make you unhappy in your work.”

Women and managers tend to suffer from the affliction because they see everything their team or their boss does as a reflection on them, Grilly said. “That’s part of the overwhelm too.”

If you fall into that category, figure out what’s in your control what isn’t. You can’t control everything, and the truth is, you can’t really control much.

“Stuff doesn’t actually reflect on you the way you think it does,” Grilly counseled. “You can change your perception of the situation.

3. Something Else
In the short term, as you work to address the underlying issues behind burnout, look to motivation and comfort outside work.

“What other ways can you satisfy needs you do have control over, like a need to be creative,” Grilly said. “Where else can you get motivation and energy if you’re not getting them at work?”

When those needs are getting met, it’s easier to think about plans for your future, she said.

“When you’re so burned out, you even can’t think of change. The overwhelm takes over,” she said. “When you’re more engaged, you can can think about a five-years vision for yourself. When someone is burned out, they’re overwhelmed by thinking about that.”

4. Save Energy
Many people—and again, women in particular—have issues saying no, Grilly said. Challenge the assumption that you have to say yes to everything, she advised.

“Look at your workload and what’s the real bottom line with the project you’d take on,” she said. “Saying no gives you time to explore and take on projects more in alignment with what energizes you.”

She also has clients talk through their schedules to tease out times when their energy levels were low.

“When you get some awareness of energy levels throughout the days and weeks you can tell what makes things better or worse,” she said. “Maybe you notice that after a meeting your energy levels are down.”

Figuring out what’s going on during times of low energy can help you identify the reasons for burnout.

It also helps you match your work with the best time for you to do tasks, she said. Maybe you spend the morning deep in thought, if you find that time works best for you, and fire off emails in the late afternoon, for example.

5. Seek Consistency
If you’re burned out, you’re probably not getting consistency at work, Moñtanez said. Roles may not be clear to you, leadership may not be consistent, operational routine could very.

If you're not getting it at work, try to find consistency in your own ways. You could, for example split your day up into morning, midday, late afternoon and evening or find one thing you want to do at each time of the day and do that.

There are no quick fixes, Grilly and Moñtanez both agree.

Baby steps, Grilly said. “It’s hard to do, but that’s what works,” she said. “You can see it’s working and you get out of a funk that much faster.