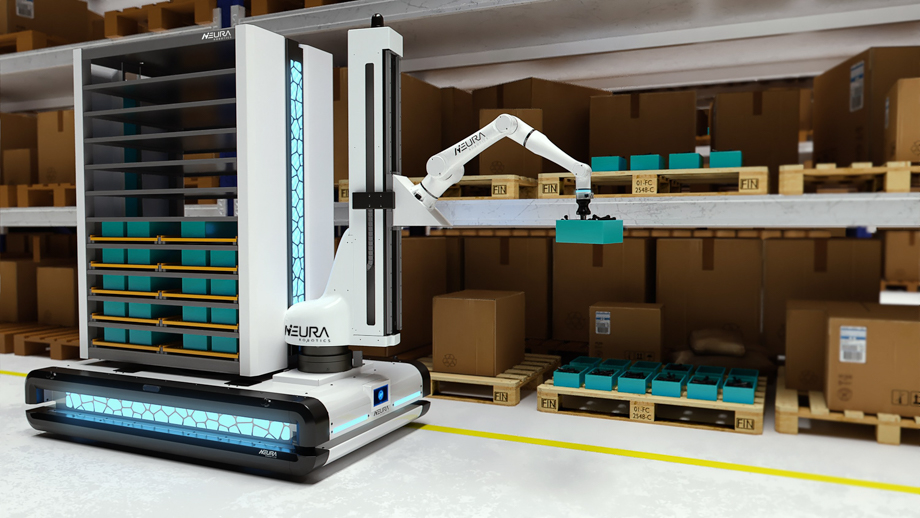 Machinery Manufacturing Robotics Technology and Society
Industrialized mobile robots are on the rise. Both autonomous mobile robots (AMRs) and automated guided vehicles (AGVs) rose by 27 percent in 2020. According to the Robotic Business Review, this was mainly due to the COVID-19 pandemic that drove up automation as a method of combating labor shortages and social distancing requirements.

Companies have gravitated more toward AMRs because they can be paired with artificial intelligence and navigational technology to operate more freely and independently. The International Federation of Robotics cited AMRs as one of the fastest-growing trends among industrialized robots for 2021.

With industrialized mobile robots (IMRs) on the rise, let’s see how we can define IMRs and how they are being used in the industry today.


Prior to IMRs hitting the scene, most industrial robotics were large robotic arms that needed to be kept separate from human workers.

“With the fixed-in place robot arm, within the industrial setting, the goal has been of keeping workers safe around the use of such machines. And so, the paradigm for the last 30 plus years was that you kept workers safe by keeping them physically separated from the industrial robot when it was operating,” said Carole Franklin, director of standards development at the Association for Advancing Automation (A3).

“Physical fences, light curtains, area scanners, or presence sensing devices are some of the tools used to keep humans safe. When a human enters the safeguarded space, the machinery is shut down and brought to a safe condition. That has long been the traditional paradigm of robot safety,” she said.

Recommended for You: How Can Robots Improve the Building Labor Shortage?

This methodology began to change as collaborative robots (cobots) entered the market. Suddenly, you had robotic arms that had safety measures built into the robot’s logic hierarchy.

“About ten or so years ago, the technology advanced to the point where it was starting to become possible to have a human be near a robot, both working closer in physical proximity. That represented a significant paradigm shift," she said.

To help organizations implement a mobile robotic system, A3 recently released the new R15.08-1-2020 standard for industrialized mobile robots (IMRs). The new guidelines layout definitions for mobile robots as well as safety standards when operating them.

This increased interaction, and the rise of advanced navigational systems and AI, led to a surge in mobile robots. Most notably, industrialized mobile robots are used in factory or warehouse settings to transport goods. The R15.08 defines three types of IMRs: 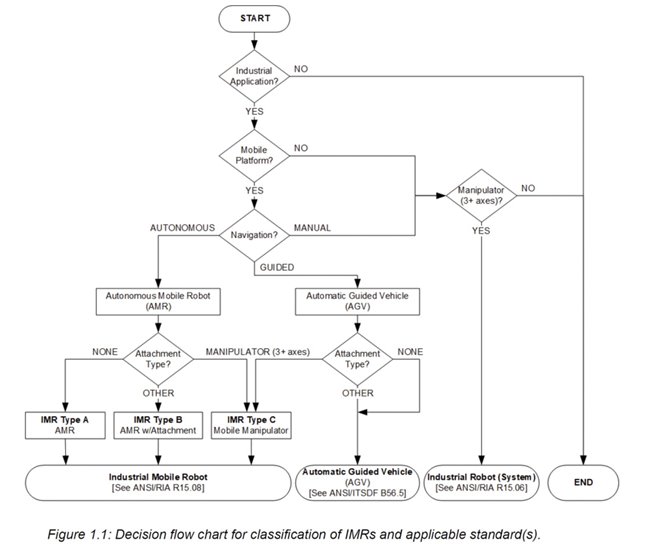 Learn More About: The Role of Robots in Remote Inspection


IMRs, which can replace forklifts and pull up to 1,000-kg payloads, are proving to be very useful in the factory setting. Common use cases of IMRs are the moving of inventory within the facility, assisting in picking goods, and flexible sorting solutions. These tasks fall within the dull, dirty, and dangerous categories—commonly known as the 3Ds within the robotic industry.

The main goal of IMRs is to take over the low-skill task jobs away from humans. There are several advantages to this. Human workers can stay in their primary work area and be more productive. They are also at less risk of getting hurt on the job as they do not perform potentially dangerous manual labor tasks. In 2018, the Bureau of Labor Statistics reported 272,780 musculoskeletal due to repeated manual labor. More than 38,000 of these injuries were in the manufacturing sector alone.

At a round-table discussion hosted by A3, several robotic leaders discussed the future of IMRs and how they can assist human workers. “Being that AMRs are early in the adoption curve, there’s still lots of ground to be covered to discover the best application,” said Matt Rendall, CEO of OTTO Motors. The way that I coach our customers is to find the sweet-spot applications for AMRs to start by looking at delivery routes inside of a warehouse or manufacturing operation where traditional material handling automation has not yet penetrated. We’re more interested in areas that have been too complex, too rapidly changing, too dynamic for traditional automation to succeed.”

Take Our Quiz: 5 Ways Drones are Used for Remote Inspections

The key to adoption is designing the IMRs to integrate easily into the work environment. Their operating systems and interactions with humans should be seamless.

Mobile robots like the ones used in Amazon warehouse help pick and transport goods across the warehouse. Image: Amazon
"One of the things we’ve done is try to build robots that are extremely capable, versatile, adaptable, and intuitive. Trying to teach shipping and receiving clerk what LIDAR is and how it works for us as a non-starter,” said Jason Walker, CEO of Waypoint Robotics. “So we try to make the robots that work intuitively. At Waypoint, we think there’s a spectrum of autonomy, and we operate at one where the robots are 100 percent completely independent in terms of computation, navigation, processing power, and network. Everything is onboard the robots. And that makes it really easy to deploy.”

Ultimately, the rules of integration are still be defining. Industry leaders are providing their insights, and standards have yet to be developed on how IMRs and humans can efficiently function side-by-side.

“If a company is thinking of deploying robots into their space, they need to give some thought to how they prepare their workforce. These new mobile machines are going to behave differently from how they might have expected mobile machines to behave in the past,” said Franklin. “Whether you’re an engineering company that’s trying to set up such a system for your client, or if you’re a larger manufacturing company that feels you can handle the integration yourself, you have to give some thought to those spaces and how to maintain safety for the human workers.”