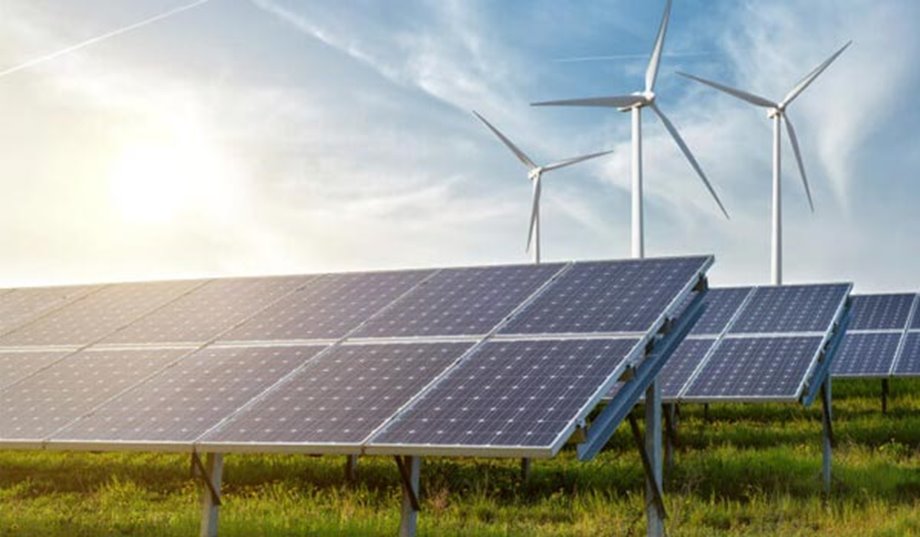 Within the growth of the renewable and solar energy markets, photovoltaic (PV) systems are on the rise. To better understand these systems and how to design for them, let's review the current market outlook, the system requirements for 1000 and 15000 Vdc, and how ultra-wide input dc-dc converters can be used.


The Rise of the Renewable Energy Market


Projected growth for photovoltaic power generation systems is strong, with installed global capacity increasing from 178 GW in 2014 to an anticipated 540 GW in 2019. This growth is led by Europe with an expected increase to 158 GW in 2019, while countries like China and the US are expecting four-fold and three-fold increases over that same period, respectively. A November 2016 report by the US Department of Energy (DoE) further revealed that solar energy accounts for the most significant portion of employers in the electric power generation sector, with wind energy being the third largest. In the US, solar energy employed 374,000 people or 43 percent of the sector's workforce and wind energy an additional 8 percent between 2015-16, while globally, 55 million people were employed by the solar industry in 2014. Overall, these numbers will only continue to rise, leaving tremendous opportunities for system designers and the products needed to support their growing demands.

Explore Our Infographic: Clean Electricity Around the World


Photovoltaic systems have always been limited by the solar panels' low efficiency, as 25 percent efficiency would be the market-leading or theoretical maximum level of monocrystalline cells. Therefore, to produce as much energy from the system as possible, PV designers must try to minimize losses in connections and the conversion process from panel dc output to ac for the grid. This is done by connecting panels in series to process power at high voltages where currents and "I2R" losses are lower. For example, grid-connected systems typically have blocks of 22 panels with cells connected in strings to give 1000 Vdc producing 5.5 kW per string. Then 2727 strings might then be combined for a 15 MW installation. However, the line loss of 1000 Vdc systems can be further reduced if the system could accept higher input voltages, which is where 1500 Vdc systems have come into play. 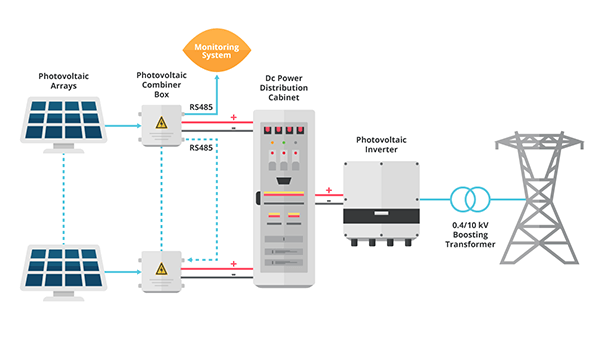 PV Power System Diagram
In contrast to the 1000 Vdc photovoltaic systems, by increasing panel numbers in strings to deliver 1500 Vdc to the combiners for the same 15 MW of power outlined on the previous slide, current drops to 66.6 percent of the 1000 Vdc value and resistive cable losses to 44.4 percent because of the "I2" in I2R, resulting in higher system efficiency and lower cost of installation with smaller cables and connectors. With fewer strings to achieve 15 MW, 31 percent fewer combiner boxes are needed (94 compared to 137, assuming each box can handle 20 strings in this example).

Recommended for You: Three Charts about the Electric Grid

This means that the associated combiner cabling, connector, and maintenance costs are lowered as well. The table below highlights research that has analyzed the cost per watt of 1000 Vdc and 1500 Vdc systems in a 10 MW plant to show a potential deployment savings of $400,000 in 1500 Vdc installations. But while certainly advantageous from a cost perspective, higher string voltages do have some challenges that need to be considered.

The Importance of Auxiliary Circuits


The combiners and inverters in a PV system need low voltage isolated power for monitoring and control derived from the 1500 Vdc line, but finding small dc-dc converters that operate at these levels is not easy. The lower voltage end could also dip under 200 Vdc under particular conditions, meaning the converter needs to provide at least a 7.5:1 input range to support these wide fluctuating voltages. This wide input range is difficult to achieve with standard flyback or forward converter topologies, especially with high maximum input voltages. The variation in pulse width to regulate the output, internal peak voltages, and extreme currents further necessitates a more complex topology.

Solar Combiner Block Diagram
Operating under different illumination conditions means the dc-dc converters require protection from frequent "brown-outs" as the input drops below the minimum threshold while also needing to deal with over current, over-voltage, and short circuit fault conditions typically seen in remote applications. As PV systems also require direct sunlight, temperatures in control cabinets can rise dramatically, making the operating temperature range of the dc-dc converter another key consideration. These challenges combine to make the selection of a dc-dc converter for PV applications no simple task.


To address these design challenges, engineers will need to rely on dc-dc converters specifically designed to support 1000 Vdc and 1500 Vdc photovoltaic systems. For example, the AE series from CUI has input ranges of 100 to 1000 Vdc, 200 to 1200 Vdc, or 200 to 1500 Vdc. These ultra-wide input dc-dc converters offer power ratings from 5 to 40 Watts while featuring 5600 Vdc isolation, rated operation up to 5000 meters, and an operating temperature range from -40 up to +70°C with no derating. These types of converters are ideal for a range of renewable energy and photovoltaic system applications, including off-grid, distributed, and centralized solar power equipment, wind turbines, and more. Here are some system examples where an engineer can utilize a dc-dc converter.
The global market for renewable energy is continually on the rise, which presents challenges for system designers. As auxiliary power supplies are a significant part of the monitoring and controlling of these systems, they need special characteristics to withstand higher operating voltages while complying with reliability and safety standards.

Ron Stull is a power systems engineer at CUI Inc. He has gathered a range of knowledge and experience in the areas of analog and digital power as well as ac-dc and dc-dc power conversion since joining CUI in 2009.