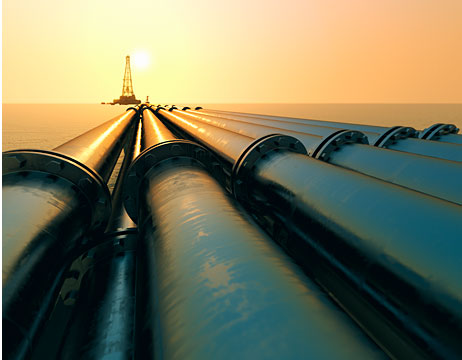 Most people are surprised to learn that hydraulic fracturing, or "fracking," is fairly old technology. It’s been around since the 1940s, actually. Today it is a household word, thanks to its prevalent and controversial use in recovering oil and gas from deep shale deposits in the continental U.S. These “unconventional” reserves consist of petrocarbons trapped in “tight” shale rock, often miles below the surface, essentially out of reach until the 1980s, when horizontal drilling and hydraulic fracturing were successfully combined to make it technologically and economically viable to exploit deep oil shale. “As a result,” says Michael Economides, professor of chemical and biomolecular engineeringat University of Houston, “shale rock has been transformed from being seen as a barrier rock between lackluster formations to becoming a target rock that contains massive quantities of trapped gas.”

About 80% of America’s gas industry exists because of the success of hydraulic fracturing. So what is it, exactly?

Hydraulic fracturing is the process by which water, sand, and chemicals are injected, under high pressure, into deep shale deposits through a previously drilled well, fracturing the surrounding sedimentary rock and releasing trapped oil and gas. Particles of sand hold the fractures open to allow the hydrocarbons to flow freely to the surface.

Typically the oil-bearing shale is a gently dipping formation thousands of feet below the surface. Horizontal drilling starts with a vertical hole that stays vertical until it hits the shale horizon, at which point it is turned 90 degrees to follow the center of the oil-bearing rock. Drill steel is surprisingly flexible. All it takes is a short radius of 20 to 45 feet to start a horizontal well from the bottom of a vertical well. Increasingly sophisticated rotary steerable systems, combined with logging-while-drilling tools, help engineers accurately steer the well path in real time to keep it within the target formation. Horizontal wells can extend up to a mile or more from the vertical part of the well.

The next step involves setting off high-order explosives to fracture the shale along the productive sections of the well. This involves blasting holes through the steel casing and cement and into surrounding rock—a high-precision affair that lasts only a few seconds. A carrying device transports the carefully calculated and spaced explosive charges down the hole, where they are detonated at precise locations to create the first fracture patterns in the shale. Perforating guns deliver tremendous high-velocity pressure waves that travel up to 7,000 m/s and exert as much as 103 GPa.

Hydrofracturing can now begin. Pump trucks deliver a highly pressurized solution down the drill hole that is 99.5% water and sand; the remaining half a percent consists of anti-bacterial compounds (bacteria can corrode pipes and reduce production) and other additives that change the surface tension of the water so it is easier to pump down the hole. Under this extreme pressure of up to 20,000 psi the fluids fill or enlarge the perforation cracks that can extend several hundred feet away from the well. The sand grains become wedged in the fractures, keeping them open when the pumping pressure is reduced. After fracturing is completed, the internal pressure of the geologic formation causes the fluids to rise to the surface, bringing along oil and gas, which are then separated. The well will typically produce oil and/or gas without further stimulation for many years.

Many key advances in drilling and hydrofracturing have resulted from sophisticated modeling programs. “Hydrofracturing is really a study in applied fracture mechanics,” states Ron Dusterhoft, a mechanical engineer and Technology Fellow with Halliburton in Houston. “This is an exciting field because we are looking at the intersection of fluid dynamics and complex fracturing dynamics.”

So is Mukul M. Sharma, professor of petroleum, geosystems, and chemical engineering at the University of Texas, Austin. His research group uses modeling to study fracture growth, the coupling of pore pressure effects with geomechanical effects, and better methods for fluid placement.

“Modeling allows us to see the interaction between multiple fractures in multiple wells in a single pad location through the use of tracers and microseismic data,” he says. “Combine this with geomechanical modeling and the picture becomes even clearer. Before we had these tools we had very little idea where the fractures were actually going.”

Register here for a free webinar on hydraulic fracturing.

For Further Discussion
This is an exciting field because we are looking at the intersection of fluid dynamics and complex fracturing dynamics.Ron Dusterhoft, Halliburton