How to Choose Power Adapter Input and Output Plugs

How to Choose Power Adapter Input and Output Plugs 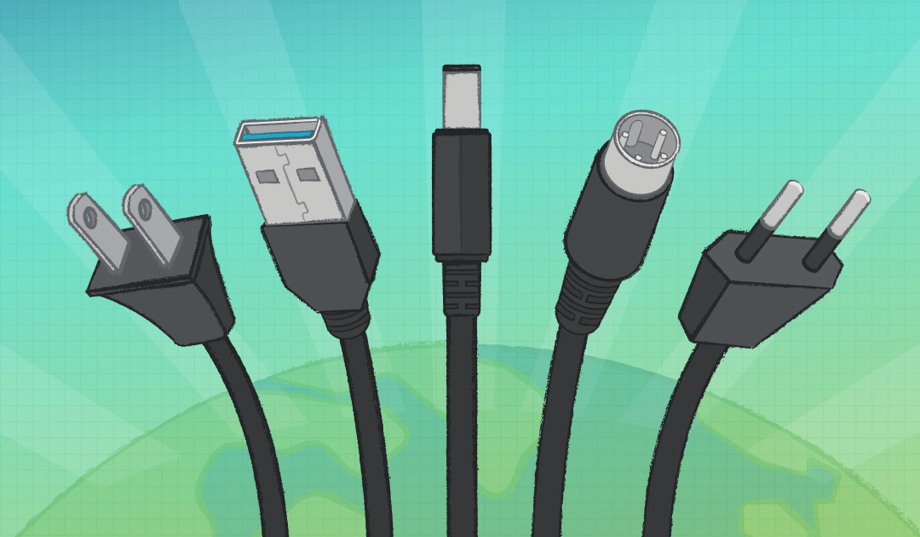 
The selection of a proper wall plug for ac input voltage can be made by answering a few questions:

An appropriate ac input plug can be selected based upon industry standards after the above criteria have been determined. The standard wall plugs will have proper insulation for the rated voltages, and the contacts will be rated to work with specified maximum load currents. Unique mechanical construction related to the electrical specifications is used for the plugs and sockets to ensure that electrically incompatible plugs and sockets are not able to be used together. 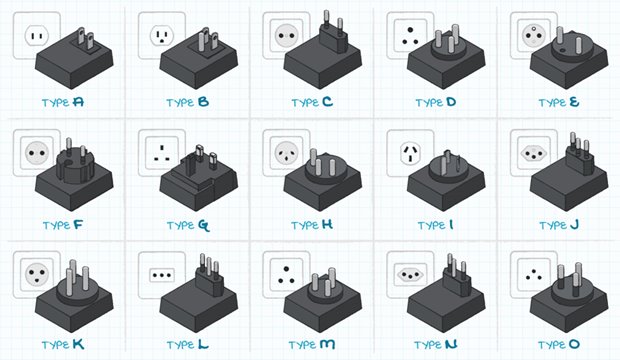 A standard set of plugs and sockets have been specified by the International Electrotechnical Commission (IEC) and are identified with letter designators. This is a helpful method to characterize connectors, but it should be understood this categorization is not a guarantee of compatibility between plugs and sockets with the same letter designator. An example of potential incompatibility is the plug Type A (used in North America, Central America, and Japan) often has a wide blade (Neutral) and a narrow blade (line) to provide for polarization of the plug when used in North America. However, the Type A plug used in Japan typically has two narrow blades; thus, the wide blade from North America will not fit in the narrow blade sockets found in Japan. However, the narrow blade plugs from Japan will fit in sockets from North America with either polarity orientation. CUI offers a World Plug and Input Voltage Guide for more information regarding international plug types.


Single-phase ac input voltage delivered from the wall socket can involve either two or three conductors. Two conductors are required to deliver the voltage to the load while the third conductor is optional and connected to some form of ground potential. When included in the power delivery configuration, the ground conductor is present either to provide additional safety from contact with hazardous voltages in the load or to minimize conducted emissions from being unintentionally transferred from the load back to the wall socket.

Read our Infographic: Three Charts about the Electric Grid

International safety regulations allow for power supply designs with or without the ground conductor present (three or two conductor ac inputs, respectively). Additional information regarding this topic can be found on the CUI website with articles discussing Insulation, Isolation, and Working Voltage and What's the Difference Between Class 2 and Class II Power Supplies.


Dc plugs for the output voltages from power supplies are not as standardized as are the ac input plugs. To limit the scope of this discussion, we will describe only some of the more common dc output plug styles: barrel connectors, DIN connectors, and USB connectors.

The table below lists some of the features associated with the three styles of dc output power plugs which we will discuss.


Perhaps the most common type of dc power plug is the barrel style. This style of plug provides a benefit in that it does not require a specific orientation when inserting it into the matching jack. Another advantage of the barrel plug is it has loose mechanical tolerances and thus is easy and inexpensive to manufacture.

Recommended for You: Renewable-Heavy Grids Need Watts in Store

The standard barrel plug is constructed with two concentric metal sleeves (barrels) that are separated by an insulator. The diameters of the inner or outer sleeves have been standardized, as has the length of the barrel so that it is possible to select a jack to mate to the plug properly.

The mate to the barrel plug is a barrel jack with a pin and a cantilevered spring. The pin diameter of the jack is selected slightly smaller than that of the inner sleeve of the mating plug. The body of the jack will have a hole with a diameter that is somewhat larger than that of the outer sleeve of the matching plug. The depth of the hole in the body of the jack will be specified to be approximately the same dimension as the length of the sleeves of the plug.

The loose mechanical tolerances and low cost of barrel connectors make them appropriate for many applications, but these same characteristics can cause application issues. The gap between the non-mated cantilevered spring and the center pin on the jack, as well as the spring constant of the cantilevered spring, are seldom provided by the vendor of the jack. This lack of specifications makes determining the mechanical insertion or retention forces between the plug and the jack difficult.

With a barrel connector, the decision needs to be made regarding the polarity applied to the two concentric sleeves. By common convention, the shielded inner conductor is the positive polarity, and the exposed outer sleeve is at ground potential. This convention has been adopted to minimize the possibility of shorting the plug if it accidentally comes into contact with exposed grounded conductors. When using an unfamiliar power supply with a barrel plug, care should be exercised. Although the convention is for the outer sleeve to be at ground potential, there are many designs with the polarity of the sleeves reversed.

Barrel plugs are available with the cord either entering the plug in-line (axial) or at a right-angle direction (radial). The in-line configuration is the most common as it is perhaps easier to manufacture and insert the plug into the jack. The right-angle configuration provides advantages in certain applications, such as when it is desired for the cord associated with the plug to lay alongside the side of the case or chassis in which the jack is mounted. Having the cable alongside the case or chassis can make the footprint of the product smaller and can also enable the cable to be captured in a clip on the case or chassis. Another situation in which the right-angle plug is of benefit is if there is concern that the plug may be unintentionally disconnected due to tension applied by the cable. If tension is applied to the cable with a right-angle plug, there will be a torque applied to the plug-jack mechanical connection, and it will thus be more difficult to separate the connection.


While USB connectors were initially developed to deliver both power and digital signals, the wide acceptance of the USB mechanical connector and electrical power levels has led to many power-only applications. The USB Type-A connector is available in multiple configurations (standard, mini, micro, etc.) and, by convention, is used to deliver 5 V at a maximum load current of 2 A (10 W). A minor but sometimes frustrating limitation of the USB Type-A connectors is the plug and receptacle must be in the correct orientation (right-side up versus upside-down) before they can be mated.

The USB Type-C connector has been developed as a more compact, higher power, and higher digital signal speed improvement to the earlier Type-A connector. The specifications for the Type-C connector are a maximum of 20 V and 5 A (100 W). Although the USB connectors can be used to deliver output voltage levels other than 5 V, it is prudent for power delivery applications to provide only 5 V as the initial output voltage not to cause damage to products with USB receptacles. A means of exception to the previous statement regarding only 5 V from USB connectors is the USB forum has defined USB Power Delivery and Programmable Power Supply specifications which allow a power supply and load to negotiate for output voltages between 5 V and 20 V.

The power industry has created and implemented standard plugs and sockets to transfer ac wall power from the power distribution system to power supplies. These standards are easy to implement, and there are few applications for which deviating from the standards is beneficial. The plugs and jacks available for the transfer of dc power from the power supply to the load afford the designer many more choices and fewer standards than the ac input power. Care should be taken to ensure that the dc connectors have the proper voltage and current rating for the application. Many power supply vendors, such as CUI, have technical and sales support staff who can provide advice regarding the selection of ac and dc connectors for power supply applications.

Bruce Rose is principal applications engineer at CUI Inc. During his many years in the electronics industry working in design, sales, and marketing, and he has focused on analog circuits and power delivery.