How the Food Web Can Keep the Electricity Flowing

How the Food Web Can Keep the Electricity Flowing 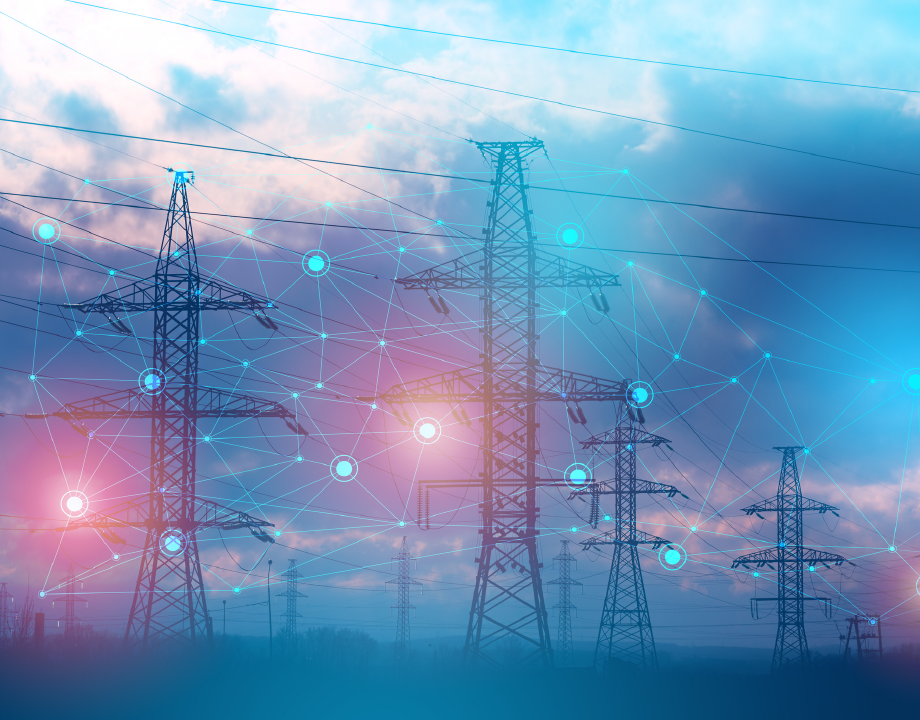 Biodesigned systems such as the food web may help researchers build grid resilience.

Drawing on principles from biodesigned systems—in this case the food web—will help scientists build more resilience into the electrical power grid, said Astrid Layton, an assistant professor of mechanical engineering at Texas A&M University. She collaborates with Katherine Davis, an A&M assistant professor of electrical engineering, on the project. 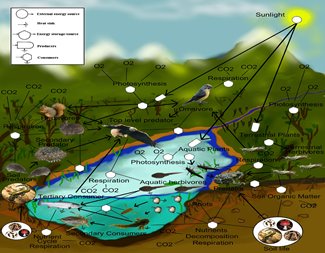 The food chain holds clues to greater grid resiliency. Image: Wikimedia Commons
A food web is a system of interlocking and interdependent food chains. It goes beyond predators that depend on their prey for survival but—at the other end of the system—actors like earthworms or fungi that take dead organic material and break it down and cause it to decompose so the ecosystem can use it again, Layton said.

Editor's Pick: ​Energy Blog: Trading One Crisis for Another

Designing the power grid to continually circulate energy in this interlocking manner can aid with stability. “Food webs have a lot of these cyclical patterns that happen.” Layton noted.

But power grids right now are extremely linear, like a lot of engineered networks,” she added. “You look at the start of your material or energy that's flowing through the system, and you follow it through and you’re essentially following a straight line, even as you pass a series of nodes or actors along the way.”

By studying how different types of interactions, structures and patterns within food webs mingle, and incorporating those movements into a power grid, the grid has less opportunity for failure, the researchers believe.

For instance, one important way food webs are resilient, Layton realized, is that after a food system suffers a disruption, it doesn’t necessarily have to recover to its initial state.

“They can recover to alternate, also stable states,” she said. The predator may be able to sustain life for a time by eating another type of prey animal, for example.

She and Davis are applying the analogy to power grids to find ways they also may be able to quickly reset themselves to an alternative, yet stable, state. Using that method, areas that are more critical during times of disruption than others—such as hospitals or first responder centers—should see the least disruption to their power supply.

More for You: Energy Blog: Time Is Energy

“The implications we could have power grids that are able to deliver power even when we have large-scale disturbances,” Layton said. “With the increase in weather-related disturbances this is particularly important. Especially if you start thinking about critical power consumers such as first responders and vulnerable populations—the impact to these consumers when the power goes out is significantly worse.”

The Houston area, for example, experienced a drop in power-system performance during Hurricane Harvey, a Category 4 storm that inundated the region for several days in August and September of 2017. It was critical that first responders and hospitals to maintain power.

Investigations on grid resiliency and the pollution-cutting potential investigation are still in the early stages, though it looks promising, Layton said.

“A recent publication of ours shows that the bio-inspired grid designs perform significantly better than the traditionally designed grids when we put them through contingency analyses,” Layton said.

A contingency analysis is a “what if” scenario that evaluates, provides and prioritizes the impacts on an electric power system whenever typically unplanned problems or outages occur.

“Biological ecosystems have been around for a long time and that’s lots of rounds of design iteration to produce something that we as engineers can really learn from to make things better,” Layton said.

The pair also hope to use their findings to better incorporate renewable electricity into the grid to cut atmospheric pollution levels.

Jean Thilmany is a freelance writer in St. Paul who writes frequently about engineering.