Getting More Energy from Solar Panels

Getting More Energy from Solar Panels 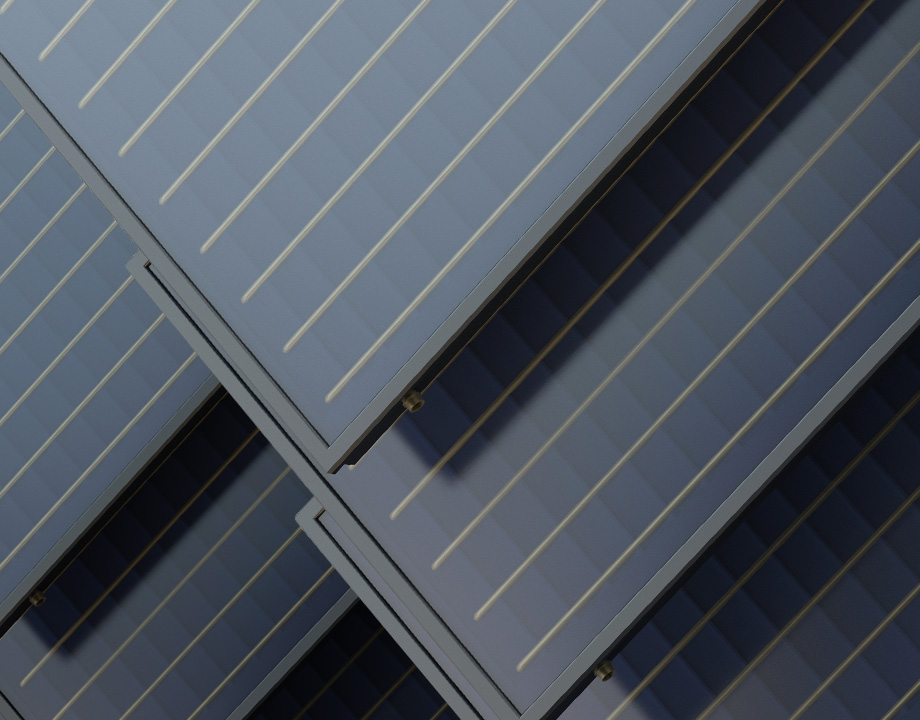 How to set-up a bifacial solar cell? A simple technique using two equations will increase our ability to use energy from the sun.

Building Equipment Contractors Electric Power Energy
Since the solar cell was invented in the mid-1950s the game has been pretty much the same: Turn them to face the sun and gather as many rays as possible. The vast majority of panels that make up solar farms are either fixed at an angle for maximizing daylight or on a tracking system that follows the sun as it makes its daily journey through the sky.

Until recently, making a solar cell that could accept sunlight from both sides was not worth the extra expense. But now, thanks to increased efficiency and lower costs, the bifacial solar cell is on the rise—and will likely make up 25 percent of all solar cells by the end of the decade.

Double-sided cells not only collect more direct rays from the ever-moving sun, but they also absorb reflected sunlight. “Even if the shade is completely dark you can still see the light bouncing off the ground,” said Muhammad “Ashraf” Alam, a professor of electrical and computer engineering at Purdue University. “It still comes back and hits your eye.”

Taking advantage of the light that hits the back side of a solar cell can increase the efficiency by as much as 20 percent, depending on the color and material of the ground and surrounding surfaces. Using both sides also allows for new arrangements. Panels can be kept vertical, in greater density, and in more places, such as the sound barriers along highways.

“Bifacial liberates you from the classical tyranny that you only have to look at the sun to be useful,” Alam said. 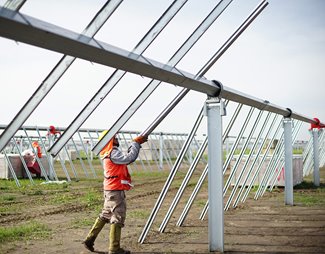 Using the new technique, designers of bifacial solar panels and arrays can increase their efficiency. Photo: Soltec
But determining just how much extra energy will be garnered and determining the best arrangement of panels to produce as much energy as possible, is a thorny computation. “They need a big computer to make this calculation,” said Ryyan Khan, now a professor of electrical and electronic engineering at the East-West University in Bangladesh who coauthored the research paper on bifacial solar cells. “It’s enormously complicated.”

Now, after 10 years of research, Alam and his colleagues have come up with a much simpler way. “It turns out that all you have to know is how to draw a line and how to put boxes in a triangle,” he said. “This all you have to know, at the end of the day, to do the most sophisticated calculation.”

Alam’s technique is a kind of approximation of the more complicated method, but it provides the same results for all practical purposes. “Even in the worst case scenarios, it’s just two or three percent different than what people would calculate by more complex methods,” he said.

Alam reviewed the literature of the last 50 years and found that every published result can be reproduced with his simplified method. And doing so requires no more knowledge than high school algebra.

In essence, designers need to know the reflectivity of the ground and the material their cell will be made of, and that’s it. With those two variables and the two equations Alam provides in his paper, they have everything they need. There’s no app or tool to buy to put Alam’s work to use—designers of solar panels and arrays can put the method immediately into practice.

Related Infographic: Shifting Sources of the US Power Grid

Alam’s method will help farmers who want to use solar to produce a certain amount of energy to figure out how much of their otherwise cultivatable land they should give up to solar. “They can use this technique to solve problems that were previously unsolvable,” Alam said.

Similarly, researchers trying to determine whether a four-cell arrangement would be superior to three had nowhere to turn, until now. Using Alam’s technique they can determine which setup is best in a matter of minutes.

Of course, Alam’s equations will be indispensable for anyone gearing to run a commercial solar farm. “If someone is trying to sell them something at a high price, and says it will give them significantly more performance, they will now be able to ask questions and make relevant business decisions,” Alam said. “It levels the playing field and is helpful for both the consumers and the manufactures.”