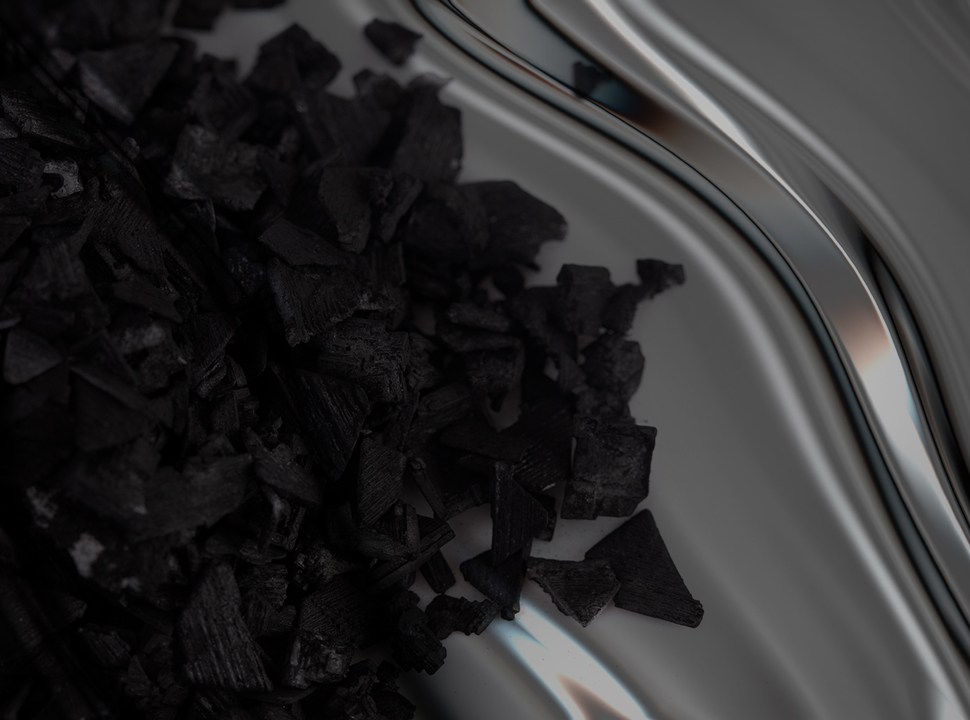 Bubbling carbon dioxide through a liquid metal leaves behind carbon flakes. Could this be a means to capture greenhouse gas emissions?

Energy Materials Technology and Society
Most methods for pulling carbon dioxide out of the atmosphere and keeping it out are costly and energy intensive. But now researchers at the Royal Melbourne Institute of Technology have managed to turn the gas into a solid—simply by letting it bubble through liquid metal. The technique could put a stopper on the flow of CO2 into the air, likely at the point of entry: industrial emissions.

The research team passed carbon dioxide through an alloy—mostly gallium and indium—designed to stay liquid at room temperature. Gallium melts at 59 °F, so in most industrial settings the metal will require no heat to stay liquid. With the gallium in a cylindrical column, CO2 is simply passed through it. 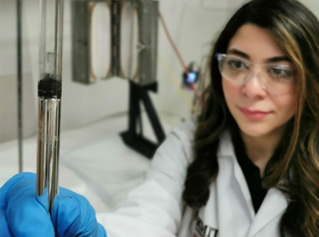 Karma Zuraiqi, a researcher at the Royal Melbourne Institute of Technology, has developed a method for capturing carbon by bubbling carbon dioxide through liquid gallium. Photo: Royal Melbourne Institute of Technology
“The gallium gets oxidized, and we get carbon flakes—solid flakes—sort of floating on the surface,” said Karma Zuraiqi, a researcher at the university and lead author of the paper “Direct conversion of CO2 to solid carbon by Ga-based liquid metals,” published in Energy & Environmental Science in February 2022. “It’s a black powder, which looks sort of like ash, sitting on top of the liquid metal.”

Carbon and liquid gallium are significantly different in terms of density, and carbon is insoluble in gallium, so separating the two is not an issue—and the carbon can easily be retrieved. “This is a really nice way of storing CO2,” Zuraiqi said. “There’s no leakage, it’s not in a gas form, and it doesn’t take as much space when not gaseous.”

Check Out the Infographic: Looking for Capturable Carbon

Of course, catalysts don’t last forever, and as the carbon dioxide is being converted to a solid, the gallium is being converted into gallium oxide. But, thanks to gallium’s high density, very little of it ends up getting used. And gallium is inexpensive, a biproduct of the processing of metals such as zinc. 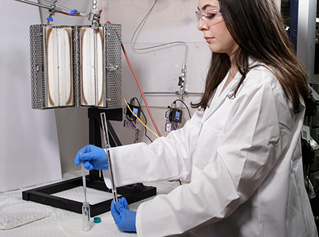 Karma Zuraiqi said, “This is a really nice way of storing CO2. There’s no leakage, it’s not in a gas form, and it doesn’t take as much space when not gaseous.” Photo: Royal Melbourne Institute of Technology
Once a solid, the carbon could become something useful. Zuraiqi thinks it could be a part of a cement blend. In theory, it could also be used as fuel, but that would mean putting it right back in the atmosphere again.

The research was a proof of concept. Zuraiqi and her colleagues are not sure exactly what percentage of carbon is becoming solid as it passes through the liquid metal. At the moment, the stream of carbon dioxide is making a single pass through the alloy—at a rate of ten cubic centimeters a minute. “If you were to recycle that and do a second stream, you could eventually reach 100 percent conversion,” Zuraiqi said.

But even if every bubble of carbon is turned to a solid there’s still a long way to go before industries slap a tube of gallium on their smokestacks and cut their emissions to zero. The next step, said Zuraiqi, is scaling up to a shipping container-sized modular reactor.

Even at larger scales it will still be only one piece of the puzzle for solving climate change. But its simplicity makes Zuraiqi hopeful that the process will have a real impact. “The simpler the process,” she said, “the more you feel you’ve hit the jackpot.”

Michael Abrams is a technology writer based in Westfield,  N.J.