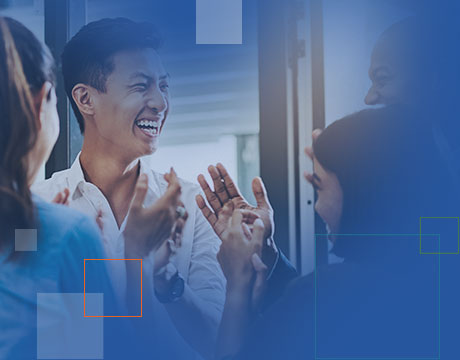 Workforce Blog: How to Give Feedback 101

Your boss passes you in the hallway a few hours after you led an important meeting. She stops you and says, “Hey, about that meeting this morning. I have some feedback for you.” At that moment, what do you think: “Wow, that’s great,” or, “Uh-oh, now what?”

If you are like most of us, you will want to flee rather than endure your boss’s ‘feedback.’ But this is an odd reaction when you consider the research on professional development. These studies reveal that people are hungry for feedback and believe that it's essential for their progress. So, we say we want feedback but we would sooner run for the hills when it is offered. Why the contradiction?

Because when someone says the word ‘feedback,’ we actually hear the word ‘criticism.’ And most of us hate feeling criticized or judged—we do that to ourselves enough without needing someone else to pile on.

But feedback is neither judgment nor criticism. It is simply information. The term ‘feedback’ originated in the field of controls engineering. Simply put, feedback is a system used by a device to modify its output. A missile guidance system is a form of feedback. Without one, a warhead would explode far from its target. A thermostat is also a form of feedback. Without it, a room’s temperature could not be easily regulated. Thus, at a basic level, feedback is merely information that helps a system improve its performance. And the same principle applies to humans.

The problem is that while missiles don’t freak out when their guidance system tells them they are off-target, we often do. And we should, because nearly all the feedback we receive (and provide) is awful. In fact, it’s rarely feedback at all. I have a client who thinks he is offering quality feedback when he tells his direct reports they did a good job. He isn’t. He is providing recognition. Not the same thing.

So how do you provide high quality feedback to help someone improve their performance, but without kicking up their fear or defensiveness? Answer: By building your skill at providing real feedback vs. offering judgment or advice.

Read Four Tips for Speaking Up to Your Boss

We adapted these three practices from the Center for Creative Leadership (CCL), the nonprofit leadership education and research institution. CCL espouses feedback as the key to the kingdom of professional development, and I agree.

When & Where: The feedback receiver needs to know the specific circumstance when he or she behaved a certain way. “Yesterday” is not specific. “In the middle of yesterday’s staff meeting, when you…,” is specific. You will be good at this step when the feedback receiver can recognize the actual time and place you are referring to in your feedback.

What: This step is the source of most low-quality feedback. The key is to describe what you saw and heard without judgment, as a video camera would. “You took control of the meeting,” is a judgment. “You stood up by the flipchart and started calling on people” is an observation of behavior. You will be good at this when the feedback receiver considers that your observation adequately describes what they actually did.

How: This step requires you to describe the after-effects of the behavior and is the step most of us struggle with. Unless you explain the consequences, the feedback receiver will not know why their behavior, and your feedback, is important. The key is to describe the outcomes in terms that are themselves behavioral or fact-based. “After you called on people, our staff became uncomfortable,” is a judgment. “After you started calling on people, two people contributed” describes what happened in the aftermath of the behavior.

Like missiles, we all need feedback to learn whether our behavior is on-target. And like thermostats, we need feedback to regulate whether we over-did or under-did some aspect of our behavior. What we don’t need is to be patronized with too much recognition, or to feel like we are about to be barbecued with criticism.

Mara Goldberg (pictured above) and Robert Goldberg are co-founders of Marigold Mediation, LLC., a consulting firm dedicated to helping organizations build healthy relationships. Goldberg can be reached at mara@marigoldmediation.com.