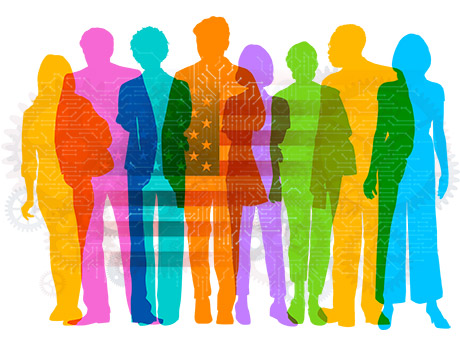 American industry—especially the energy industry— is stronger when it can draw talent from all over.

Iran, Iraq, Libya, Somalia, Sudan, Syria, and Yemen: Those seven countries were singled out when President Donald J. Trump issued a travel ban via executive order two Januaries ago. The countries on the list were either wracked by war or long isolated by sanctions, so it would be easy to believe that the ban would have only minor impact on American industry or the nation as a whole.

But travel restrictions don’t only affect immigrants, asylum-seekers, and refugees. They also impact world-class scientists looking to improve the human condition. The movement of people is valuable to both individuals and to the global economy. That’s especially true for scientists and researchers, whose endeavors usually depend on—or at the very least benefit from—collaboration.

On American university campuses, the travel ban was immediately felt. At the University of Texas in Austin, where I’m a faculty member, 110 students, scholars, and faculty were affected. Students I know. This isn’t some remote, abstract mystery to me. It’s real. The impact of that experience can be multiplied across hundreds of universities and every state.

Top Story on ASME.org: Using the Eyes of Killer Shrimp to Design a Super Camera

In fact, scientists who work and live in Europe but who have also conducted research in the targeted regions can no longer easily come to the U.S. to collaborate and share insights. Instead of a quick entry into the country, some British researchers have reported multi-month delays in obtaining entry visas.

Instead of a quick entry into the country, some British researchers have reported multi-month delays in obtaining entry visas.
Michael Webber, University of Texas

There are also slowdowns and reductions in issuances of H1B visas for skilled legal immigrants, which is a negative hit for industry. For the tech sector and energy industry, which are comprised of many global companies, these restrictions and travel bans are problematic. It makes it harder for them to recruit from around the world or work seamlessly within their multinational enterprises. It’s possible that an Iraqi supervisor working in the oil industry in Houston could oversee workers in Europe, but would not be able to visit them in person because of the fear that he or she would not be allowed to return to the U.S.

Some people might shrug these off as problems only for foreigners and a potential boon for native-born Americans, but we all benefit from international collaboration. In 2017, the Economist magazine noted that all of the world’s restrictions on the free movement of human talent hacks $78 trillion off global GDP.

The story of the lithium-ion battery shows what is at stake if the exchange of scientific ideas is disrupted. The Li-ion battery is ubiquitous, carried in our hands inside our smartphones and laptop computers, and it promises to enable critical opportunities like electric vehicles and the integration of wind and solar into the electric grid. But this breakthrough would not have happened without interactions between different scientists in different countries. The early development of the Li-ion battery spanned from the 1960s through the 1980s and included scientists who interacted and exchanged ideas in Europe, Japan, and the United States working at companies like Ford, Asahi, Sony, and ExxonMobil, and at universities such as MIT, Oxford, and the University of Texas at Austin.

Had policies prevented collaboration between those countries in the 1960s, 70s, and 80s, then it is likely that the Li-ion battery would never have come to fruition—at least on its present schedule or with its current excellent performance. Similarly, new gas turbines are developed by international teams distributed across the globe, and the most advanced offshore wind turbines are built using European technology. Which world-changing technological breakthroughs of tomorrow are we going to miss because of the travel restrictions today?

Because universities are so severely impacted, it makes perfect sense that they were leading the charge to reverse the ban. The lawsuit against the travel ban was led by the state of Washington on behalf of its flagship university.

Universities have been leading voices against the recent wave of travel restrictions, but they should not be alone. It is in the interest of American industries— especially the energy industry—that the most talented workers can come to the U.S. and promote innovation here.

MICHAEL E. WEBBER is deputy director of the Energy Institute at the University of Texas at Austin and the author of the upcoming book, Power Trip: The Story of Energy, to be published in 2019 by Basic Books.