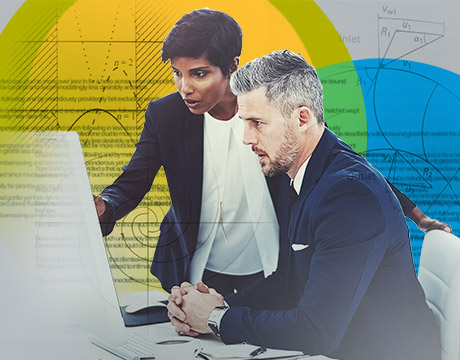 Entrepreneurial engineer Robert Giasolli, founder, CTO, and vice president of R&D for Cagent Vascular, has worked with in many industries to design a variety of products, including medical devices and a new type of bullet for U.S. Army. He recently spoke with Jeff O’Heir, ASME’s senior content manager, about the challenges he faces while working with non-engineers and how he overcomes those to create successful products. Clear communication, he says, is key.

To hear Giasolli speak more about solving the communication gap and other engineering issues, listen to him on our new podcast, ASME TechCast.

JO: When you talk about the communication and language gap that exists between research and industry, particularly in the biomedical field, exactly what types of problems are there?

RG: If you think of the biomedical field, surgeons are taught to control the operating suite so they come at problems with a control mindset. They're the only person in the room that is supposed to be in charge.

In addition, there’s the concept that most people think they can design. It's not uncommon that we all think of building better mousetraps, better designs in our daily lives. So if you're taught that you're in control and you think you can design, you start projecting exactly what you're user needs are to an engineer. What is a researcher or engineer taught? We're taught to explore the problem and figure out what the boundaries are. That's a different term [for an engineer and a surgeon or clinician]That’s a design input term. When a physician provides structure around what they need, they don't tend to talk in design input terms; they [say]this is what I need. They think the image of what they're describing is what they want. It's not necessarily the same.

JO: So, in a nutshell, one side doesn't always know what the other is talking about?

RG: That's right. The researcher is seeking what the boundaries are within the design space. In my experience, what you need to do is to go through a series of questions and ask more than one user; not just one physician but a series of physicians so you get a really structural picture of the boundaries.

JO: You've designed a variety of products and have worked with many different types of teams. Can you provide a real-world example of a communication gap that you experienced and how you got around it?

RG: So the first medical device worked on was with a physician [who]wanted to create a series of staples inside the artery to keep it open. What he drew on the napkin was a ring, just like the one you’d on your finger, and he said he wanted to place a series of rings inside the artery to keep it open. Well, first of all, you can't get a ring into the body without doing major surgery. What you’d need to do is to some way collapse the [device]structure in a very small foot print and then allow it to expand. Through a series of investigation and self-discovery I came to realize rings wouldn’t at all be possible. So the design we came up with is incredibly versatile and it has unique features that weren’t originally conceived of that allow forthe device to be used in much broader applications than the original concept called for.

JO: What did you actually design in the end?

RG: It has it a wavy pattern with long foot prints. It's designed to come out of the end of a catheterin stages so it stays stable during its delivery. That was key because what we made was one of the shortest stent-like structures ever made; 6mm long. For this to come out and not be shot out of end of the catheter like you’d spit a watermelon seed out of your mouth we had to have a way of producing a footprint against the artery wall at different stages of the delivery. It worked incredibly well.

JO: He wanted a ring, you gave him a stent-like device. How did you convince him that this was the proper design or device to use?

RG: Through a series of events. We started with something very simple, and we proved that rings wouldn't work. Out of that exploration of rings not working, there was a feature within the ring design that I thought needed to go forward in every design iteration. It was like a jaw, a piece of the metal that stuck out of the circle and bit into the artery. Designing that was tricky. How I achieved that was to realize and visualize that the artery wasn't going to be smooth, it was going to be a rocky, hilly domain because it's diseased. So as the structure goes around a hill, the teeth stick into a piece of the artery to keep it stable

JO: You’ve also worked as a consultant for so many different entities and in so many different environments. How pervasive or common is this communications gap and what types of problems does it bring the design and development process? Does it impact time to market, budgets, or other types of resources?

RG: Absolutely. It doesn't matter what the field is. You have to identify what the user needs are; they can come from anywhere. Design inputs are sometimes wrongly associated. I was working with the army and their engineers. They had already structurally designed this safety and arming switch. The problem was that they had designed this switch they wanted to put it in all their bullets. To build this switch would cost them $20. That's not possible if you're going to war where you're going to be burning through bullets really fast. They asked me if there was a way to modify the design to reduce the costs. Through some very simple changes through the design input, I was able to create an alternate way of making the device with much less expensive process steps, chemical etch, bulk process, and things like that. We got the price down to 20 cents.

JO: What needs to be done to solve these types of communications problems, these gaps?

RG: One of the problems is actually on the researcher's side.We come out of engineering school with the concept that you'll be given certain parameters, and you'll design within those parameters, and you'll be able to optimize your design as you go along. In reality, what I've found is you're coming into the project with preconceived ideas; we all have them. Some of them come from what you’ve done previously. But it's also in the dialog that you'll have with the physician. So the physician is giving you preconceived ideas. For instance, if someone told you make a pen you might immediately think it has a wick to the end and a ball thing that rolls. You know how they're made. But if you have never touched a pen, you'd be much wider open: OK, so what do you mean by a pen? That kind of needs to be where you start with a physician because sometimes they're telling you things because they have preconceived ideas of how to solve it, which will never work.

Listen to Episode 1 of ASME TechCast: Building the Case for a Diversified Workforce

For Further Discussion
It doesn't matter what the field is, you have to identify what the user needs are.Robert Giasolli, co-founder Cagent Vascular