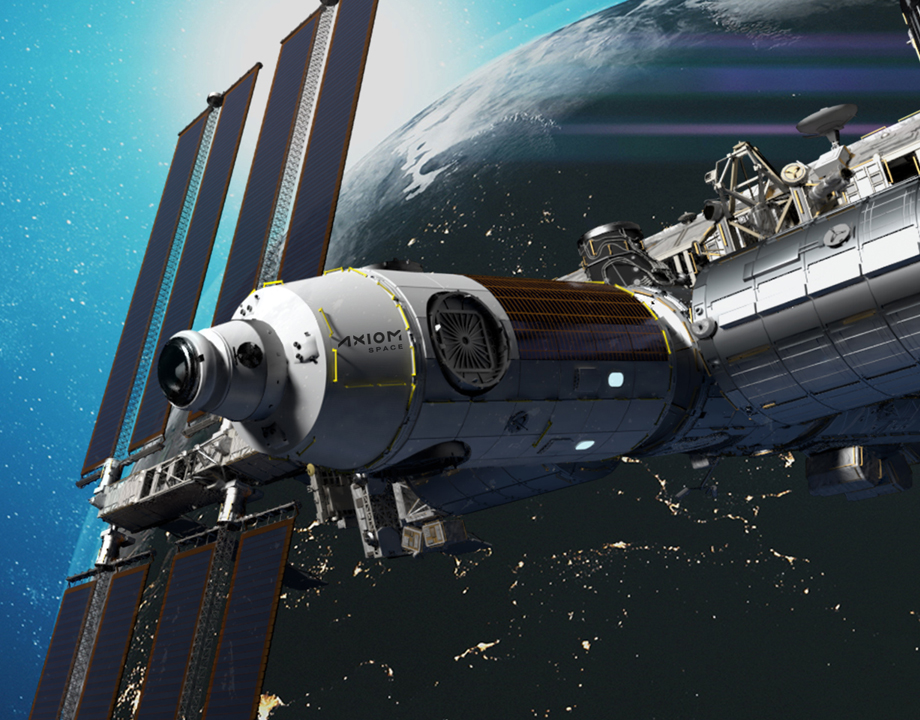 Houston-based startup Axiom Space is building the first private space station with a goal to provide the infrastructure for continued research in space. Photo: Axiom Space

When it was launched in 1998, the International Space Station was only meant to be in commission for 15 years. It was built during the tech boom, when computers were just becoming household items and cell phones were gaining in popularity. So much has changed in such a short time, and the ISS has had to be adapted along the way. Now, NASA is moving toward decommissioning the ISS by 2024, making way for the next-generation space station: the Axiom Station.

Designing the Axiom Station will require thinking ahead. Corporations and investors are looking forward to building out a space economy–one where research, manufacturing, travel, and entertainment can be performed in low-Earth orbit. Keeping this in mind, Matt Ondler, Axiom’s CTO and director of spacecraft development, said one of the firm’s main priorities for the station is designing it in a way that is both user-friendly and inexpensive.


The Axiom Station is currently in the assembly phase and the first module will be launched as early as 2024, via a SpaceX Falcon Heavy, and be attached to the ISS. It will include expanded crew quarters, as well as research and manufacturing capabilities. By 2028, Axiom is to have launched four modules total, complete with its own power tower, so that it can detach from the ISS and operate independently. 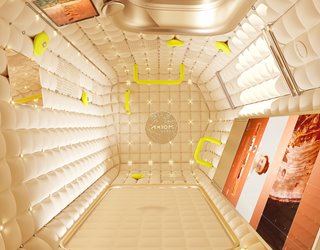 Early renderings of the sleeping quarters for the Axiom Station look like plush padded chambers, complete with a view of Earth and a wide screen TV. Photo: Axiom Space
“Building off the ISS has some real technical advantages,” Ondler explained. “We will receive power from it as well as thermal control, and we’ll send our data through the ISS at the beginning. We also have the advantage of being neighbors with NASA for a few years. We hope to be the place where NASA continues to do low-Earth orbit work, and that they can do it a lot more effectively and cheaply on our station as opposed to the ISS.”

Another priority for Ondler’s team is comfort. Many of today’s astronauts are trained for the somewhat rugged conditions on the ISS. With so many adaptations, the ISS requires heavy maintenance both on the outer and inner workings of the station. But future space travelers may be visiting the Axiom Station for research, leisure, or even to film a movie, so these civilians will need amenities.

Early renderings of the sleeping quarters for the Axiom Station look like plush padded chambers, complete with a view of Earth and a wide screen TV. The station will also incorporate robotics that will carry out routine maintenance, inspections, cleaning, and moving cargo. One aspect of the design that Ondler is excited about is a 360 degree camera that can give a bird’s eye view of the station relative to the Earth.

Watch a related Video: Space Advancements in the 2010s

“When you see a spacewalk on the ISS, it's really hard to see the context of where they are at on the station,” he said. “So, having a camera that can fly away and take a shot of the Axiom Station relative to the Earth is going to be really powerful.”


By far the biggest advantage of the Axiom Station is the potential it creates for human advancement. The ISS has facilitated many major breakthroughs for science and medicine over the years, but only on a very limited scale. On the Axiom Station, however, the possibilities are endless.

You May Also Like: Engineering a Refrigerator for Space Travel 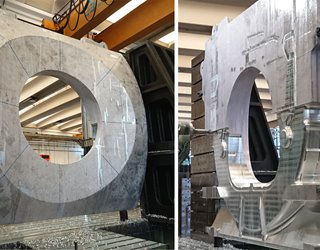 The Axiom Station is currently in the assembly phase and the first module will be launched as early as 2024. Photo: Axiom Space
“I think one of the reasons there is going to be this explosion of opportunities is that if you have an idea now that you know would be better or unique in microgravity, you may not even pursue it because even if you could prove it was viable, you would have no way to manufacture it,” he said. “In building our station, we now have this sort of industrial park, where you can take an idea, scale it up, and turn it into a real business.”

By building a low-Earth orbit economy, Ondler explained they can generate enough revenue to justify lowering the ticket cost­--currently set at $55 million--so that everyone has the opportunity to afford space travel. More importantly, by providing the infrastructure for continued research in space, the United States can free up a lot of its funding for other projects.

“It’s a real business case for NASA,” Ondler said. “NASA spends about $3.5 billion a year on the ISS and of that only $500 million is spent on experiments, technology development, and research. So the Axiom Station could free up that $3 billion for NASA to do other things, like go to the Moon and Mars.”

Axiom is currently training its first private astronaut crew for its first mission to the ISS (Ax-1), with the hope of launching as early as January 2022. The next few years will be critical in developing both a workforce and a station that can stand the test of time.