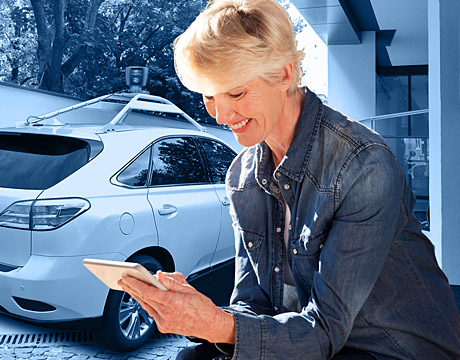 Engineering Innovations for the Golden Years

Mechanical engineering has had its hand in many inventions that have changed our lives. But now, as much as ever, it has the opportunity to improve the quality of life in its latter stages. Here we look at some of the top mechanical engineering-influenced inventions both in existence and being worked on to help the older population not just with quantity of life but also quality.

Few moments are more fun than the day you buy your first pill container with separate slots for each day of the week. But GE is hard at work on a smart medicine cabinet, with the goal of adjusting your medication to how you’re doing in the moment. “The hope is we’ll create it where it takes your biometric data on a daily basis and adjusts your medications based on heart rate, temperature, and more,” says Lou Lenzi, industrial designer and design director for GE Appliances. “The idea is that the medications would be dispensed in liquid form. Hold a paper cup under the dispenser and here it comes. Imagine the possible effects if you could have this reading and a change in medication due to it.”

For older people, they may want to stay in their home as long as they can and here’s where robotics could have the most positive effect. MIT Ph.D. candidate Albert Wang is part of a team working on robotics in which one of the goals is to have robots step in for humans in disaster relief. He also sees the potential for this kind of invention to help out in the home. “For an older person to be able to control a robot could mean everything from opening jars to retrieving items,” he says. “There are days when they just may not be at their best and it would be great for them to have this type of assistance.”

People are driving longer than ever before but often older people don’t just go from driving all the time to not at all. In fact, many times it begins with them deciding to eliminate night driving. But the frustration at getting rid of that autonomy can be equal to not being able to get as much done as they would like, particularly during winter months when the sun can set before it even hits 5 pm. Driverless cars are being worked on with the idea of getting people to their destination on their terms and this invention could provide peace of mind for many in their golden years.

“Replacement prosthetics for elderly patients are a huge benefit,” Wang says. “Sometimes a patient has problems with hip and knee replacements because bone can’t always bond to the replacement joints. I have a colleague working on ways so bones bond very well with prosthetic devices and heal much quicker. The actual prosthetic device is titanium, but they can put nanotubes on the surface because the bone recognizes it more as something it wants to bond with. The bone molecules can interlock with them and, without that bonding, it could be tougher.”

For Further Discussion
For an older person to be able to control a robot could mean everything from opening jars to retrieving items.Albert Wang, Ph.D. student, MIT