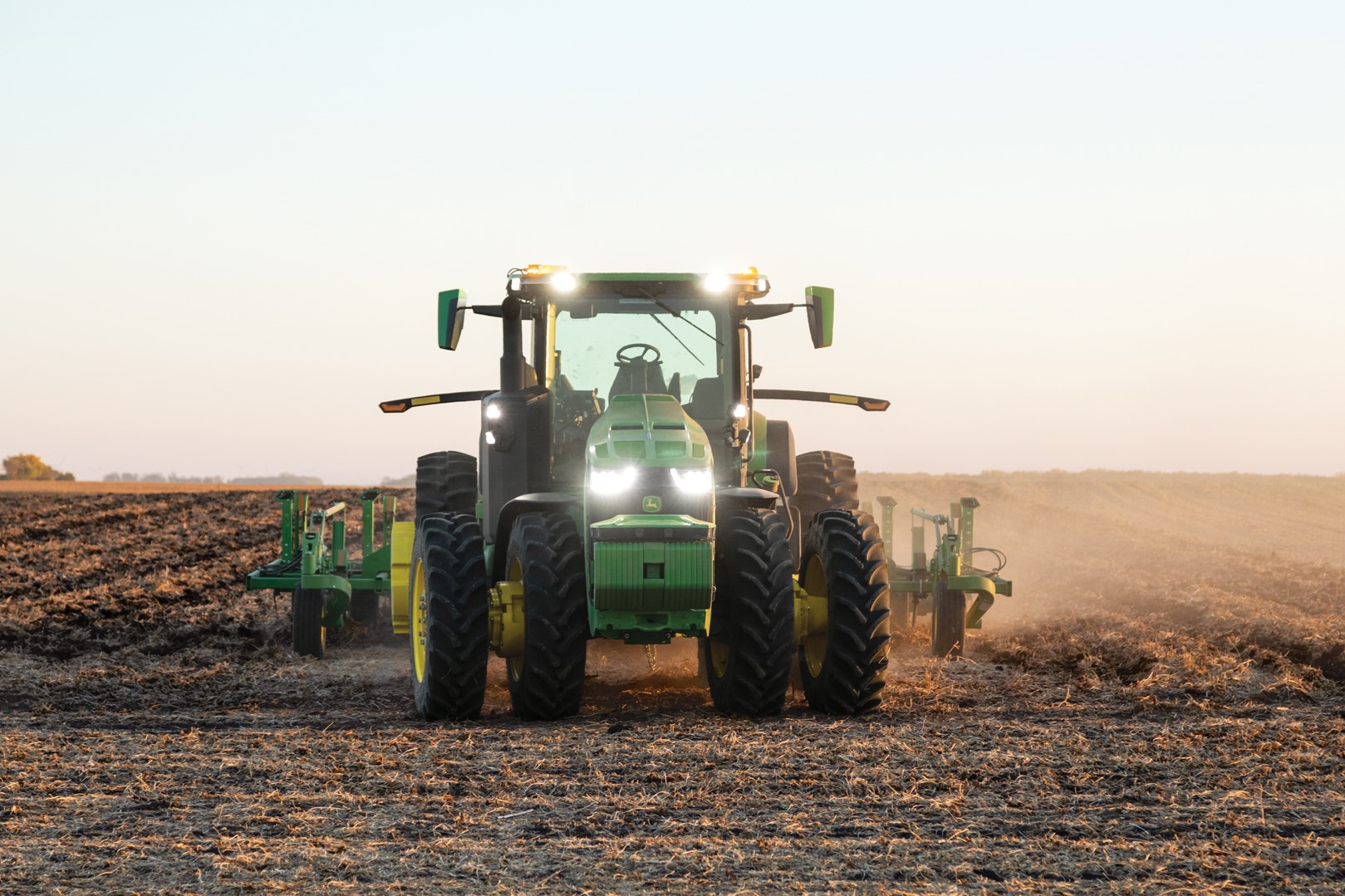 The company announced its fully autonomous tractor during a January press conference at CES 2022 in Las Vegas. It combines the John Deere 8R tractor with the Tru-Set-enabled chisel plow, GPS guidance system, and other technologies allowing the farmer to till the soil without being in the cab.

“I never thought I would see an autonomous tractor in my farming career,” said Doug Nimz, a fourth-generation farmer from Blue Earth, Minn., at the event. 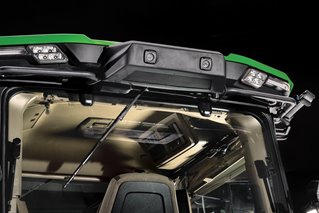 The diesel-fueled machine can run day or night in all weather conditions for up to 10 hours before needing to be refueled. Engineers didn’t change the tractor itself, so maintenance is normal.

More on this topic: Automating the Risk Out of Farming

“Probably the biggest risk early on was making a superhuman vision system,” said Willy Pell, vice president of autonomy and new ventures at Blue River Technology, which has partnered with John Deere to develop new technologies. “Vision systems have been deployed all over the world but generally in environments where errors are OK.”

Pell said it was important to create strong sensing modalities that would allow the tractor to “see” in all types of weather and in all types of light. Visual errors could be disastrous.

After discussing various ideas, engineers finally installed several sensors on a tractor testing them in the field. After analyzing the data, cameras proved to be best. The next challenge was lighting.

“We took inspiration from the consumer world and (put) HDR photography on a tractor,” Pell said.

Deciding to upgrade this piece of machinery came from the farmers’ need to overcome labor shortages. 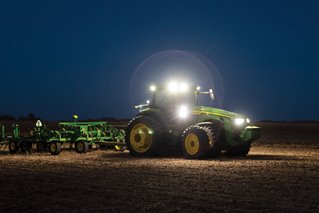 Engineers realized that an augmented tractor could revolutionize farming as a whole and give back valuable time to the farmer. Image: John Deere
“Everybody’s harvesting at the same time in the same part of the Sunbelt,” Pell said. “Harvest tends to move from south to north. All of a sudden there are these massive spikes in demand for labor and they are in places where there is not a lot of labor. So you can’t solve this by paying people more because there really aren’t people willing to move there for three weeks and then move away.”

For decades, tillage meant that someone would have to drive the tractor for 14 hours a day in good weather and in daylight. Whoever sat in the cab would be the only eyes that ensured the tractor followed the curve of the land and not drive over unwanted obstacles. And, that person might be the first one to notice when the machine needed to be refueled or repaired. Often, farmers would have to make seven to 15 passes across their fields—depending on the crop planted—to ensure healthy harvests.

This means the tractor becomes tied to the farmer’s hip. So, engineers at John Deere decided to create a solution that would remove this time-intensive, but low-skilled job from human hands.

In speaking with farmers, engineers realized that if they augmented the tractor, a basic but well used farming machine, they could revolutionize farming as a whole and give back valuable time to the farmer.

Editor's Choice: Who Has a Right to Repair Your Farm or Medical Tools?

“If (farmers) could separate their brains from their bodies there’s all kinds of other things they can do,” Pell said.

But what truly makes this technology appealing is that farmers are able to control this 14.5-ton machine through the John Deere Operations Mobile app from their cell phones.

“I can pull up the app, monitor the tractor, see how much of the field has been tilled,” Nimz said. “I can check the fuel level. If there was something in the field that it wasn’t sure about, the tractor will stop and alert me. Is it something it can go around? Do I need to go out and remove an object from the field? The app gives me all this information.”

Nichole M. Palmer is a science and technology writer in Charlotte, N.C.