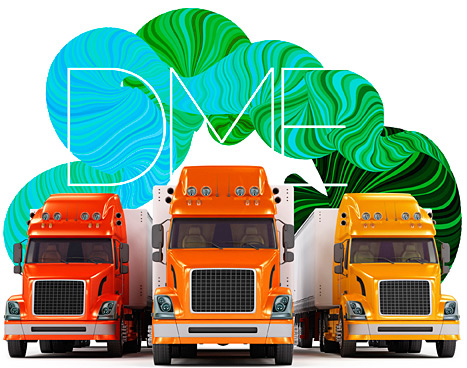 An alternative, clean-burning fuel for diesel engines is getting a practical road test in California. Safeway, Inc., Pleasanton, CA, is operating two Volvo trucks that use the fuel, dimethyl ether (DME), which is being manufactured by a third company, Oberon Fuels, LaJolla, CA.

The trucks are Class 8 vehicles, Volvo VNL daycabs with D13 engines modified to run on dimethyl ether, or DME. Safeway will operate the trucks from its Tracy, CA, distribution center to deliver retail products to stores. Each truck will travel between 325 and 425 miles a day, a spokesperson said.

The trucks will run on 100 percent DME. According to a Volvo spokesperson, the engine modifications for DME are related to the fuel system and electronic engine management system. Dimethyl ether can be manufactured from natural gas or from biomass feedstocks, including food, agricultural, and animal waste. It has a cetane number of 55, compared with 40 to 53 for diesel fuel. Burning it yields low emissions of nitrogen oxides and carbon monoxide, and no soot or particulates.

Oberon Fuels has developed a small-scale DME production technology, which can be skid mounted. Oberon sees the small units creating regional fuel markets, avoiding the cost of a national infrastructure. The company’s first plant, in Brawley, CA, will initially produce 4,500 gallons a day.

According to Oberon, new units and new regions can be added as a market develops. A gallon of DME contains 69,000 Btu, similar to liquefied natural gas. Diesel has 130,000 Btu per gallon. Although Oberon did not state a price, it said DME produced by its process “will be competitive with conventional diesel.”

DME has been tested as a transportation fuel in the past and is currently being tested by Volvo in several trucks in Sweden. It is also being considered by companies and agencies in the U.K. and elsewhere. Mack Trucks, part of the Volvo Group, announced in June that it plans to introduce DME-fueled vehicles in 2015. They will be variants of Mack’s Pinnacle Axle Back tractors.

One of the common current uses of DME is as a substitute for propane. China is the largest user of DME for that purpose. Dimethyl ether is an ASHRAE-approved refrigerant, R-E170. DME mixed with propane is sold to treat warts.

Read the most recent issue of Mechanical Engineering.