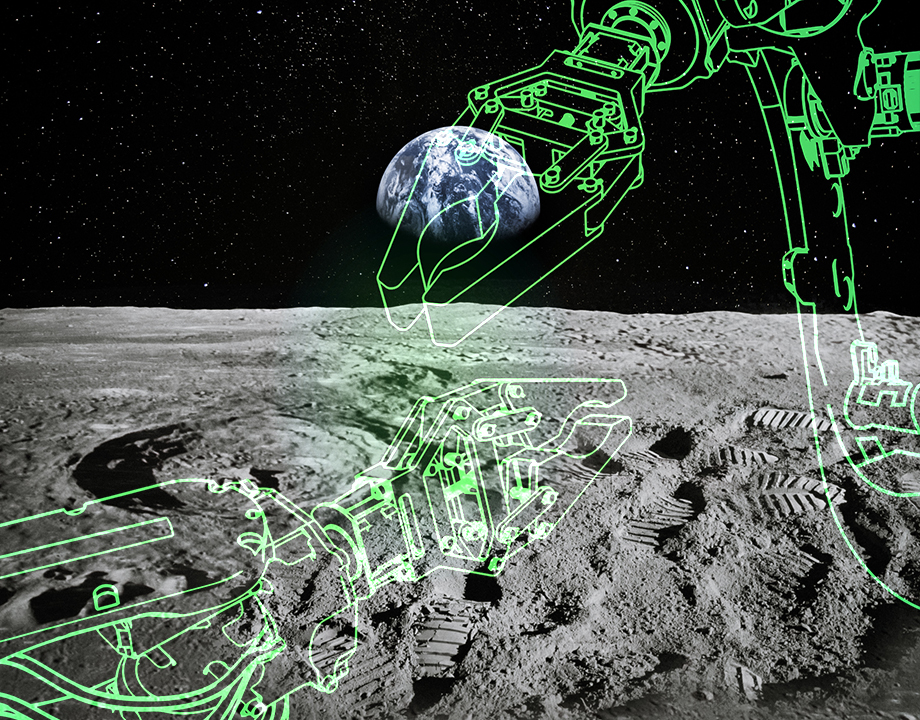 This baby step forward will be a giant step toward decreasing consumption of precious power resources while in space.

Aerospace Building Equipment Contractors Electric Power Oil and Gas Extraction Robotics Utility System Construction
A robotic arm capable of operating under the extreme cold conditions of the Moon (-180o C) will give a boost to NASA as it prepares its lunar exploration plans. NASA’s 2021 goals include the launch of Artemis I, an uncrewed mission to the Moon. The mission is a test of the Orion spacecraft and its ability to get humans back to the lunar surface by 2024.

The arm is an important milestone not just because of its ability to operate under cryogenic conditions but because it can do so without heater power.


A robot arm typically has lubricants distributed within the mechanisms in the joint drives that executes movements. A liquid lubricant in the joint actuator needs power to heat up and be functional. The colder the environment, the more power it needs. 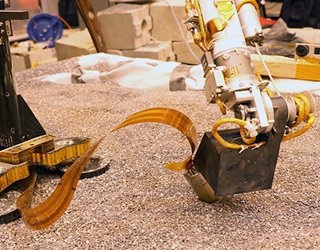 It is expected that the ColdARM will tolerate the Moon’s extreme cold. Image: NASA/JPL-Caltech.
The COLDArm eliminates this specific need for power because the joint drives don’t need a wet lubricant. “What’s special about this arm is that the joint actuators and the motor controller electronics do not require heaters,” said Richard Fleischner, Motiv’s principal mechanical engineer.

Recommended for You: Smart Habitats for Sustained Lunar Living

Dry lubricants are going to be used on the ball bearings within the gearboxes, but the actual gears and gear teeth will be made of a special material, bulk metallic glass, and won’t require any lubricant. “Dry lubricated bearings are common, but gear teeth with no lubricant are special to this mission and this will be the leap in demonstrated technology,” Fleischner said.

“BMG parts don’t need lubrication when used in mechanisms. There are many metals, and even a selection of polymers that can work fine down at low temperatures, but the self-lubricating quality of the BMG material is why it’s being used,” he said.

For temperatures down to about -70 degrees C, the wet lubricants used are a PTFE (Teflon)-based oil and a PTFE-based grease, which is based on the oil. The typical dry lubricant of choice is moly disulfide (MoS2). According to Fleischner, it can be applied many ways in different thicknesses and combined with trace amounts of other materials to improve performance.


Fleischner calls the Moon exploration project with the four-jointed arm as a baby step. “The entire mission is not heater-proof but there are elements of the mission that we’re demonstrating right away, that are going to work at these temperatures,” he said. 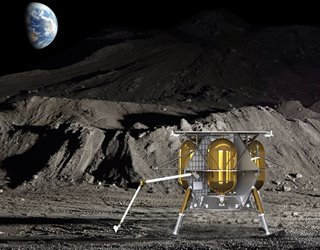 A concept drawing of the COLDArm on the Moon. Image: NASA/JPL
As far as arms go, the COLDArm is a pretty basic one with four joints with four degrees of freedom. It has an attached scoop for taking soil and rock samples. By comparison, the Mars Perseverance robotic arm has five degrees of freedom in a five-jointed arm. Motiv is working on arms with seven joints as well.

Assuming each joint takes about 10 watts of power, that’s about 40 watts saved, cutting the power requirement by half under typical average usage. Every bit helps because space missions need to generate their own power after they land and they rely on solar panels or radioisotopes carried on board for this purpose.

If the COLDArm is that much better at power savings, why not use the bulk metallic glass material everywhere? The project is still in a test drive phase which means the arm and associated gears are all bespoke. “The material itself has limitations on what sizes and shapes it can be made into,” he said.

Take a Quiz: What's the Future of Lunar Exploration

Because the joint drives and associated components have been made for this particular mission and instance, it’s unclear how they will scale up to more complex arms and end effectors capable of multiple functions. “When this thing gets to the Moon, it’s going to be a great demonstration,” Fleischner said, adding that “It won’t be in the lab anymore. It will be actually operating on the lunar surface. That’s about as good as you can ask for a first step.”