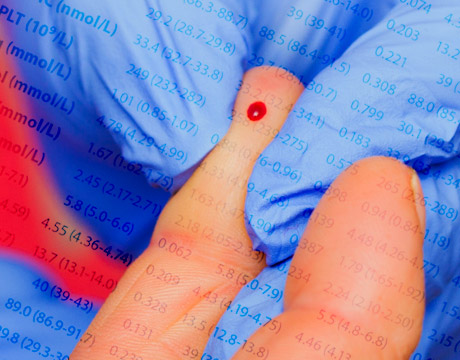 When it comes to health, it is critical to know as soon as possible if there are changes to certain conditions. Insulin levels, for instance, can be checked quickly and at home. Knowing a white blood cell count, however, which can be vital for illnesses such as leukemia, isn’t as easy, says Wendian Shi, CEO of CytoChip, Inc.

“There is also the problem of the cost and time which might come with going to a hospital when you want the measurement to be done,” adds Shi. His goal of solving this problem has involved others in a push for an inexpensive, portable system for measuring white blood cell counts.

The idea for developing the system began with Shi’s graduate thesis at Caltech. And, early on, astronauts actually came to mind.

“There was the thinking that astronauts can have their white blood cells looked at in terms of radiation while in space,” he says. “The thought was to get a white blood cell count not just before leaving and after coming back, but to get it possibly many times during the trip and do it in real time.”

Similar to a glucose monitor used at home, the system uses a test strip, but in this case, adds a microfluidic. “The user puts a blood sample in the strip and inserts the test strip into the system and it rips out a white cell count automatically,” he says, “A dye puts light on the cell which allows the count to take place.” Early work used three dyes, including FITC, but the dye used now isn’t being revealed.

The strip uses plastic with some reagent, while earlier work used silicon before the change to plastic. “Part of the work of developing when it comes to a reagent was not just counting white blood cells but also different subtypes,” he says. It can count all five subtypes of white blood cells, he says, which include monocytes and neutrophils.

Challenges included the microfluidics built into a system and optical alignment. “It’s taken patience from the graduate thesis to keep it moving forward,” he says. “It’s one thing to have an original plan, it’s another to keep building on it.”

Currently, Shi estimates the system will cost $100 to purchase and that each strip will cost $5.

“Right now a white blood cell count can take a day or more for the test results,” he says. “When you’re taking intense chemotherapy, white blood cells can go low and it can be life threatening. Consider outpatient chemo that now exists and gives people the comfort of going home. They should feel more comfortable doing that and knowing they can have their white blood cell count if they need it.”