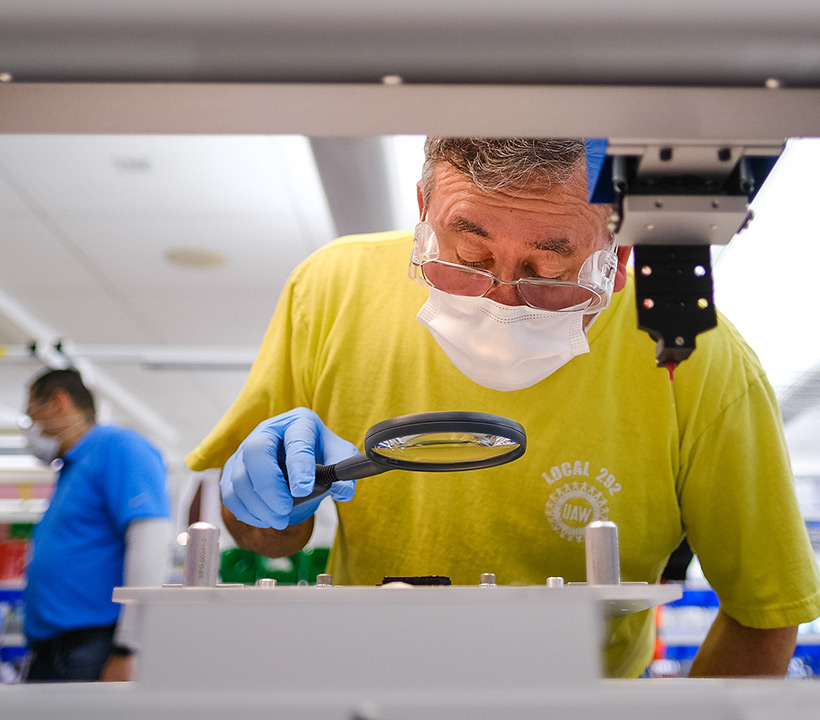 General Motors and Ford Motor Co. have promised to convert their factories to produce 80,000 ventilators over the next three months. It is a mission that will take the automakers’ deep supply chains to accomplish.

Ventilators, which are used to support respiratory patients, such as those with COVID-19, are in short supply in many places in the United States. To meet that need, the U.S. Department of Health and Human Services awarded GM, teaming with Ventec Life Systems, a $489 million contract to produce 30,000 ventilators at its Kokomo, Ind., facility by the end of August.

Ford, teaming with General Electric, also received $336 million to make 50,000 ventilators by July 13 at its components plant in Ypsilanti, Mich.

Recommended for You: Medtronic Opens its PB560 Ventilator Files to Makers

Considering that most ventilator plants make only tens of units per week, this was an ambitious goal. Yet by mid-April, GM had delivered its first 10 ventilators.

While it may sound hard for major automakers to quickly pivot to ventilator production, both GM and Ford have the benefit of an extensive supply chain, which they can call on to get immediately up and running, Thomas Kurfess, chief manufacturing officer, Oak Ridge National Laboratory, explained.

“While you can’t take a V6 engine out of an automobile and drop it into a ventilator, GM has the suppliers to really move this initiative forward,” he said.


GM’s partner, Ventec, normally produces about a dozen ventilators per week. They’re assembled on work benches with hand tools and are made up of about 700 components. The company has a relatively limited supply chain because the ventilators are manufactured in small numbers, according to a Ventec statement.

But with the GM partnership comes greater access to components and the capability to scale up production quickly, said Kurfess.

“With ventilator partners, GM and Ford now know what they’re looking for, so suppliers can say ‘we know how to make that.’ If there’s a bottleneck, GM can work it out,” he said. 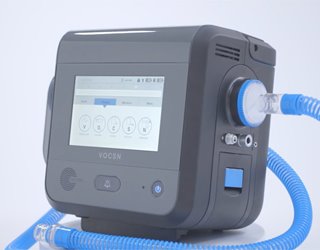 Digital manufacturing and digital thread will be vital to making ventilators now and in future efforts.
Because of its size, GM has access to a homegrown supply chain that can ramp up production quickly. That way, ventilator manufacturers don’t have to wait for parts to arrive from overseas, Kurfess said.

He pointed to Twin City Die Castings, a GM auto parts supplier in Minneapolis, as an example. Tapped by GM because of its capabilities, the company is now making a small piston for a ventilator’s compressor as well as other ventilator components.

“My guess is that because automotive pistons operate at high temperatures and pressures, it’s fairly easy to make one for a ventilator,” Kurfess said.

The ventilators won’t be produced on a GM factory line. Rather, GM temp workers will manually assemble them at hundreds of newly set up workstations at GM’s formerly idled plant in Kokomo, Ind.


Digital manufacturing and digital thread will be vital to making ventilator and personal productive equipment now and in future efforts, said Kurfess, who serves on the ASME board of governors and is an ASME fellow.

The integration of product, process and plant is becoming crucial to shrink the lead times needed to introduce new products, engineers Holey Ajay and Alandikar Shashank of John Deere India argued in a paper, “How to Establish a Digital Thread Using 3D Factory,” delivered at ASME’s 2019 International Mechanical Engineering Congress and Exposition.

Real-time update from the shop-floor is also expected in the era of digital transformation, the authors added.

One of the reasons why products, processes, and plants are not integrated is they maintain data in multiple, isolated systems. There is no digital thread that ties this data together, which makes getting feedback to and from the shop floor challenging, the authors said.

Studying how GM and others ramp up ventilator production can help move forward methods like the digital thread and the digital twin, Kurfess said.

“There’s a lot of similarities across the board with ventilator production and future production of other goods,” Kurfess said. “How do you make billions of copies of a vaccine and how do you make sure they’re good?

“We’re learning the strengths and weaknesses of ventilator production,” he said. “Also, some of the advances we’re working in the past five to ten years are also making a difference now.

“You’d like it to make move of a difference, but they are making one,” he added. “There are tremendous learning opportunities with ventilator production right now for where we’d like to see manufacturing go in the future.”