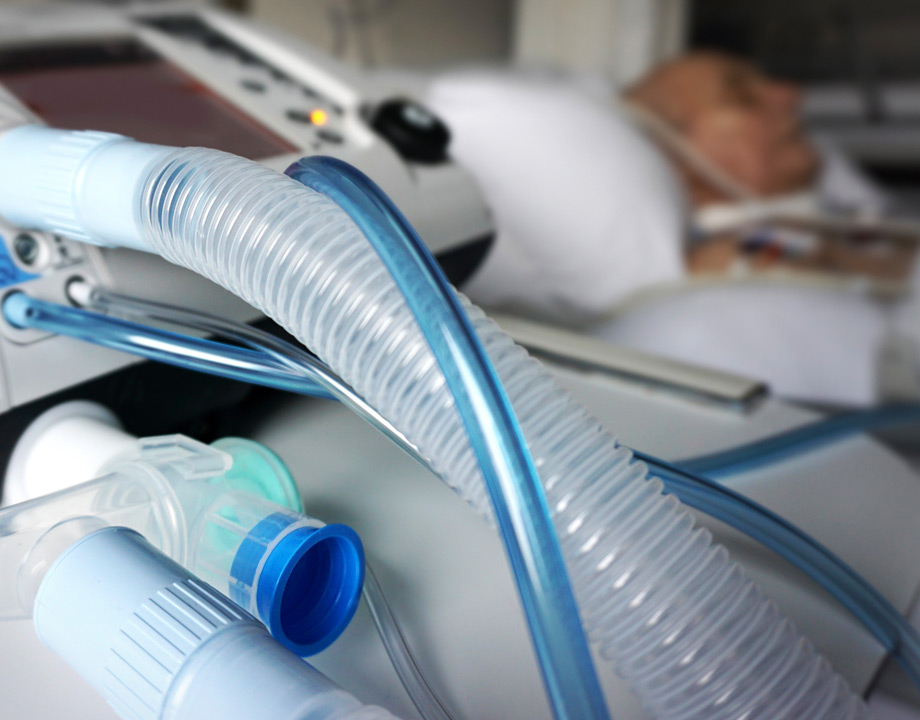 Prisma Health 3D printed a Y-shaped splitter that enables two patients to share a single ventilator if they have similar lung capacity.

Building Equipment Contractors Business and Career Support Chemical and Pharmaceutical Manufacturing Medical Equipment and Device Manufacturing
As the number of COVID-19 infections explodes around the globe, hospitals face a shortage of mechanical ventilators for severely ill patients who can no longer breathe on their own. Faced with making life-and-death decisions about who gets a ventilator and who does not, some medical professionals have suggested a radical idea: share a single ventilator among multiple patients.

Ventilators are a must for severe cases of COVID-19, where the lungs fill with fluid, mucus, debris, and immune cells. This reduces the amount of volume lungs have available to take in air and release carbon dioxide. Ventilators mix additional oxygen into the air supply so that those constricted lungs take in enough oxygen for the body to continue to function.

Yet sharing ventilators is a controversial, and still largely unproven, technique. The scientific literature is slim: just four published studies, only one of which involved humans—and those two people were both healthy when they shared a ventilator while awake for 10 minutes.

Until now, shared ventilation has been suggested as a stopgap measure to last for a few hours until more standard care—like an individual ventilator—can be sourced. And until last week, when doctors in New York City and in northern Italy began splitting ventilators between two patients, the technique had only been used once in the real world: during the mass shooting in Las Vegas in 2017.

“There is a debate regarding what we should do if we run out of ventilators,” said Josh Farkas, an assistant professor of pulmonary and critical care medicine at the University of Vermont, who recently proposed ideas for splitting ventilators.

“One school of thought is that we should provide our standard care to some patients, which would require denying care to our remaining patients,” he said. “Another is that we should seek to provide the best care we can to anyone who could have a good outcome—even if that involves providing what would be considered suboptimal care under normal circumstances.”

Last week, a consortium of professional medical organizations representing respiratory specialists issued a joint statement against sharing ventilators, warning of “poor outcomes and high mortality rates.” Among their concerns are that each patient has a unique need and lung capacity to which the ventilator is finely calibrated, and when multiple people are connected to a single machine, there’s no way to individually monitor their status. Another major concern is that infectious pathogens could transfer from one patient to another. 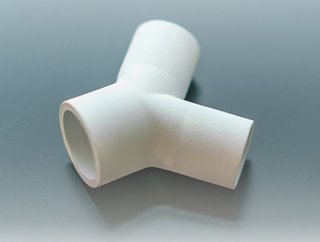 The VESper Ventilator Expansion System is a simple Y-Tube that enables a single ventilator to deliver air to more than one patient at a time.
Nevertheless, the ventilator shortage is real, and many biotech engineers—some professional, some amateur—are hacking ventilators in a variety of ways to attempt to make them shareable between two people and as many as eight.

A ventilator is a closed circuit with two valves: one for the inspiration (inhalation) of gas—air plus oxygen—and the other for the aspiration (exhalation) of carbon dioxide. A ventilator patient is connected to the machine by a process called intubation, in which a flexible endotracheal tube is placed through the mouth and throat and into the windpipe. The ventilator pump sends the gas into the lungs. For patients with severe constrictions, some ventilators also provide positive end expiratory pressure, or PEEP, which holds the lungs open so they don’t collapse. A monitor measures heart rate, respiratory rate, blood pressure, and oxygen saturation, which are adjusted manually or automatically, depending on the model.

Many ventilator hacks involve creating adaptors for the valves so that each one can handle more than one tube. The idea was first explored in a 2006 study on test lungs by emergency physician Charlene Babcock. She demonstrated the technique in a recent YouTube video that drew nearly one million views and many critical comments. Babcock used a T-tube and three adapters to split each valve into four ports.

Recommended for You: Podcast: Ventilation System to Prevent Virus Spread

In late March, South Carolina-based Prisma Health got emergency use approval from the FDA—in just three days—for a 3D-printed device called the VESper (for ventilator expansion splitter). It was developed by Sarah Farris, a Prisma emergency physician and her husband, Ryan, a software engineer who designed the device and coordinated a team of engineers to develop prototypes.

VESper is a Y-tube adapter that is designed to work with ISO-standard respiratory connections. It also allows for filters to be placed in the ventilator tubing to keep patients linked through the device from contaminating each other with viral and bacterial pathogens. Multiple VESper devices would be required to adapt a ventilator for up to four people.

Prisma has made code and specifications needed to print the device for free for hospitals to download. Facilities with an immediate need can apply to receive them by becoming a field test site. It is also collaborating with HP Inc.’s digital manufacturing network to print and distribute the device in FEMA-designated COVID-19 hotspots.

Using the Y-shaped VESper or any other adapter comes with some big restrictions. Because a shared ventilator delivers the same amount of air and pressure to everyone—at least in theory—all connected patients must have lungs of the same size (no mixing of child and adult patients), same level of injury, and similar lung compliance (ability to inflate).

Patients also have to be sedated. This allows the machine to breathe for them. Otherwise, an inhalation by one patient would trigger the machine to automatically deliver a breath to everyone, whether they needed it or not, which could potentially overinflate a lung.

These adapters do not address a core problem: how to individually monitor each patient. The danger in sharing ventilators is not about splitting a tube, said Richard Branson, a pulmonologist at the University of Cincinnati College of Medicine and editor-in-chief of the journal Respiratory Care. It is about what happens after.

“This isn’t a plumbing problem,” Branson said. “It’s a physiologic problem. And people are missing that. It’s kind of disheartening, to be honest with you, that so few people understand the physiology of mechanical ventilation.” 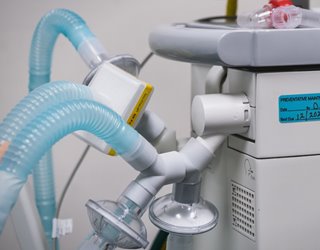 Until now, ventilator sharing has only been used in extreme emergencies until more ventilators arrived, such as after the Las Vegas shooting in 2017.
By splitting a ventilator designed for one person, it is difficult to know what happens to each of the patients supported by the machine. One solution is to place commercially available external monitors between the endotracheal tube and the ventilator circuit to monitor airway pressure, volume and flow, Branson said. Unfortunately, like ventilators, these are also in short supply.

One ventilator hack by a team of doctors from Hospital Geel in Belgium attempts to answer at least some of this criticism by adding a variety of control valves and filters to each patient’s tubing.

Each inspiration tube starts with a one-way flow control valve to restrict air pressure. Near the patient, it has a transducer to monitor pressure, a capnogram to measure carbon dioxide, and a heat and moisture exchange filter (HMEF). The aspiration tube coming from the lungs also has a pressure transducer and capnogram, as well as a HEPA filter to block pathogens and a PEEP valve to keep the lungs open and assist with inflation.

The unit is set for the patient with the lowest lung compliance, who needs the most pressure to breathe comfortably. The other valves are adjusted downward for those with higher compliance.

“As an intensivist, the concept of denying ventilation to patients who could do well is soul-crushing to me,” Farkas said. “So, I would rather offer this level of intensive care to more people, even if it’s not our usual quality. It’s impossible to know the best answer, because we don’t have the data.”

Despite the plethora of adaptations being explored, Branson says these adaptations can be attempted for two people at most. No one has attempted to hook four people up to one machine—yet.

“Trying to do more than two patients is almost impossible,” Branson said. “Doing this in two patients under an extreme condition, after getting approval by your local ethics board, after review with the family members, after review with the staff, and after acquiescing to the fact that you know that you are out of the standard of care and are just going to have to live with that—that’s different from these people who just kind of willy-nilly go, ‘This will just save everybody’s life.’ Because that is not, in fact, what it will do.”

Jen Pinkowski writes about science and engineering from Germany.