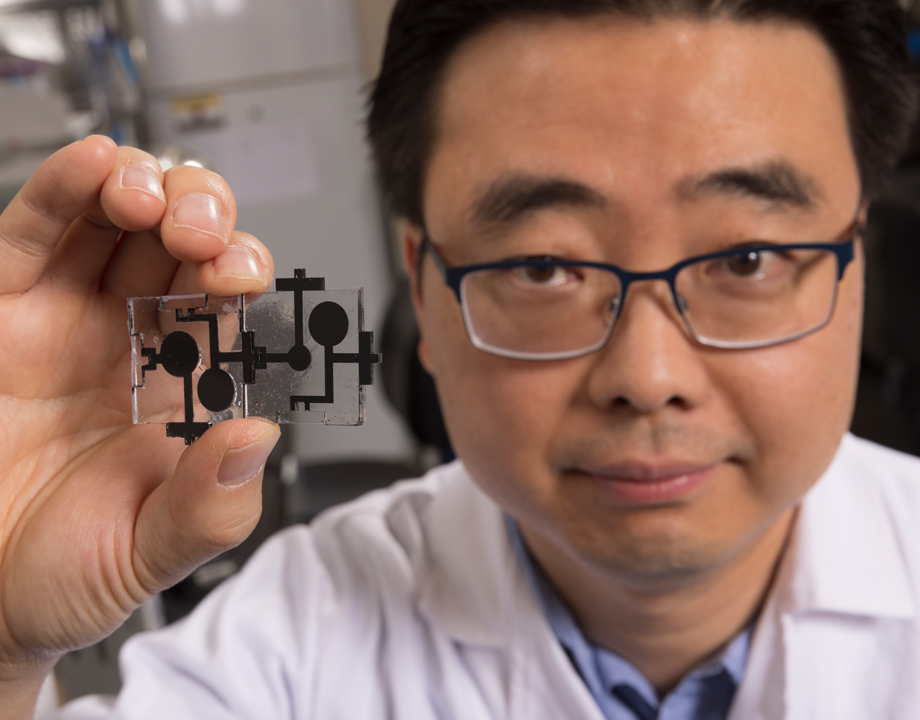 The inhospitable poles, the open seas, fault lines, sun-scarred deserts, or war zones are just a few places where tiny sensors might monitor their environment, wirelessly reporting their findings back to civilization. To do so with any reliability requires some type of long-term battery to power those sensors.

“These electronics will be in very remote locations, so it’s really hard to replace the batteries,” said Seokheun “Sean” Choi, a professor of electrical and computer engineering at Binghamton University.

Solar cells take up a large amount of space, are expensive, and don’t work when it’s cloudy. Other energy harvesting techniques are similarly dependent on their environment and offer even spottier power. To solve the problem, Choi has created a self-sustaining battery for micro-devices in harsh and remote environments, and it runs on bacteria. 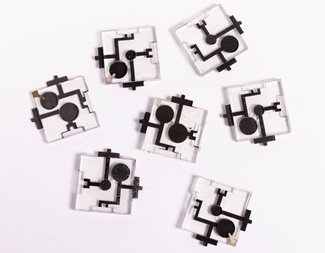 Biobattery produces between 10 and 100 micro-Watts. Photo: Binghamton University
Choi is not the first researcher to derive a little power from bacteria. But previous efforts, including his own, relied on a single heterotrophic strain. That means that once it’s consumed all its food, it won’t produce more power until it’s been fed again.

“The organic material produced by the photosynthetic bacteria will be used by the two bacteria below,” said Choi. “That way it will be self-sustainable.”

More for You: Advancing Battery Technology for Modern Innovations

But bacteria cannot live on food alone. They also need the right temperature and humidity. Choi does not see that as a problem.

“The beauty of miniaturized systems is that you can add more functional electronics,” he said. “For example, you can add a micro-sized heater. Using a closed-looped system, we can provide an appropriate temperature for the bacteria.”

A single three-centimeter by three-centimeter biobattery produces between 10 and 100 micro-Watts. That might sound tiny, but it’s a giant leap from Choi’s first photosynthetic fuel cells, which eked out pico-watts.

The new bacteria sandwich can also be linked, in series or in parallel, to increase the output. By connecting 24 batteries, Choi was able to produce enough electricity to send a signal to a cell phone.

Choi is experimenting with various ways of increasing the power density, including the addition of nano particles to improve electron transfer efficiency and different materials to improve the microbe/anode interface. One thing he’s not considering is engineering a better bacteria.

“I wanted to use naturally existing bacteria,” he said. “We have no idea how genetically engineered bacterial cells affect our environment. It could be negative or positive. We have no idea.”

So far, the battery has survived, producing energy for 22 days, a great jump from previous bacteria-driven batteries that lasted only a few hours. Using micro-heaters and other improvements he’s working on, Choi hopes to extend the duration to months and even years. He also plans on eventually making a biobattery package that can float for sensing applications in oceans and waterways, and to make it self-healing for greater self-sustainability.