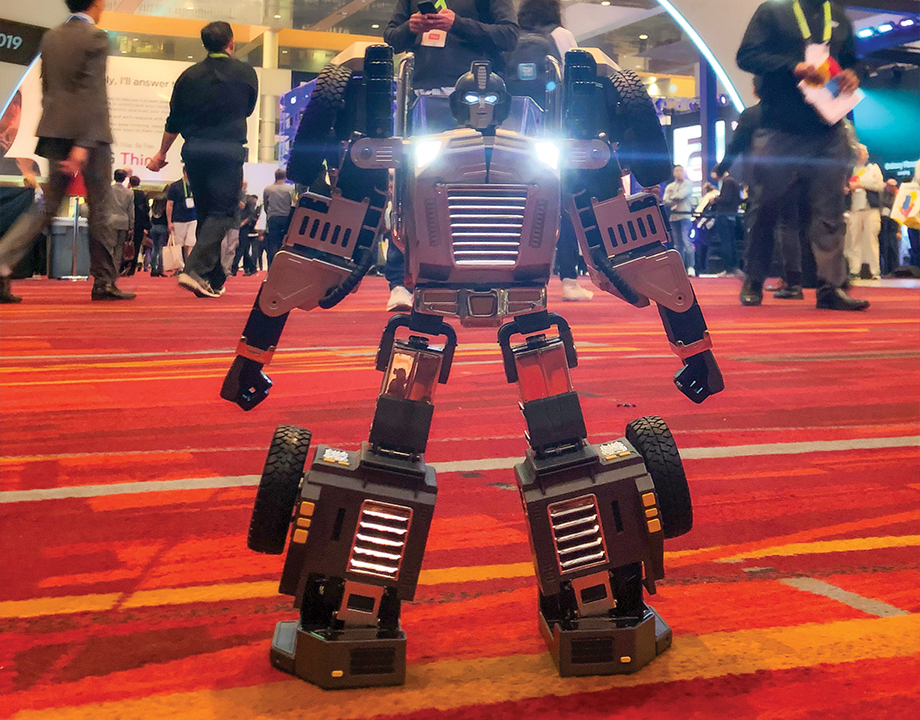 Robotic transformer turns into a vehicle.

Fans of Optimus Prime, pay attention. Upon voice command, a new programmable robot automatically converts from a robot man to a vehicle in a smooth and seamless transformer-like movement.

Robosen Robotics is the California firm that recently launched its T9 product, a programmable robot with more than 3,000 state-of-the-art components that enable features such as automatic convertible movement from vehicle to robot, bipedal walking ability in robot form, race function in vehicle form, programmable/code development, and robot control/commands by either voice or app. 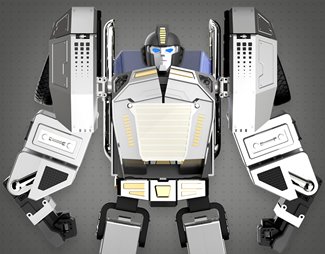 You May Also Like: 5 Questions with IBM’s Lisa Seacat-DeLuca

The 3.2-pound robot performs a variety of tasks; it can walk, drive, pose, dance, even do some push-ups on cue. Users can program new gestures with different interfaces on a tablet or phone and control it directly with a touchscreen joystick and buttons.

These and other animations/motions are created using three different levels of intuitive and easy-to-use programming platforms, with enough memory to store tens of thousands of animations. “So, whether the user is a beginner, intermediate, or an advanced coder, T9’s advanced robotics and AI will provide endless entertainment and opportunity to teach logical-based skills,” said Alex Skillman, vice president of public relations for Robosen Robotics.

The three programming platforms are:
Recommended for You: One Indestructable Bug in a Soft Robotic Body

T9 is controlled by voice as well as the T9 app, in iOS and Android. A built-in knowledge base helps children learn about topics such as science, engineering, math, and languages by interacting with their T9. Video calls to family and friends are possible through the T9 with the camera and remote control. Users can collaborate, create and connect with a global community of robotics fans through the Robosen Hub, where they can upload and download popular user-created animations, share programming tips, and participate in fun events and competitions. 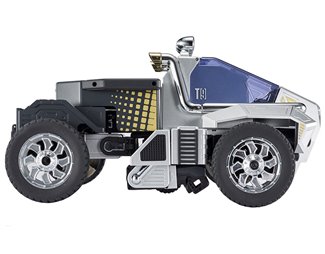 Vehicle is programmed in three ways. (Photo: Robosen Robotics)
“T9 was meticulously designed and crafted using a classic industrial design, combined with cutting-edge robotic technology,” says Skillman. “Our vision was to provide the consumer, both young and old, with an ultimate entertaining experience filled with AI, programming, and pure fun.”

Mark Crawford is an independent writer in Corrales, N.M. 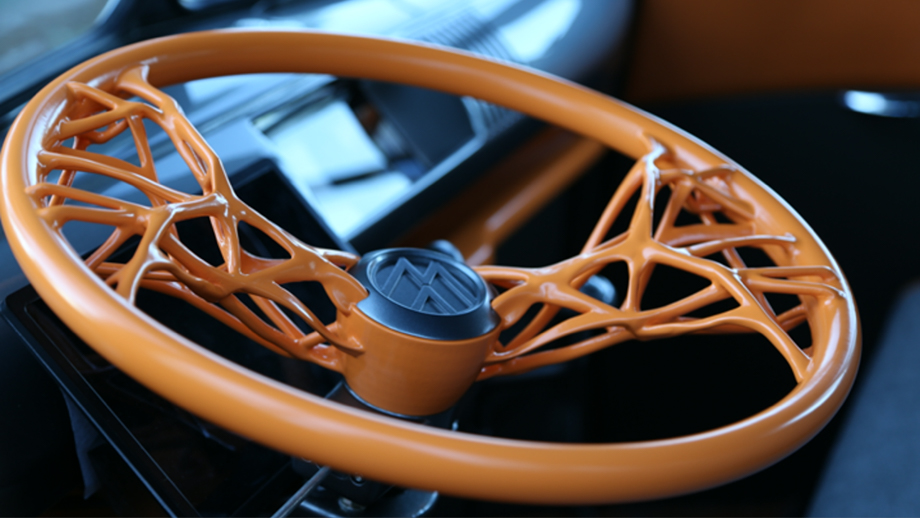