A Robot for the Tiniest Surgeries

A Robot for the Tiniest Surgeries 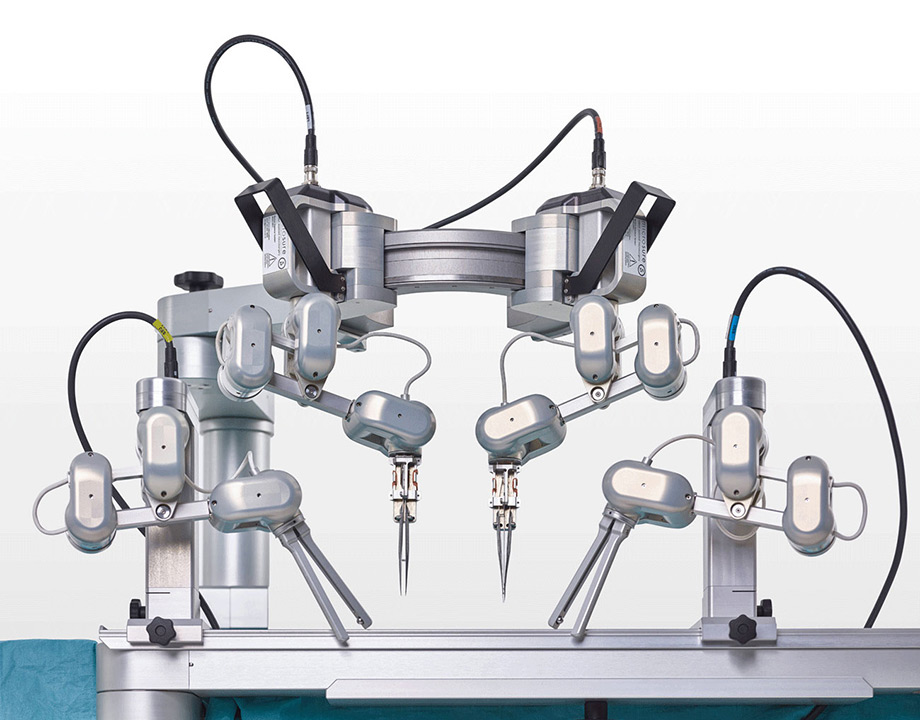 This robot is allowing surgeons to perform at the highest levels of precision ever achieved in the operating room.

Building Equipment Contractors Medical Equipment and Device Manufacturing Robotics
Connecting tiny blood vessels requires some very precise and painstaking movements on the part of a surgeon. But now there’s a robot to help take some of the painstaking out of the procedure. Called Musa, it is already at work performing the first robotic microsurgeries.

The idea for Musa first arose when a surgeon approached Raimondo Cau—now the chief technology officer for MicroSure, the company that makes the robot—when he was a graduate student at Eindhoven University of Technology in the Netherlands. “He wanted to be more precise in his operations,” Cau said. “Existing robotic systems didn’t meet his requirements.”

Most robots are designed to quickly execute repetitive movements. The opposite is needed in microsurgery where forces should be limited and high speeds would be reckless. So Cau started from scratch.

“The first thing we did was go to a lot of surgeons and ask them what they really needed to become better at what they do,” Cau said. “What I found most challenging was translating the doctors’ wishes into something that could be implemented in a device. It took some adjustment from both sides.” 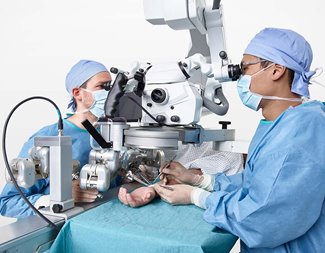 Musa robot can achieve a precision below 10 micrometers. Photo: MicroSure
Through this back and forth Cau discovered that it was important that the robot be integrated into current surgical procedures, that the surgeons remain in total control, and that the price be kept low. To meet these needs, the business end of Musa’s arms use standard surgical instruments. By not relying on expensive disposables, the robot’s price point is far below that of more macro surgical robots on the market.

Keeping the price down also meant abandoning all bells and whistles. “Sometimes they would ask for something really fancy,” Cau said, “but I had to explain that we could of course develop it, but then the price would go up and it would take longer.” Many surgeons, for example, hoped that the joystick that is used to control the robot could offer some amount of force feedback. But when asked if they really felt anything during a conventional surgery the surgeons were unsure—the forces are just too small.

“Then it became a hypothetical question: Is force feedback going to improve surgery or not? If you develop it and it doesn’t work perfectly it will make it worse. You have to do it well or not at all.”

Similarly, digital optical systems could make more information available to the surgeon. But the resolution is not as good as analog microscopes, and using them might bring a slight delay to the image. And the price would go up.

Reader's Choice: The Robo-Doctor Will See You Now

That level of precision means that Musa is likely to have an impact that extends far outside the hospital. Using the robot, novice surgeons are now operating at the same level as experts. “The robot democratizes the surgical performance,” Cau said. “With the robot, patients would get the same level of treatment as if they went to one of the best hospitals in the country.”

Musa has been used in lymphatic surgeries, for instance, on vessels with a diameter of 0.3 millimeters. Such a procedure is virtually impossible to do by hand, with only a few surgeons in the world capable of doing it, and with inconsistent outcomes. With Musa, surgeons can nail it every time.

Currently, the robot relies on the guiding hand of the surgeon at the joystick. But someday it may be able to perform certain surgeries on its own. “I’ve been thinking about automation, but we’re not going to go in that direction right now,” Cau said. “It’s quite a complex task to do a suture on a blood vessel. Maybe in the future, in 20 years.”