A New Way to Clean the Air

A New Way to Clean the Air 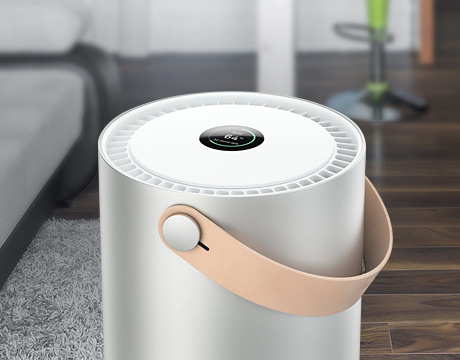 Indoor air is, on average, five times as polluted as outdoor air. It can worsen allergies and asthma, and over the long term can cause respiratory diseases and cancer. Yet today’s air purifiers and HVAC systems use decades-old filtration technology, and they often miss microbes, pollen, mold and nasty airborne chemicals that cause these problems.

A new air-purifying technology could help. Instead of a filter, the device blows air over a photoactivatable catalyst to create highly reactive chemicals that destroy VOCs, pollen and other allergens, and microbes.

Back in the mid-1990s, Yogi Goswami, a solar energy researcher who directs the Clean Energy Research Center at the University of South Florida, had a personal reason to switch gears and investigate air purification technology. His son Delip, who’s now 35, had severe asthma and allergies as a boy, and conventional air filtration devices did not ease them.

In his previous work, Goswami helped develop a solar-powered water purification technology that used sunlight to activate a catalyst, which oxidized organic chemicals to destroy them. “In air, you have mostly organic chemicals, too,” said Goswami, including biomolecules in air-borne pollen, animal dander, mold and microbes. “I saw that we could oxidize them as well,” Goswami said.

Over almost two decades, Goswami and his students and colleagues optimized air flow, light source, catalyst chemistry and more. The resulting device, called the Molekule, uses a fan to pull air over a nanocatalyst - a nanometer-scale material with controlled molecular properties that catalyzes a chemical reaction.

Harmless long wavelength ultraviolet (UV-A) light shines on the catalyst, which is a semiconductor. This kicks out an electron, leaving an electron hole that oxidizes water vapor to create highly reactive chemicals called hydroxyl radicals. These are the chemicals that attack and destroy VOCs, pollen, and microbes.

The device removed all 3.9 million E. coli bacteria that were aerosolized and sprayed into it,according to tests by Goswami’s San Francisco-based startup, also called Molekule. In a company-run trial of 28 people, the device eased self-reported allergy symptoms to that of nonallergy suffers.

The company began selling the device to consumers in May. Later, they hope to adapt the technology for HVAC systems and in cars and airplanes, Goswami said.

For Further Discussion
The resulting device uses a fan to pull air over a nanocatalyst - a nanometer-scale material with controlled molecular properties that catalyzes a chemical reaction.