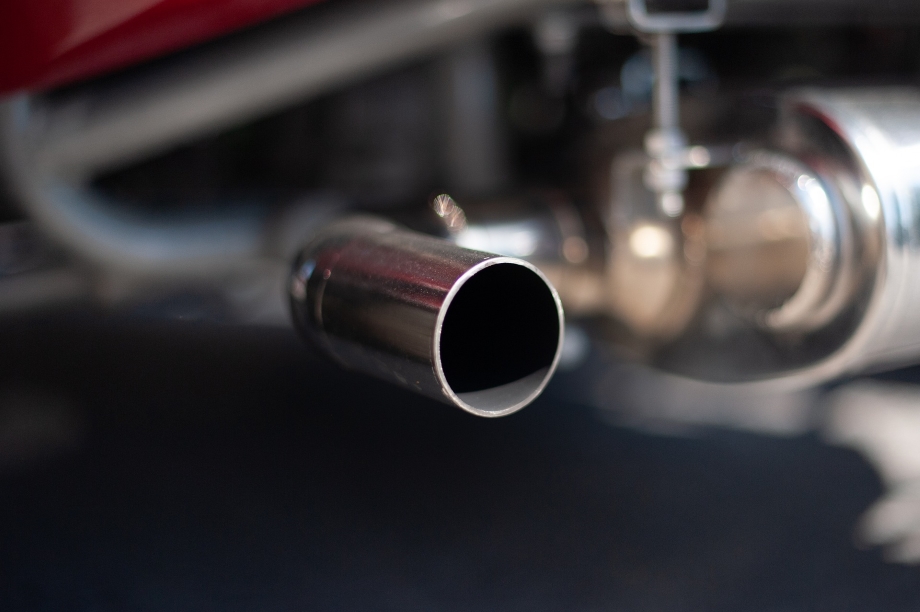 Unlike other beasts, the human animal is currently dependent on energy for survival. Yet, burning gas, coal, and other resources is very inefficient because 20 percent to 50 percent of the energy that goes into running our factories flows right out with exhaust gases, dissipates from hot surfaces, and is spent in cooling waters. Automobiles are even worse. Only about 25 percent of the potential energy in gas tanks ends up being used to make a vehicle operate. The rest is lost to heat.

Recovering any significant portion of that waste would have an enormous impact on the efficiency of our vehicles and our manufacturers. But the existing thermoelectric devices that we might put on our exhaust tubes have a problem: They’re not cylindrical. A slab on a pipe only makes contact along one plane, and, no matter how efficient, it has little potential for interacting with the majority of heat that that pipe might have available.

“Thermoelectric modules are always planar structures,” said Jae Sung Son, a professor in the department of materials science and technology at Korea’s Ulsan National Institute of Science and Technology. “But in real life, heat sources are not planar.” 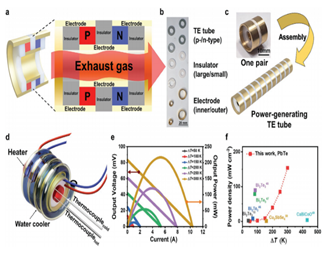 Diagram shows power-generating TE tube made of additvely manufactured tubes.
To solve the problem, Son and a team of researchers at the university created a thermoelectric ink for 3D-printing. It took them years to come up with a recipe that would give them both the right viscoelasticity (the ability to flow and to stretch) and thermoelectric properties. To synthesize such an ink, they used electronic doping with lead and tellurium.

“We had trouble finding a good additive to get the higher viscoelasticity,” Son said. In fact, they failed to find one. “But during the experiment we found that just the usual particles without any additive showed some good properties. For us, that was surprising.”

More for You: Biocomapatible Material Innovation for 3D Printing

The result is an ink that can be printed with a fairly typical 3D-printer, and is described in detail in the paper “Doping-Induced Viscoelasticity in PbTe Thermoelectric Inks for 3D Printing of Power-Generating Tubes,” which appeared in Advanced Energy Material.

After an object has been printed into whatever shape at room temperature, it must be sintered in a furnace at more than 1,400 degrees F. The final product uses temperature differentials to produce electricity, working best when interior temperatures fall between 570 and 1,100 degrees. That’s a perfect range for milking energy from car exhaust and factory chimneys. But there’s no limitation to the size and shape of things produced with the ink. “I think this can work anywhere for any pipe,” Son said.

More for You: How 3D Printing is Advancing in Automotive

Beyond the obvious advantage of being able to create a thermoelectric object of any dimension, the new ink has another advantage: It will drastically reduce the amount of wasted material when compared to other thermoelectric devices. Presently, the synthesized semiconductors used with planar modules are diced into cuboid shapes before being assembled, a process that can waste more than 60 percent of the material. With Son’s ink, hardly any material goes by the wayside.

“If you can recover just a small amount of heat it will already be beneficial,” Son said. “The efficiency difference compared with a module on a plane is an order of magnitude.”