A Classic Toy Pops into Usefulness

A Classic Toy Pops into Usefulness 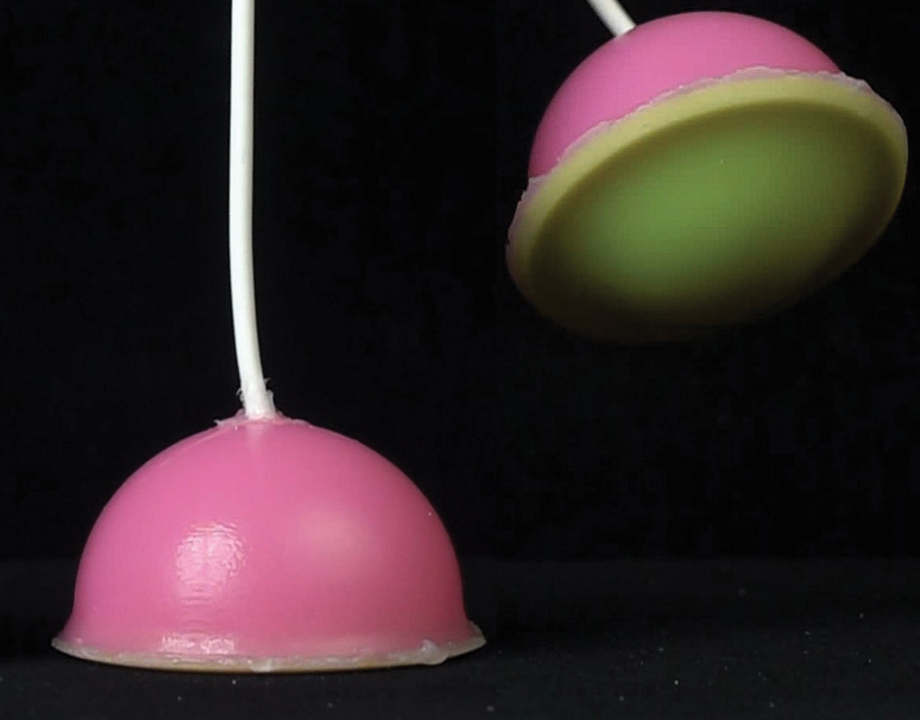 Building Equipment Contractors Electrical Equipment and Appliance Manufacturing Oil and Gas Extraction Robotics
The simplest toys can elicit a disproportionate sense of wonder. They can also dish up a sudden and surprising source of power. Take a half-a-racquetball-like piece of rubber brought home from a child’s birthday party: Invert it, give it a squeeze, and set it on the table, and within seconds it has righted itself and popped several feet into the air.

Now a group of Harvard engineers has found a way to use that mechanism to power a robot.

“If you look at the toy, it is in essence a monostable structure,” said Benjamin Gorissen, a postdoc in the university’s J.A. Paulson School of Engineering and Applied Sciences and the lead author of the paper the team published in Science Robotics. “Release it on a table and it will always go back to its original configuration.” But to have a controlled hopping, popping robot, Gorissen and his colleagues needed the cap to be bistable, to stay in its nearly popped state until triggered to go into action.

To do so they used an inflatable soft actuator, a kind of balloon made of two shells. Uninflated, the curves of two halves sit against each, one inside the other. When air is introduced, the top half blows up like a balloon while the bottom half expands until it inverts itself with a pop. “We can bring it to the very edge of jumping and keep it there,” Gorissen said. “It’s very stable. Then with just a very small input, it jumps. The Venus fly trap does the same thing. It lives in a state just before instability—it just needs the input of an ant to tickle its hairs and then it releases this energy.”

When Gorissen and his team looked into the literature to see what kind of work had previously been done on shell buckling they were surprised to find that the phenomena had been examined in depth. “There’s a massive amount of knowledge on how these things fail, but no one studied what we can do beyond failure.” Gorissen and his team analyzed the pressure volume curve of their inflatable and were to able to pinpoint the area where the energy release occurs.

That release can happen with any kind of rubbery material, but the stiffer the material, the more explosive and powerful the energy release. “Now you can tailor your actuators toward the application,” said Gorissen.

Recommended for You: Soft Computer Logic for Soft Robots

And those potential applications are surprisingly many. Surgical robots, for instance, do well to be soft and are by necessity slow, but it’ll have a tough time moving fast enough to puncture a vein, if such a procedure is necessary. “Now we have a way to create accelerations,” Gorissen said. A needle on one end of the balloon could be popped through a membrane in a safe and controlled way.

On the other end of the spectrum, if, in space, an inflatable needs to puncture another inflatable, it will need some form of sudden energy. Without it a needle attached to one would simply push away the other as they came together. Now one can can puncture the other with a sudden thrust.

Similarly, automatic grippers in manufacturing can be made faster with sudden accelerations but still remain soft—perfect for a tool that needs to pick up eggs.

“All domains that require acceleration now can also be made with softness,” Gorissen said. “It’s inspired by a toy but the applications are way beyond what you would think.”