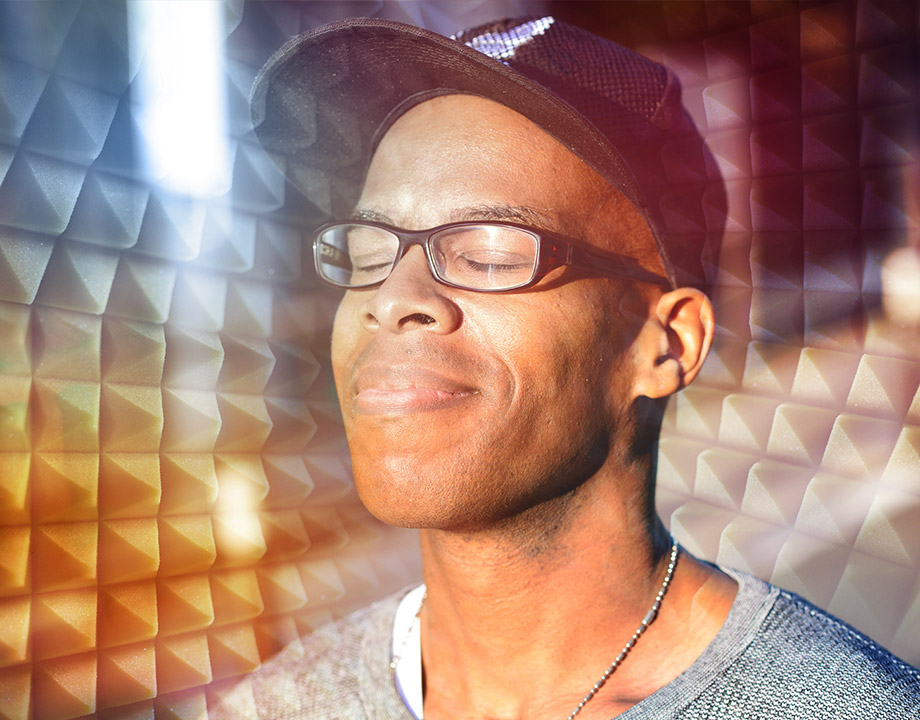 Noise pollution is on the rise, hammering at our health, mental and otherwise. Now, researchers are taking on the task of reversing sound pollution with foams, IoT, metamaterials, and more.

5 Technologies to Bring a Quieter World

Cars, jackhammers, lawnmowers, leaf blowers, jets in the sky, shipping in the ocean, and that is to say nothing of earbuds, speakers, refrigerators, and AC units. It’s undeniable that we live in the noisiest times the world has seen... or heard. And it’s more than irritating. Noise pollution contributes to heart disease, fatigue, low productivity, and, of course, hearing loss. Needless to say, we’re not the only species on the planet hampered by our noise. Whales are put off their feed by sonar, birds are drowned out to the point of having to change their chirps, and bats are foraging with less efficiency.

Technology put the noise there. Now there is technology that’s capable of taking some of it out. Below are five noise cancelling technologies that may soon help dampen the ever-growing racket. 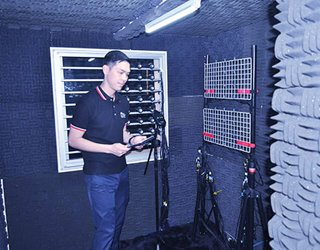 New noise-cancelling device mounted onto window grilles can reduce up to 50 percent of noise from the surrounding environment. Image: Nanyang Technological University in Singapore
Turning Down the Volume on the Open Window

If the world must be cacophonous, our homes and offices, at least, should be a refuge from the clangor. However thick the walls, though, windows are the weak link. If you want to let in light, to say nothing of air, you will also be letting in sound.

Now, researchers at Nanyang Technological University in Singapore have found a solution. They applied the same principle found in noise cancelling headphones: use a microphone to pick up incoming soundwaves, then send out an out-of-phase wave to cancel them out. In this case, the researchers covered a window with a grid of speakers hooked up to a microphone and processor. With the window wide open, the system is capable of cutting noise by 50 percent.

Currently, the researchers are working on reducing the size of the speakers, so they don’t cancel out easing ear strain with an eye sore. 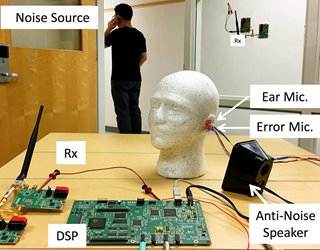 Noise-cancelling system with the wireless IoT relay taped on the room’s inside wall and the ear-device composed of a microphone, an anti-noise speaker, and a DSP board. Image: University of Illinois
Faster Noise Cancellation

The sound sensing and sound emitting that do the cancelling in noise cancelling headphones are found at the same place—the ear. There is not much time between sensing and emitting, so the wave that is meant to cancel is not perfectly out of phase with the detected sound.

That’s why noise cancelling headphones don’t cancel as much as they muffle. Now, researchers at the University of Illinois have found a way to more completely cut the noise. Instead of relying on a sensor at the ear, they take advantage of IoT technology, and place wireless microphones closer to the source of sound. The wireless signal travels faster than the speed of sound, so the emitter has a chance to reproduce the wave at just the right moment.

A person working at a desk that is bombarded by babble, whirring, honks—and whatever else—from multiple sides can use multiple microphones. To free the ear for more local listening, their device is worn behind the ear instead of inside it…giving new meaning to the phrase, “selective hearing.”

Foam Zones
Anyone who has lived next to a dance club or music venue knows walls can smack down higher frequencies, but heavy bass gets through. Now, a team of Russian and Korean researchers have created a new foam that stops the low notes, too.

The team took an off-the-shelf foam used for soundproofing and injected it with a nanopowder. The nanoparticles create nanochannels which capture sound and convert it to heat. In essence, the foam acts like an aerogel, but can be produced at a fraction of the cost. The team says their material is 60 to 100 percent more efficient at cutting sound than existing soundproofing foams.

Similarly, researchers at the University of Adelaide in Australia have created a new soundproofing foam out of graphene. Their self-assembled graphene sheets are “in a grill-shaped cellular skeleton to create optimal air-flow resistance and tortuosity,” as the paper says. That tortuosity cuts sound at least 60 percent better than other soundproofing foams, but it’s also  lighter, stronger, and better at resisting moisture and fire.

Zhiyu Yang has long worked to quiet the world. He has introduced a simple and inexpensive panel that can cut offending sounds better than any wall. All that’s required is a frame, membrane, and platelets of any material. These basic panels could keep the roar of the neighbor’s party at bay, surround construction equipment to help bring peace to a neighborhood, even be sunk into the ground to contain the rumble of trains or other heavy vehicles. Recently, Yang has created a new method for reducing the sound of machines that require airflow, such as an air conditioning unit. His solution is essentially a tube within a tube, where each tube has an opening on opposite sides. The method captures the sound, but lets air flow freely.

Airflow is crucial to some of the noisiest offenders of modern life. The jet engine, for one, does what it’s supposed to do—keep a plane aloft and moving forward—by ejecting a turbulent, howling stream of air. Block that air, and the plane plummets earthward.

Now, researchers at Boston University have created a metamaterial that lets the air through while blocking the sound. For this trick, the thickness of the ring is made of helical channels. As the majority of air passes through the center of the ring, it is met by air that has passed through the helical channels, cancelling the sound. The researchers tested their ring by putting it at one end of a tube, with a loudspeaker playing a tone at the other. The tone was brought to a near hush. At the moment, the ring blocks a narrow frequency band, but they are now working on ways to broaden that band as well as tune it.