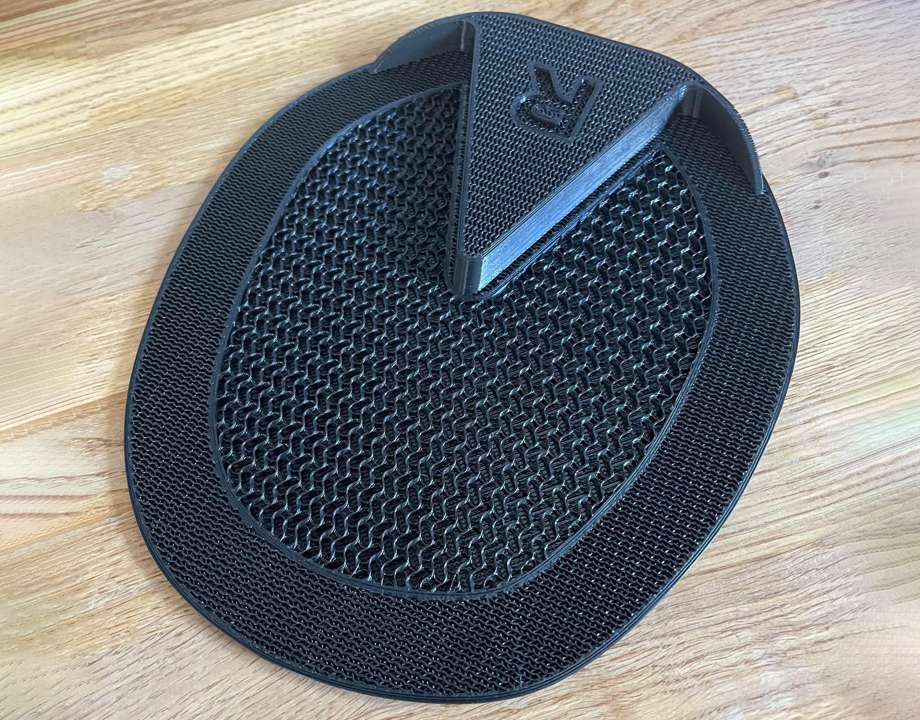 Freda was infected with recurring canker. Her owners had already spent $5,000 with no cure in sight. For an answer, they turned to Andrew Allshorn, a 3D printing expert.

The veterinarian, the stable owner, the farrier, even the researcher from the local university had the best of intentions. They could barely utter the sentence. Their words stung Andrew Allshorn, as they would anyone.

“If you can’t fix her, we’re going to shoot her.” They were referring to Freda, an underweight but still huge Clydesdale with recurring canker, a debilitating foot fungus.

“No pressure,” Allshorn shot back cheekily. He already had a plan almost certain to work. It involved 3D printing, his area of expertise. Allshorn is founder of 3D-Squared, an additive manufacturing consultancy and education provider in Grange-over-Sands, a town in northwest England.

A cure for Freda’s had proven elusive. The vet scraped the fungus from both front hooves, added medication, and bandaged them. But—because she was a horse—Freda would inevitably walk over grass or straw or mulch or mud and pick up moisture from the ground, which caused the canker to grow again. 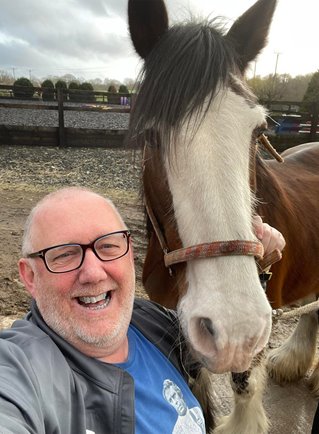 Andrew Allshorn with Freda, the Clydesdale. Allshorn saved her life by developing 3D printed plates to protect her feet.
Anne Wilson, owner of Larkrigg Riding School, where Freda lives, had already spent $5,000 on treatments and knew she’d soon have to give up. Until her recent troubles, Freda, a gentle giant who stands almost six feet tall, was a familiar site for Larkrigg students. The riding school and stable is located near Allshorn in England’s South Lakeland district of Cumbria.

Freda was in obvious pain when Allshorn met her. She hadn’t been able to move about in so long she was underweight and couldn’t be petted; even that was painful.

More on this topic: Is 3D Printing the Future of Manufacturing?

Allshorn got right to work. With his years of 3D printing experience, he knew immediately that 3D printed shields could protect her feet by sealing them from moisture and reinfection.

He tore up a nearby box, placed the cardboard under both her left and her right foot, and traced around her hooves with a pencil; like tracing your hand in kindergarten.

This was no kindergarten project though. Allshorn drew two, crossed lines through the image and took a photograph of it with his smartphone. That way, when he scaled up the image from his phone, he’d have the correct dimensions to import into the SolidWorks computer-aided design software.

“You don’t know if it’s the right size just from your camera, so I needed the two lines on the cardboard for reference points to work from,” he explained. 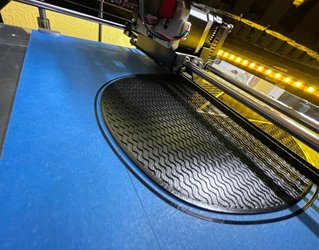 One of Freda’s foot plates emerges from the 3D printer.
He then customized the shields in his CAD software. For one thing, Allshorn needed to include a piece that could fit over the horse’s frog, which is the roughly triangular front of the hoof. He needed to make that area thicker than the surrounding shoe because the horse puts carries its weight on the front. That area of the shield would need to stand up to the weight of the horse.

“You can buy a plate very similar to what I was thinking about,” Allshorn says. “But first, they don’t make them to fit a Clydesdale and, second, they’re solid plastic. We were able to custom design this plate so it was solid in certain and more flexible in others.”

He printed the shield, made from thermoplastic urethane, a type of rubber. That first shield was about 5 millimeters thick, though thickness would vary on future designs.

He also learned an important lesson: just as humans have a left shoe and ta right shoe, so do horses. He’d need to make them differently to fit over the frog of each foot.

After the farrier had fit Freda with that those first plates, he noted the ways Allshorn could make some welcome changes.

“Around the outside he said needed it more solid infill because that’s where he puts the nail and the nails to hold,” Allshorn says. “I made the inside more flexible so if the horse stood on a stone the shield would give a little and wouldn’t hurt the horse.”

Another modification followed. Allshorn added what could be called little wings to either side of the shield that would help clamp to the horse’s shoe.

“Before, he’d had to align horses foot plate and horse shoe and nail it all at the same time. This gave him a hand,” Allshorn says.

Allshort began the project on November 8, 2021. The farrier told him on the day before Christmas that the solution was working. Freda’s feet were on the mend and weren’t picking up moisture.

On January 24, 2022, the farrier put on the last set of plates (they had regularly been swapped out). Soon after, Freda was home free. Her feet had fully healed and canker would not return.

Allshorn marvels that his simple solution was just waiting to be discovered by 3D printers or by farriers and veterinarians who know about 3D printing.

Many simple problems could be solved through additive manufacturing, he speculates, though the first step would be reaching out to the 3D printing community with issues like Freda’s. Or, alternately, 3D printers learning about these problems themselves.

“It’s so nice to see Freda out walking, he says. “I’ll pop around and see her. At first she could only walk 100 yards because she’d lost all her muscle mass. Now, one of the young girls is riding her properly.”

He can pet her now.

“She knows who you are know, which is really nice,” Allshorn says.

Though he’s never ridden a horse before, he’ll start taking lessons at the school, riding Freda right from the beginning.

But he’ll have to wait a few weeks to start. He’s getting married soon and his bride-to-be doesn’t want him showing up at the wedding with a twisted ankle.

“I saved a horse’s life. That’s so wild to me,” Allshorn says. “It gives me satisfaction to know I can help horses all over the world.

Jean Thilmany is a writer in Saint Paul, Minn., who writes frequently about engineering and manufacturing.